WASHINGTON, Aug. 24 (Yonhap) -- U.S. President Donald Trump would further enhance his "America First" policy following his reelection that would include getting allies to pay more for their defense, according to a set of core priorities published Monday by his election campaign.

Under a category named "America First Foreign Policy," the campaign said Trump will seek to "get allies to pay their fair share" when and if elected to a second term. 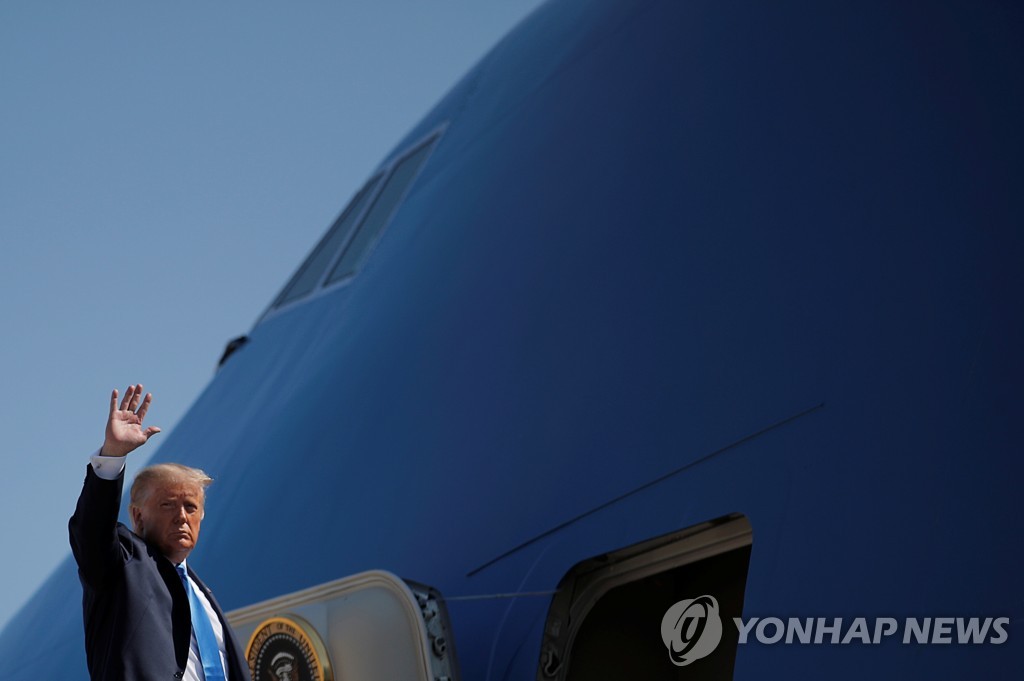 Washington and Seoul are currently in a deadlock over how big of a burden South Korea should shoulder in keeping about 28,500 U.S. troops in South Korea.

Seoul has offered to boost its burden sharing by 13 percent from US$870 million in 2019, but the U.S. is said to be asking its Asian ally to pay $1.3 billion per year, which would mark a whopping 50 percent on-year spike.

Trump is said to have initially sought $5 billion a year from Seoul.

In total, Trump's election campaign listed 49 policy objectives in 10 categories that include jobs, ending U.S. reliance on China and eradication of COVID-19.

Under the first two categories, the campaign said Trump will create 10 million new jobs in the first 10 months of his second term, while also bringing back 1 million manufacturing jobs from China.

The priority on jobs will also include efforts to "enact fair trade deals that protect American jobs," it said.

South Korea has already renegotiated and amended its bilateral free trade agreement (FTA) with the U.S. at the latter's request.

Trump has said the revised Korea-U.S. FTA is "now a great deal for us."

Before it was revised, the Korea-U.S. FTA created jobs only for South Korea, he said earlier Monday.

"We fixed a horrible deal that was made with South Korea, remember? It was a Hillary Clinton special. She said this will produce 250,000 jobs, and she was right, except unfortunately the jobs went to South Korea, not to us," he said while marking a surprise visit to a meeting of the Republican National Convention Committee that formally nominated him for his second term in a unanimous vote.

Trump is set to deliver his acceptance speech Thursday when the Republican Party's four-day national convention will come to end.