SEOUL, Aug. 25 (Yonhap) -- The coronavirus pandemic has robbed South Korea of its only PGA Tour event for this fall.

The PGA Tour and CJ Group jointly announced Tuesday that the CJ Cup @ Nine Bridges, a tournament that has been held in Jeju Island over the past three years, will be staged in Las Vegas this October.

The tournament, now scheduled for Oct. 15-18 at Shadow Creek Golf Course, will be renamed the CJ Cup @ Shadow Creek.

Due to global travel restrictions in place during the pandemic, the CJ Cup would have had trouble drawing big names to Jeju, as it had since its inception in 2017. The tournament at Shadow Creek gives the tour two consecutive tournaments in Las Vegas, with the Shriners Hospitals for Children Open to be held one week ahead of the CJ Cup. 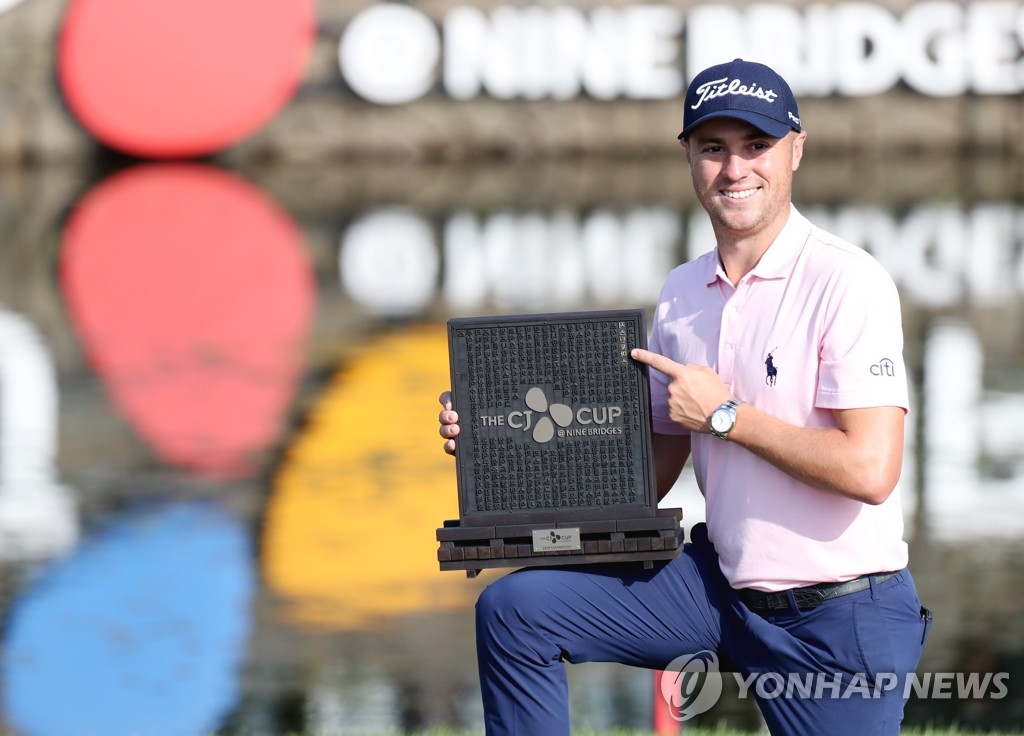 Two former No. 1 players have won the first three editions of the CJ Cup: Justin Thomas capturing the inaugural title in 2017 and returning to the winner's circle in 2019, and Brooks Koepka winning in his Jeju debut in 2018.

"While our players have always looked forward to visiting Korea, the current circumstances provided this new opportunity to bring the event to Las Vegas, which will also provide brand exposure and awareness to the viewing audience in the United States and around the globe, said Ty Votaw, the tour's executive vice president of international operations. "We are confident this year's event will showcase a stellar field while bringing the CJ Group's brand values to a new time zone."

Thomas, the two-time champion, said the CJ Cup "quickly became one of my favorite events" on the tour and added he'll miss the hospitality shown by the Korean community.

"It's unfortunate that we won't be able to travel to Korea for this year's event, but it is fantastic that we will still be able to shine a light on CJ Group through the tournament at a venue like Shadow Creek," the 13-time PGA winner said.

The CJ Cup will once again have a 78-man field, featuring the top-ranked South Korean player from the Asian Tour's money list, up to five players selected by the Korea PGA, and the top three South Korean players available from the world rankings -- all designed by CJ Group to help develop men's golf in the country long known for its dominance in women's golf.

The rest will be filled up by top players from the FedEx Cup standings.

Shadow Creek is a private club north of Las Vegas, best known for hosting a Thanksgiving, pay-per-view exhibition match between Tiger Woods and Phil Mickelson in 2018. 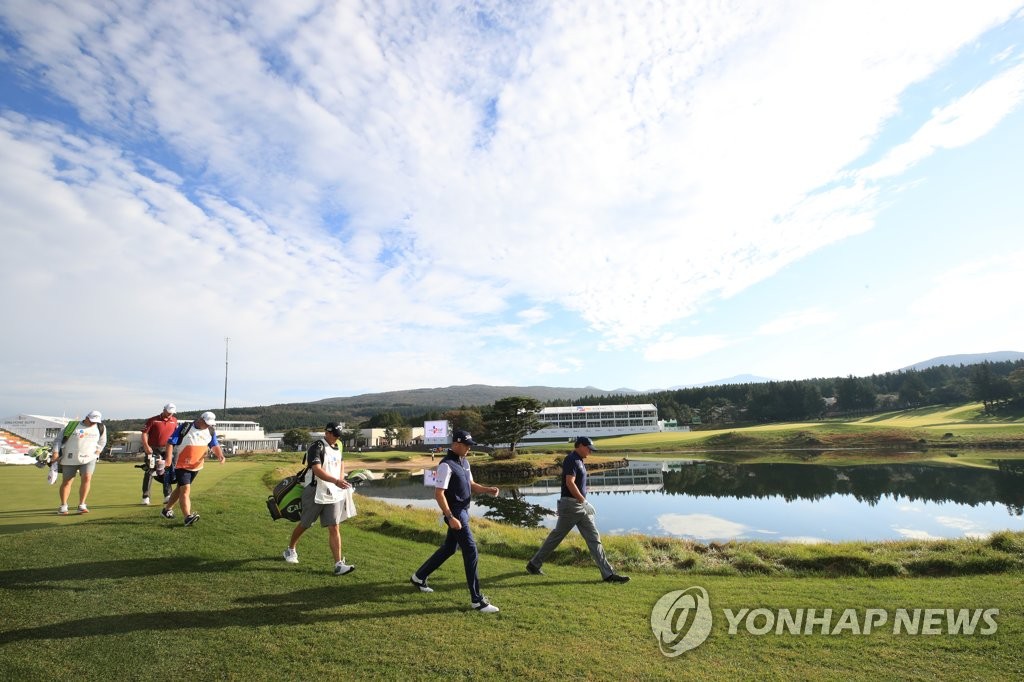 PGA tournament in S. Korea moved to U.S. due to coronavirus

PGA tournament in S. Korea moved to U.S. due to coronavirus