(ATTN: UPDATES with minor edits in para 13, details on doctors on strike in paras 20-23)

SEOUL, Aug. 25 (Yonhap) -- Tens of thousands of doctors will go on a full-scale strike as scheduled this week in protest of the government's medical workforce reform plan and proceed with a rally in a non-contact manner amid spiking virus cases.

Doctors, including interns and resident doctors at general hospitals and practitioners at neighborhood clinics, plan to begin a three-day nationwide strike starting Wednesday to protest the government's move to increase the number of medical students, according to the Korean Medical Association (KMA), which has some 130,000 members.

The collective action comes as thousands of trainee doctors have already been staging an indefinite strike since late last week, calling for the government to scrap the plan.

The move spawns concerns about disruptions in the health care system at a time when the country is struggling to contain the uptick in new coronavirus cases. 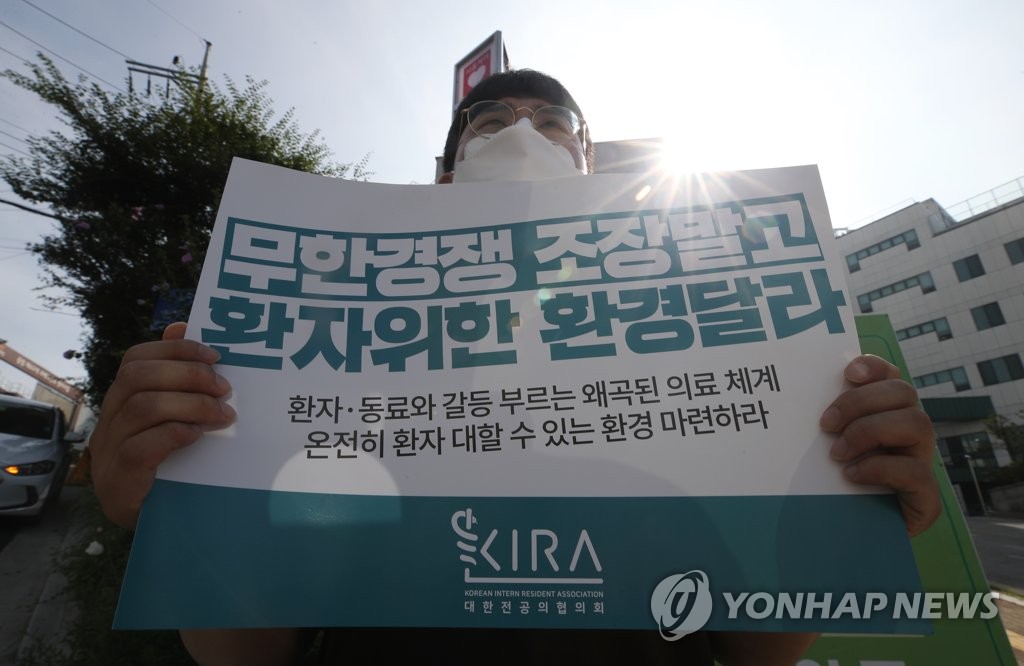 Calling the government's move a "hasty and unilateral" decision, trainee doctors launched an indefinite strike Friday on a staggered basis, and such doctors at all levels are now staging the collective action.

But Wednesday's move is feared to have far-reaching impacts on the health care system as patients have already suffered damage stemming from the latest walkout at hospitals.

Some major general hospitals in Seoul said they cannot receive critically ill patients at emergency rooms due to a lack of medical staff. Outpatients had either longer waiting times to meet doctors or saw their appointments with doctors delayed. Even surgery for brain tumors was put off.

"Outpatient treatments done by medical professors are in operation. But we cannot help curtailing surgery schedules as trainee doctors went on the walkout," a Samsung Medical Center official said. 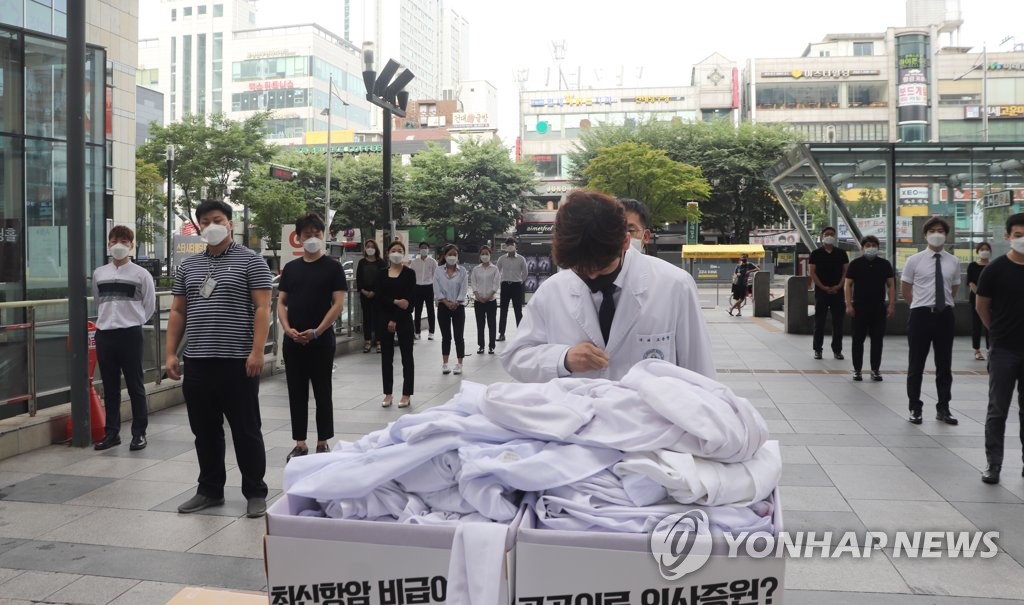 The health ministry warned Saturday that it will soon issue a return-to-work order to trainee doctors who are on strike, as part of its strong response to their strike.

The government said it plans to put the reform plan on hold until the COVID-19 pandemic is brought under control in the greater capital region. The medical sector rejected the offer as "political rhetoric," calling for the government to scrap the policy.

Apparently burdened by protracted tensions amid the pandemic, the government and the medical sector have sought to solve the contentious issue through dialogue.

Prime Minister Chung Sye-kyun met representatives from the Korean Intern and Resident Association (KIRA) and the KMA earlier this week.

During the meeting, trainee doctors agreed to participate in medical services to respond to the novel coronavirus outbreak, signaling that KIRA members will return to work on a limited basis.
Both sides agreed Tuesday to launch working-level consultations. But the talks have yet to generate a major breakthrough, prompting the KMA to press ahead with the full-scale walkout.

The government said it will seek to find a solution with leaving all possibilities open for "sincere" talks with the medical sector.

The health ministry remains cautious about issuing a return-to-work order to striking trainee doctors as it will involve mandatory enforcement.

"It is not appropriate to bring up the issue as we are in talks with the medical sector," Son Young-rae, a senior health official, said in a briefing.

The official added that the government has gone into emergency mode, with district-based state health centers to respond to a potential vacuum in treatment.

"Community health service center will be mobilized to the fullest so as to reduce serious shortfalls in medical services offered to the public," Son said.

He said that the move by medical students not to take doctors' exam is a source of grave concern and hoped that such a situation will not occur.

The ministry said that 58.3 percent of the 10,277 trainee doctors working at 200 hospitals scross the country are on strike, although the percentage for so-called fellows physicians and clinical instructors stood at just 6.1 of the 2,639 total. 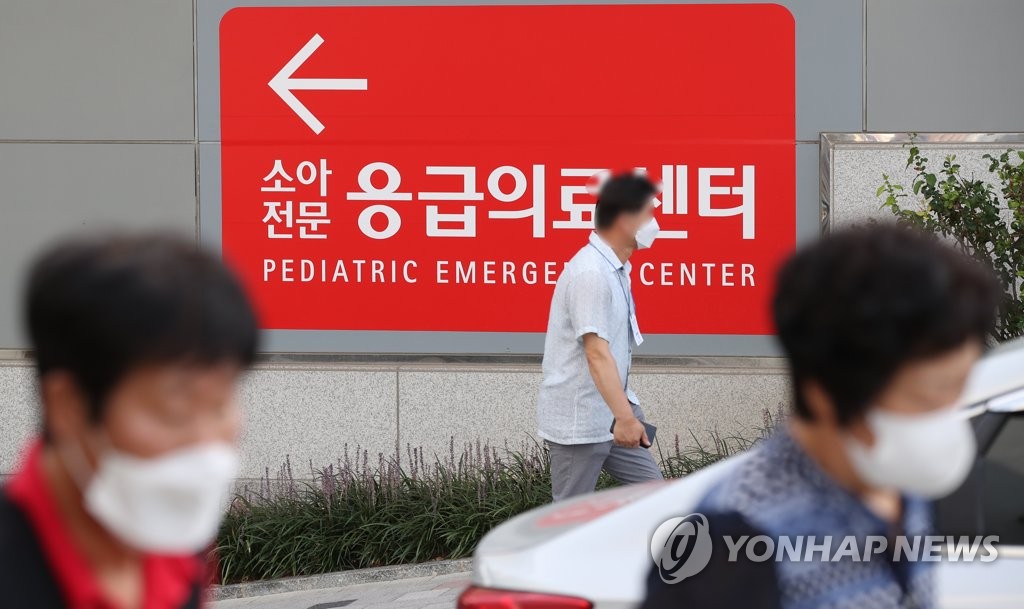