SEOUL, Aug. 25 (Yonhap) -- South Korean pupils in Seoul and its surrounding areas will return to full remote learning, starting Wednesday, as the country has lately experienced a resurgence of the novel coronavirus and concerns are growing over school safety.

The Ministry of Education announced Tuesday that all school kids, including those in kindergartens, in Seoul, Incheon and Gyeonggi Province will stay at home and take online classes until Sept. 11, as a preemptive measure to slow the spread of the highly infectious virus.

The emergency policy, announced in a joint briefing by the ministry and the education offices of Seoul, Incheon and Gyeonggi Province, does not apply to high school seniors, who are scheduled to take the national university entrance exam in early December.

Small-size schools of less than 60 students and special education schools are given autonomy in whether to follow the ministry's instruction. 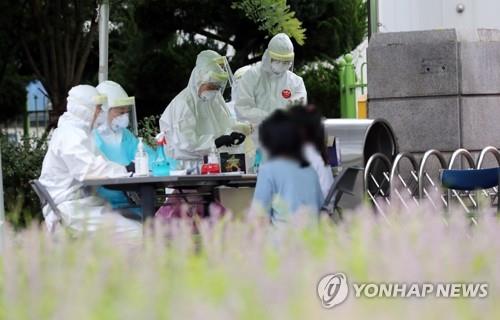 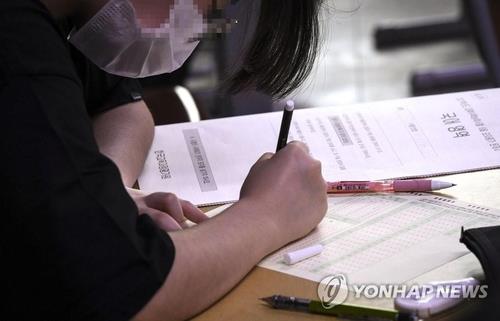 The sharp policy reversal is a response to what health authorities described as the biggest crisis yet since the pandemic began early this year.

The country, once seen as having successfully tamed the virus, has reported infection cases in the triple digits since mid-August, a rate that has alarmed the ministry, which believed in-person learning at school was possible even during the pandemic if thorough anti-virus measures were enforced.

Amid a spike in new infections, a record number of 2,100 schools halted in-person classes Tuesday, breaking the previous record of 1,845 from Monday. Some schools shut down as a preemptive measure.

Of the total, 40 percent were located in the greater Seoul area, with 157 in Seoul, 524 in Gyeonggi Province and 167 in Incheon. Over the past two weeks, 166 students and 46 teachers and faculty members have tested positive for the virus in the area. 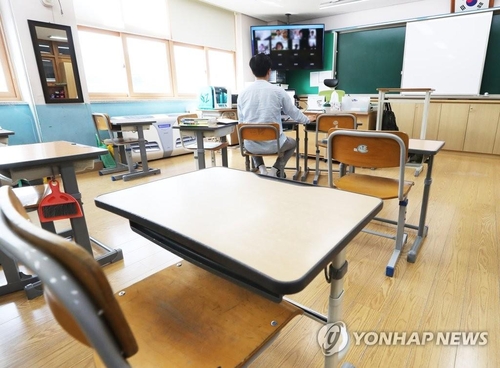 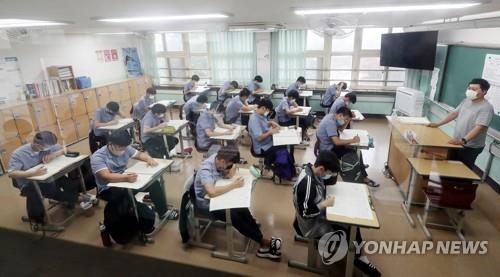 During the briefing, Education Minister Yoo Eun-hae stressed the need to minimize disruption to the academic schedule due to the spread of the virus, particularly in the run-up to the annual College Scholastic Ability Test (CSAT) slated for Dec. 3.

Approximately 480,000 students are expected to take the state-run test, which was postponed once by two weeks earlier this year.

"The most urgent thing right now is to quickly bring the spread under control so as to administer CSAT as scheduled," Yoo said, citing the importance of the test for high school seniors.

But she did not give a direct answer when asked if the ministry has a contingency plan in the event that the pandemic further deteriorates and near lockdown measures are put in place.

The country carefully instituted a phased reopening of schools, starting May 20, amid a slowdown in new cases. Since then, 307 students and 74 faculty members and teachers have tested positive for the virus. The numbers rose by 22 and four, respectively, from a day ago.

The government on Saturday expanded the Level Two guidelines of the three-tier system around the country, as COVID-19 cases were confirmed in all of the country's 17 major cities and provinces, a grim sign that the country might have entered a national epidemic. Previously, it had been imposed in the greater Seoul area.

When Level Three is enforced, all schools nationwide are required to switch to remote learning.

The ministry said it will decide whether to further extend the measure after closely monitoring the spread of the virus until Sept. 11.

The policy for the rest of the region remains the same, with attendance capped at one-third in elementary and middle schools and two-thirds in high schools, and with schools offering a mix of in-person and remote instruction. 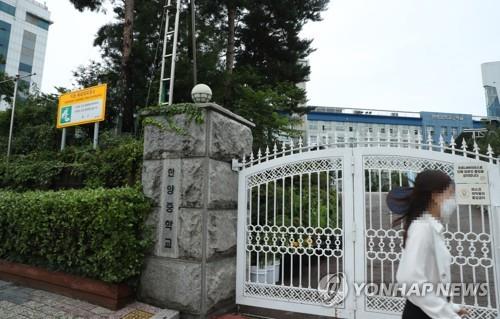 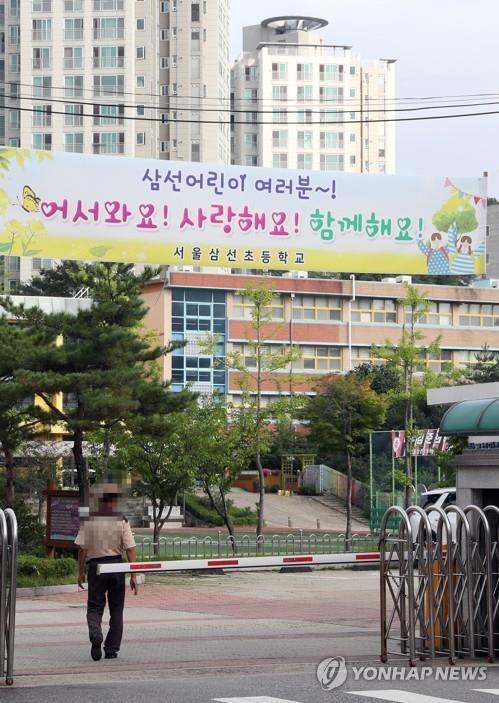