Samsung has sold 60,000 units of the Galaxy Watch 3 smartwatch since its launch on Aug. 6. The figure is triple of the sales of its predecessor, the Galaxy Watch Active 2, over the same period, according to the sources.

In particular, first-day sales of the Galaxy Watch 3 reached 7,000 units here, the largest among Samsung's smartwatch products, they added.

The Galaxy Watch 3 comes in two models -- a 41 mm variant with a 1.2-inch display and a 45 mm version with a 1.4-inch screen. The latest smartwatch has a rotating control bezel instead of the touch bezel used in Samsung's previous smartwatches.

Sales of the Galaxy Buds Live wireless earbuds surpassed 300,000 units over two weeks since its launch on Aug. 6, according to the officials, which is nearly three times more than its predecessor, the Galaxy Buds Plus.

The Galaxy Buds Live in mystic bronze was the bestselling model, accounting for half of the product's sales. 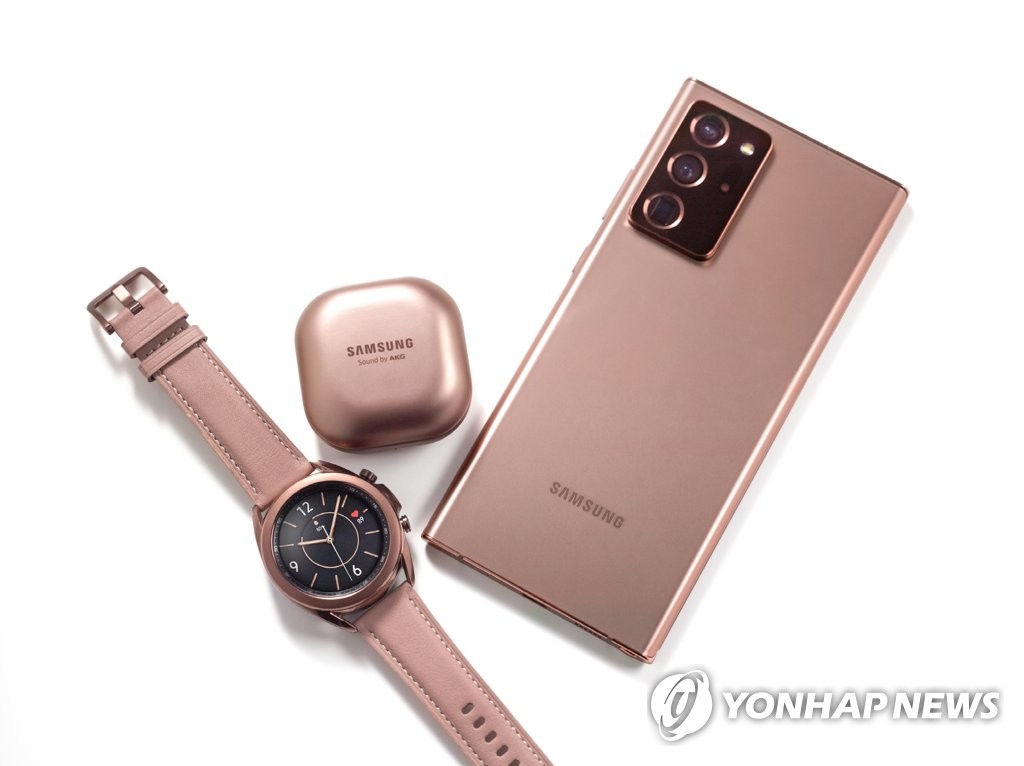