SEOUL, Aug. 25 (Yonhap) -- President Moon Jae-in called Tuesday for a "pan-governmental emergency response" to the rapid spread of COVID-19 and its impact on the economy.

He said he would resume chairing an emergency economic council session in person, if necessary, as he spoke at the outset of a weekly Cabinet meeting at Cheong Wa Dae.

Moon instructed the government to "concentrate its efforts on stabilizing employment, minimizing economic damage and mapping out measures for economic recovery," along with the operation of an emergency anti-virus system. 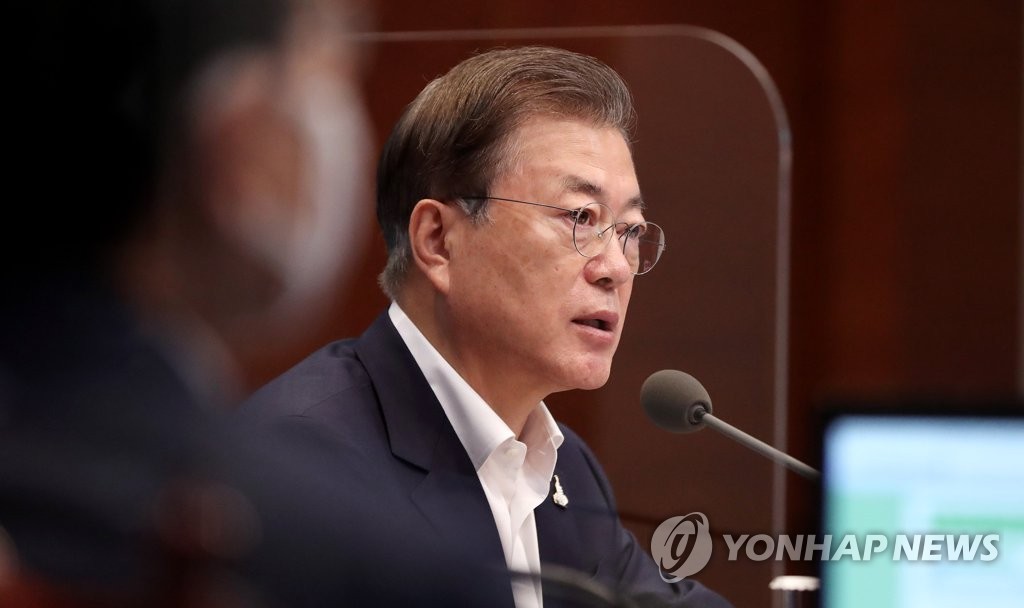 "If needed, (we) will be able to hold an emergency economic council meeting chaired by the president," he said. Moon presided over six rounds of such weekly meetings from March 19, during which he approved a set of major plans, including the allocation of supplementary budgets, to minimize the economic fallout of the coronavirus.

He described winning the coronavirus fight and economic recovery as "two rabbits" that South Korea must catch together.

"I would like you to keep in mind that the emergency economic response this time should be done in a way that harmonizes with efforts to contain the virus," he emphasized.

The two are not separable, he pointed out, saying that succeeding in the anti-virus fight is to revive the economy.

He added the strengthening of anti-virus measures is a "short cut" to economic recovery, as well as the protection of the people's safety and lives.

Moon expressed concern about the economic impact from the recent sharp spikes in confirmed coronavirus cases across South Korea.

In particular, he added, domestic consumption and demand, which have shown signs of recovery, may shrink again. 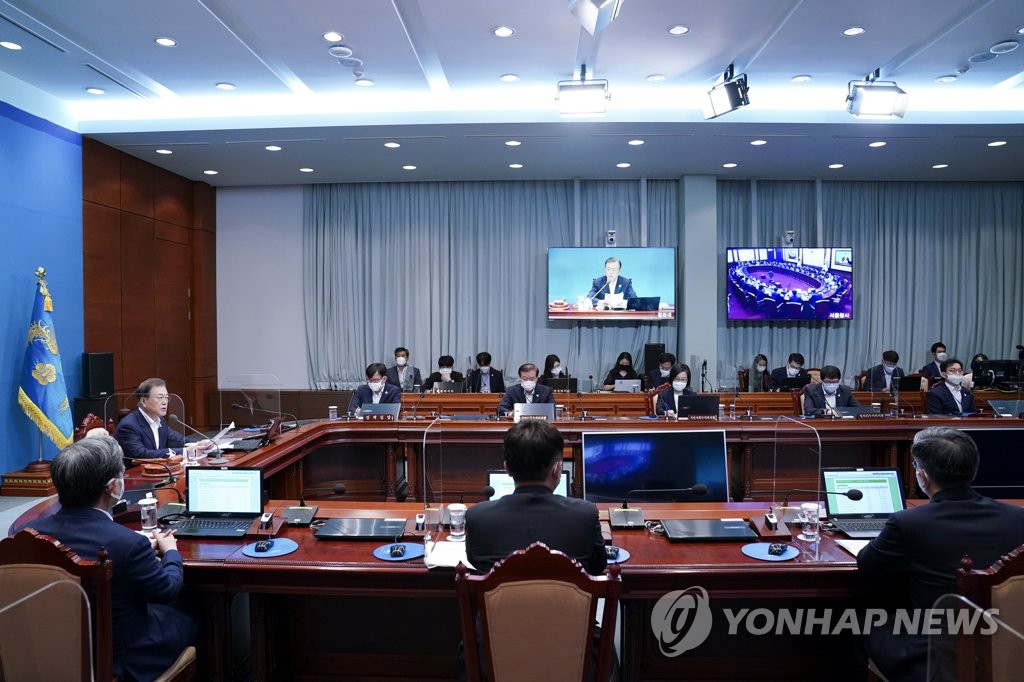 The president, nonetheless, voiced confidence that South Korea will get ahead of other advanced countries in terms of economic recovery.

"The government's goal is to achieve a rebound beginning in the third quarter (of this year)," he said.

He again cited the OECD's assessment that South Korea has done better so far than other members of the group in economic response to the pandemic.

The nation's gross domestic product is estimated to shrink 0.8 percent in 2020, less than the OECD average of 7.5 percent, it said in a recent report.