SEOUL, Aug. 25 (Yonhap) -- As South Korea is on the cusp of a potential second wave of mass new coronavirus infections, a debate is brewing over whether and to whom the government needs to provide a second round of emergency handouts.

After the country doled out its first COVID-19 response handouts in May, the need for another round of emergency financial support has been floated since mid-August following a recent surge in virus transmissions nationwide, especially in Seoul and its surrounding cities.

Calls for the additional emergency handouts picked up further traction this week as the government is tinkering with the option to elevate its social distancing requirement to the toughest Level Three to curb the rapid spread of the virus.

Putting it on the back burner, however, the presidential office, the government and the ruling party have recently decided to refrain from any formal discussion on the issue so as to better focus on the matter at hand -- containing the spreading virus.

"There are various opinions on (a second round of) disaster relief handouts, but we decided to focus on efforts to stem the virus' spread for now," a ruling party lawmaker said after attending the tripartite meeting last Sunday.

They will deliberate on economic countermeasures, possibly including emergency handouts, in the future after gauging the recent virus surge's economic impact, according to the lawmaker. 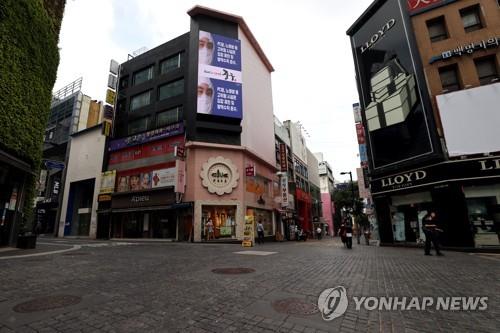 Despite the latest policy position on the issue, a political debate continued on whether the stimulus payment is necessary and, if it is, whether it should be given to all as it was with the first round in May.

All South Korean nationals were given the government grants of up to 1 million won (US$843.30) for a family of four or more, or 400,000 won for a one-person household, in the first round. This cost the government nearly 14 trillion won in total.

Ahn Cheol-soo, the head of the minor opposition People's Party, is opposed to another round of stimulus checks. He said Monday that, "(One) should guard against the vicious idea and behavior of populism taking root," making his objection clear.

Politicians on the both sides of the aisle in general, however, are united in supporting a second round of emergency handouts, including the leading candidate for the ruling Democratic Party's new chairmanship, Rep. Lee Nak-yon, and Kim Chong-in, the interim leader of the main opposition United Future Party (UFP).

They differ over to what extent the envisioned stimulus checks should be provided as well as how to finance the big budget spending, with opinions varying even among members of the ruling party.

UFP leader Kim is in favor of a graded payment scheme that could benefit people in lower income brackets.

"In terms of giving out emergency handouts, they should be prepared while closely minding where they need to go so as not to compound the (wealth) polarization problem," according to the UFP leader on Monday.

Another UFP official also prodded the government and the ruling party Monday to move quickly on the stimulus payments, saying "there's no time to be wasted."

Gov. Lee Jae-myung of Gyeonggi Province claimed that the payment should go to all and that doing otherwise would be in violation of the equality guaranteed in the Constitution.

"Some claim that the payment should go to only a certain amount of people ... (but it) falls foul of the Constitution's equality principle and could spawn national division and confrontation," Lee said in a Facebook post on Monday.

Hitting back, however, Rep. Lee Nak-yon said the handouts should be doled out in a way that benefits people more in need.

"There was a kindred discussion during the first round of emergency handouts, but they were given to all then due to (difficulties concerning) administrative procedures and the public's reception," Lee said in a press release Monday.

He said that this time the amount of assistance needs be graded in accordance to a recipient's economic status.

Joining the debate, Rep. Jin Sung-joon of the ruling party argued that the bottom half in terms of income level should be entitled to the stimulus handouts.

Also roiling political circles has been the major setback a further round of emergency handouts could inflict on the country's fiscal health.

Appearing on a parliamentary session on Monday, Finance Minister Hong Nam-ki told lawmakers that "the government would be forced to rely 100 percent on the issuance of national bonds" if the second stimulus checks are to be doled out.

On Tuesday, South Korea reported 280 new COVID-19 cases, the 12th day in a row the daily tally increased by a triple-digit number. The accumulated cases during the past 12 days were well over 3,000.

President Moon Jae-in said Monday the government would have no choice but to consider raising the country's social distancing requirement to Level Three if the recent surge is not contained.

On Tuesday, the Gyeonggi governor again appealed for the government's swift action on additional emergency handouts.

"We have no time to waste (thinking about) foolish ideas like graded payments that will only stir division and tension," Lee said in a Facebook post, calling for assistance for all.

"Today's economic crisis originated not from supply but from a shortage in demand," he said, noting that a new round of emergency handouts would also boost demand and prop up the economy. 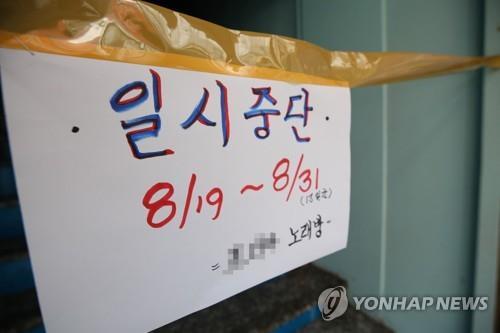 (LEAD) Political debate brewing over second round of emergency handouts

(LEAD) Political debate brewing over second round of emergency handouts