The Korea Meteorological Administration (KMA) said that as of 3 p.m., the eighth typhoon of the season and the most powerful to hit the nation this year, was traveling northward at 12 kilometers per hour from waters 400 km south-southwest of Seogwipo on Jeju Island. Its central pressure was 955 hectopascals, with its maximum wind speed recorded at 40 meters per second. 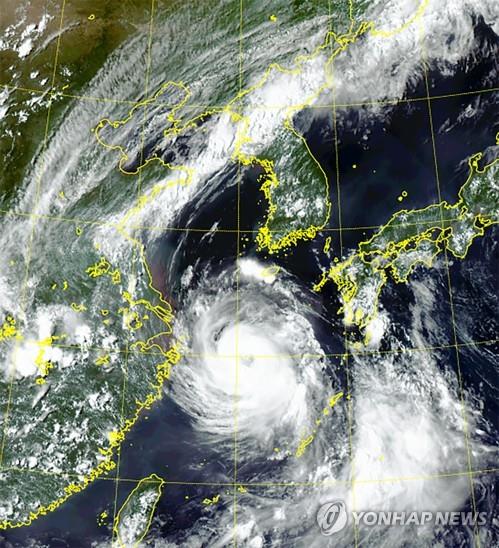 The KMA forecast that Bavi, now classified as a very powerful mid-sized typhoon, is expected to gather strength while passing over warm sea waters near Jeju with temperatures of around 30 C, which is 1 to 2 degrees higher than usual.

It will then slightly lose strength while traveling along the Yellow Sea coasts with comparatively lower water temperatures but will maintain its powerful force before making landfall.

Due to the approaching typhoon, Jeju is to be hit by very powerful winds with speeds of 10 to 20 meters per second, or instantaneous maximum speeds of 40 to 60 mps, from Tuesday night, the agency warned.

Typhoon Bavi is forecast to be closest to the southern island Wednesday afternoon and move north along the nation's west coast before making landfall in North Korea's Hwanghae Province on Thursday.

The typhoon will also move nearest to Seoul Thursday morning, while bringing very strong winds and heavy rains to the entire nation, the KMA said.

Therefore, the southwestern coastal areas in the Jeolla provinces will be affected by very strong winds with maximum instantaneous speeds of 40 to 60 mps, or 144 to 216 km per hour, while the instantaneous wind speeds will also reach up to 35 mps in Seoul and other western and southern coastal areas, it warned.

If wind blows at speeds of between 40 to 60 mps, people cannot walk around and facilities can be blown away, damaged or broken.

The KMA cautioned that the typhoon is expected to disrupt aircraft operations in most parts of the country and deal significant damage to street and agricultural structures, among others. 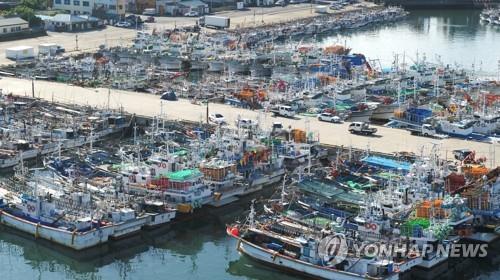 With a wind shear alert already in place on Jeju, the island's airport authorities canceled six flights, including a Korean Air flight set to depart from Seoul to Jeju, as of 4 p.m. and plan to cancel almost all flights slated for Wednesday.

At a beach on Jeju, five vacationers were swept away by swelling waves Tuesday morning. They were all recovered by authorities but one of them died at a hospital later.

Central and provincial governments have already ordered all public officials to brace for the onset of one of the strongest typhoons to hit the peninsula, strengthen inspections of vulnerable facilities and ensure that the powerful winds do not disturb the ongoing anti-coronavirus quarantine efforts.

Rain will gradually expand from Jeju to the southern regions Wednesday morning and the central regions in the afternoon. Rain will continue nationwide until Thursday.

Precipitation is forecast to reach 100 to 300 millimeters on Jeju Island and in the southwestern provinces of Jeolla over the next three days, while other areas will receive 30 mm to 150 mm in the same period, the KMA said.

The agency has already issued a typhoon alert for the high seas south of Jeju and a preliminary wind-wave alert for the seas around Jeju and the southern and southwestern coasts.