SEOUL, Aug. 25 (Yonhap) -- North Korea is staying on high alert to minimize damage from an approaching powerful typhoon, state media reported Tuesday, as the country is still struggling to recover from the aftermath of recent heavy downpours.

Typhoon Bavi, which is currently on its way toward the Korean Peninsula, is expected to make landfall on the North's southwestern province Thursday. The eighth typhoon of the season is forecast to pack strong wind gusts and heavy rains.

North Korea has issued a typhoon warning and enforced various measures to minimize damage and disruptions to its people and major facilities, according to the Korean Central News Agency.

Water pumps were brought to drain water from coal mines, and power generation plants are being closely monitored for any possibility of damage from lightning and wind gusts, the KCNA said.

State media said that efforts have also been made to stave off landslides near railways and that ships along its western coast have been evacuated.

North Korea sees the approaching typhoon as possibly much stronger than Typhoon Lingling, which devastated many areas of the country last September.

Typhoon Bavi is nearing North Korea at a time when the North is still reeling from damage from recent heavy downpours, which inundated large swaths of its farming areas and destructed homes and buildings.

In a recent politburo meeting, leader Kim Jong-un said that flood damage rehabilitation and restoration of living conditions should be carried out as "an important political work for celebrating the 75th birth anniversary of the Party as a genuine holiday of the people and a revolutionary holiday." 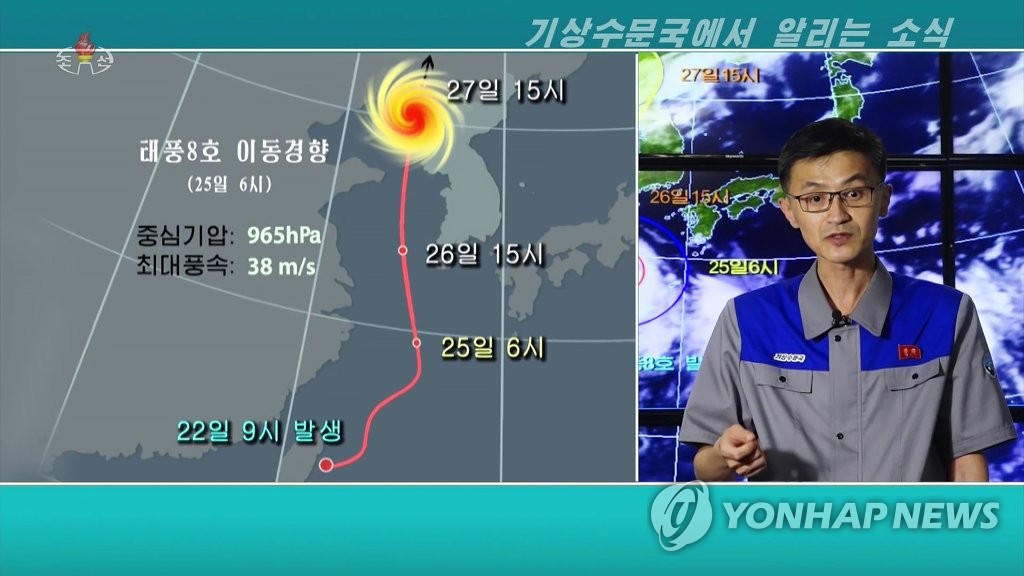 N. Korea stays on alert against powerful typhoon as it reels from recent flood

N. Korea stays on alert against powerful typhoon as it reels from recent flood