During a radio program of American Forces Network (AFN) Korea, the commander also said he is "absolutely confident" that South Korea will put the recent wave of COVID-19 under control and that USFK will continue to adhere to the host nation's anti-virus guidelines.

All USFK-affiliated individuals arriving in South Korea are required to undergo a virus test and are quarantined for 14 days. A second test is also a must to be released from isolation, the commander stressed.

From around July, USFK reported a drastic increase in confirmed cases among incoming service members and related military individuals. Out of 166 total USFK-related infections so far, 142 were confirmed upon their arrivals here.

Amid growing calls for tougher entry restrictions, the U.S. has required all service members heading overseas to put themselves in two weeks of self-quarantine and take coronavirus tests before departures.

But the U.S. decided to ease the requirements for those heading to South Korea, asking them only to submit a negative COVID-19 test result before departures starting on Aug. 30 without having to go into self-quarantine, according to Stars and Stripes, a U.S. military newspaper.

"The modification is to ensure that the newcomers only have to do one 14-day quarantine," a USFK official said earlier. 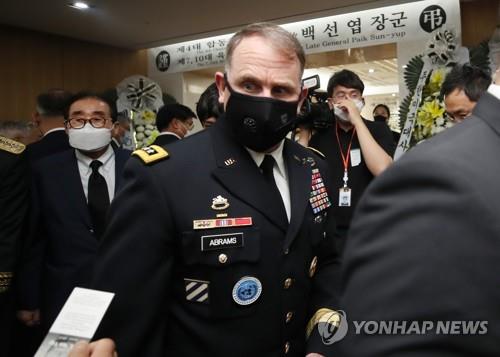 USFK's recent elevation of its health protection level is a preemptive step, and the tougher guidance has well been implemented, according to the commander.

"The threat outside the bubble is growing, while we are doing an excellent job maintaining a suppressed COVID environment on our bases. So, out of the abundance of caution to protect our people, we go to HPCON Charlie," Abrams said, citing the Health Protection Condition Level (HPCON) Charlie, or HPCON C.

South Korea has seen a drastic surge in the number of new coronavirus patients since mid-August. On Tuesday, the country reported 280 new virus cases, including 264 local infections, according to the Korea Centers for Disease Control and Prevention (KCDC).

"I have 100 percent absolute confidence that, the KCDC and the ROK government, they will get this recent outbreak suppressed. I have got no doubt about it," Abrams said, praising South Korea's anti-virus operation center that "rivals any military operation center."

USFK is also assessing the local situation regarding its possible increase of the country's social distancing scheme to the highest, or Level 3, the commander stated.

"We just need to be aware of it, and what I've asked our staff to do is in anticipation of a potential decision and is to sort of lay out what that means in plain terms. So when it does happen, we can continue to be good guests here and abide by their government's guidance," Abrams said. 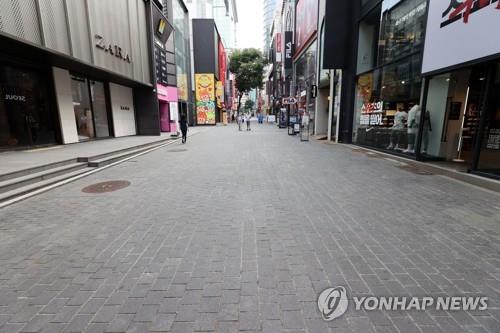