The unconditional approval is the second of its kind for the ongoing business combination, following the similar verdict made by Kazakhstan in October, 2019.

KSOE, which is the sub-holding company of Hyundai Heavy Industries Group, submitted its merger request to the city state last September, with Singapore conducting first and second stage reviews. 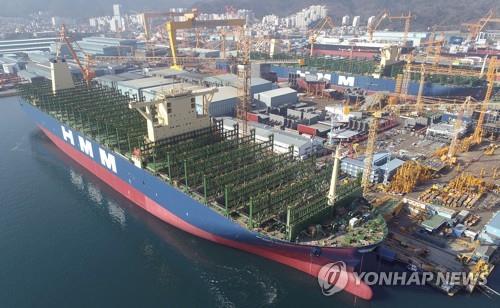 "Initially Singaporean authorities did express reservations on fair competition and potential fallout for consumers, but these concerns were fully alleviated," a KSOE official said.

The latest decision is expected to positively impact anti-trust reviews being carried out by the European Union, China and Japan.

In March 2019, Hyundai Heavy Industries signed a contract to buy a 55.72 percent stake in Daewoo Shipbuilding. The deal can lead to the creation of the world's biggest shipbuilder with a global market share of around 21 percent.

If the acquisition deal goes ahead, Hyundai Heavy Industries Group will have four shipbuilders under its wing.