AUCKLAND, Aug. 25 (Yonhap) -- A New Zealand advocate for sexual assault victims has expressed disappointment towards the South Korean foreign minister's recent apology over sexual abuse allegations against a Korean diplomat in the Oceanian country, according to a news report Tuesday.

A former New Zealand employee at South Korea's Embassy in Wellington has accused a senior South Korean diplomat of groping his body on three occasions in 2017, a case that has drawn attention after the country's Prime Minister Jacinda Ardern raised the issue in last month's phone talks with President Moon Jae-in.

On Monday, South Korean Foreign Minister Kang Kyung-wha in a meeting with senior officials made an apology over the case. According to the minister's office, Kang stated that the case has been "a diplomatic burden" for the government and apologized "for causing concern to the public."

Louise Nicholas, a New Zealand advocate for victims of sexual assault, however, expressed frustration with Kang's apology for it not addressing the victim himself.

"He's quite distraught over (the apology) and I don't blame him at all," Nicholas, who has been supporting the victim, said in an interview with New Zealand broadcaster Newshub.

Nicholas added, "There's no apology or anything for him, and that's gut wrenching."

The senior South Korean diplomat in question was moved to a new post in the Philippines in 2018 and was disciplined with a reduction in salary for a month over the case. He was recently recalled home after the case resurfaced.

Kang has stressed that the ministry will apply stricter standards for sexual misconduct cases in the future, regardless of the time of the occurrence, and ordered the bolstering of related regulations and education.

Last week, the foreign ministry said it is considering resuming arbitration to settle the sexual abuse case after recently receiving a request from the complainant. 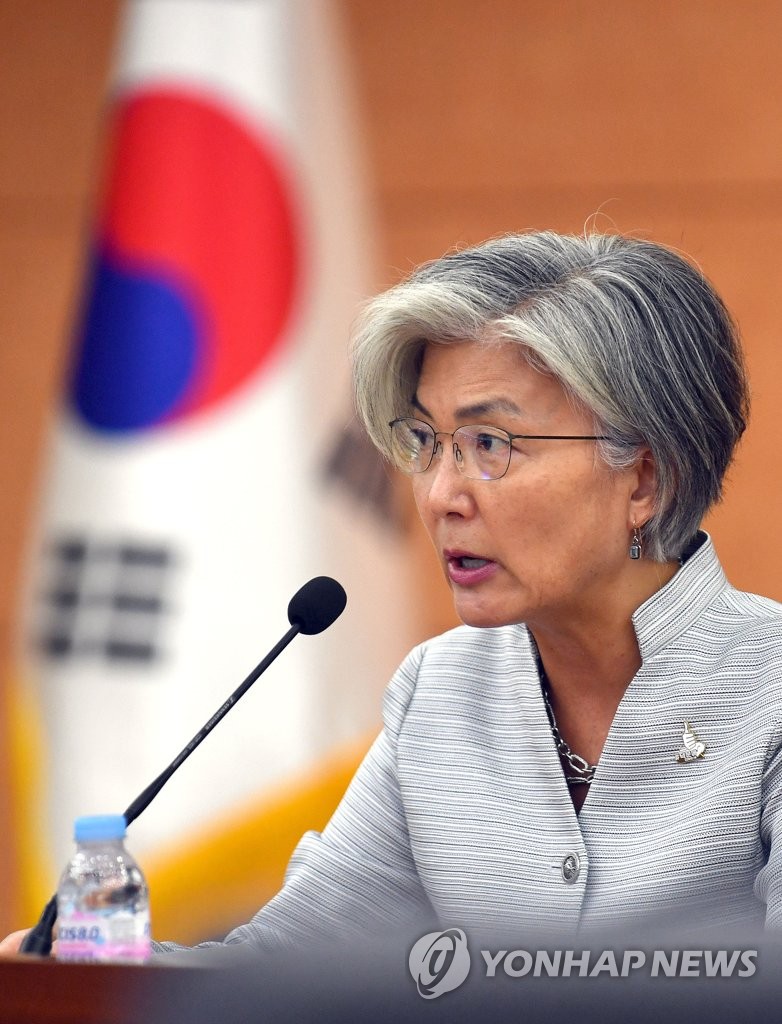