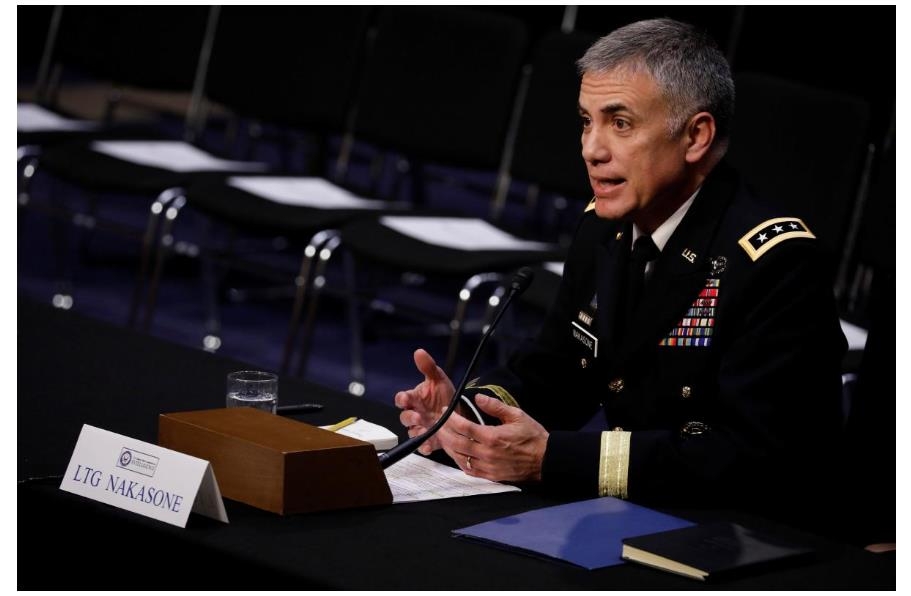 In a report published last week, the U.S. Army suspected the North to maintain as many as 6,000 hackers.

South Korea has frequently been a target of North Korea's cyber attacks, which largely sought to cause confusion and steal sensitive information.

But many experts believe the North's cyber attacks have been more focused on financial gains at least since 2016.

The impoverished North continues to face a wide range of U.N. and other international sanctions designed to punish it for its nuclear tests and halt its nuclear and other weapons development programs.

Nakasone said the U.S. will continue to enhance its capabilities and those of its "partners" to prevent any cyber attacks before they take place.

"So the question is how, not whether, to act," it added.