SEOUL, Aug. 26 (Yonhap) -- The number of daily new coronavirus cases in South Korea spiked to over 300 on Wednesday as sporadic cluster infections across the country, coupled with rising cases tied to churches, continued to build up, with the strongest antivirus restrictions being seriously considered.

The country reported 320 new COVID-19 cases, including 307 local infections, raising the total caseload to 18,265, according to the Korea Centers for Disease Control and Prevention (KCDC).

The number of new infections slightly fell to 266 cases and 280 cases on Monday and Tuesday, respectively, but experts say the decrease was also in part attributable to fewer COVID-19 tests being carried out over the weekend.

South Korea had been putting the virus spread under control until early August, when the daily new cases stayed in double-digit figures.

But the country reported 103 new cases on Aug. 14, jumping twofold from the previous day. Over the past 13 days, a whopping 3,395 new cases across the nation were identified, mostly tied to a conservative church in northern Seoul and the Aug. 15 Liberation Day rally. 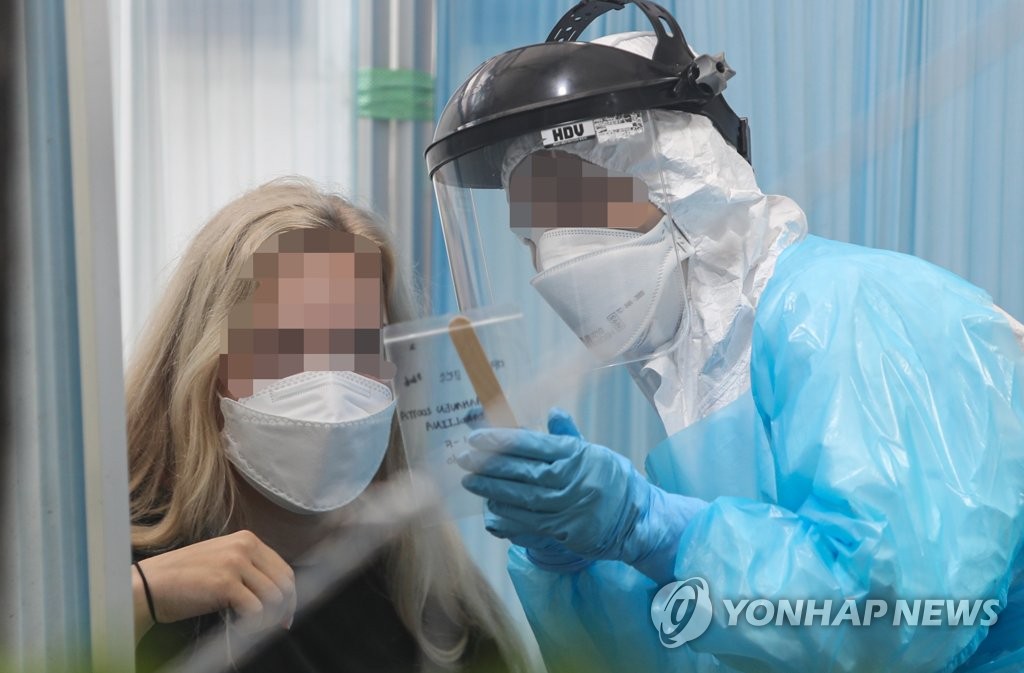 Cases traced to the Seoul church and the anti-government march on Aug. 15. were to blame for the latest uptick, but sporadic cluster infections clobbered the virus fight nationwide as well.

A growing portion of untraceable cases also poses a major challenge in the country's efforts to trace and stem further virus spread. Over the past two weeks, nearly 20 percent of newly added patients had unknown infection routes.

Of the locally transmitted cases, Seoul accounted for 110, and the surrounding Gyeonggi Province added 92 cases. The greater Seoul area is home to half of the country's 51 million people.

Sarang Jeil Church in northern Seoul, a hotbed of the recent spike in new infections, had reported a total of 915 COVID-19 cases as of Tuesday at noon.

A total of 193 cases were reported from the Aug. 15 demonstration in central Seoul as well. A large number of Sarang Jeil Church members, including its pastor who was also infected with the virus, took part in the rally.

A Starbucks cafe in Paju, north of Seoul, has reported 66 infections as of Tuesday. Another door-to-door sales business based in the Gwanak Ward of Seoul has reported 44 infections so far. 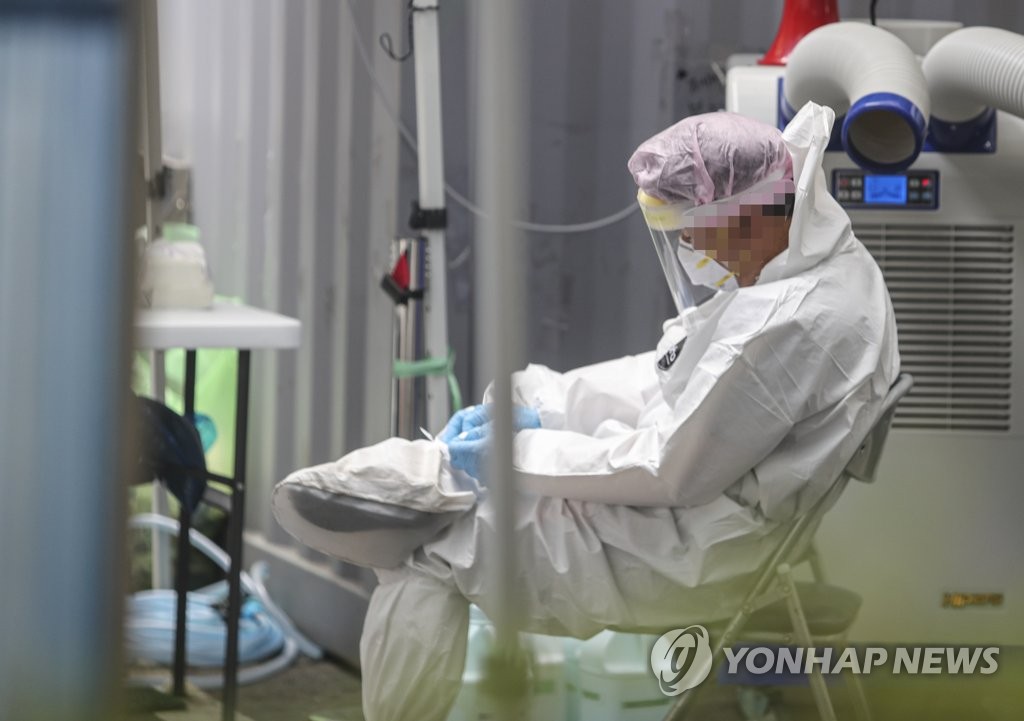 The country's new virus cases peaked in late February at 909 due mainly to a religious sect in the southeastern city of Daegu. After some ups and downs, the daily tally even reached single digits in late April and early May.

Health authorities have warned that the latest spike is much worse than the previous massive outbreak in Daegu, as the virus can spread even more quickly in the densely populated Seoul metropolitan area.

Starting Wednesday, all schools in the greater Seoul area are ordered to hold online classes until Sept. 11 as a preemptive measure to slow the spread of the highly infectious virus.

The country implemented the Level 2 social distancing scheme nationwide on Sunday, but major cities have already taken even tighter measures.

Under the Level 2 scheme, indoor meetings of more than 50 people and open-air gatherings of over 100 people are banned in principle. So-called risk-prone facilities, including karaoke rooms, clubs, PC cafes, and buffets, have been ordered to shut down.

Health authorities say the Level 3 social distancing scheme may be inevitable if the numbers do not flatten this week.

On Wednesday, South Korea reiterated that it is still closely monitoring the recent situation.

"We may have to observe the effect of the Level 2 social distancing scheme this week," Yoon Tae-ho, a senior health official, said during a daily briefing.

Data compiled by mobile carriers showed that people in the greater Seoul moved 20 percent less during the weekend than a week earlier.

The number of imported cases came to just 13. Uzbekistan accounted for three patients, and two were from Kazakhstan. There were also cases from the United States, Mexico and Egypt.

The total number of people released from quarantine after making full recoveries stood at 14,368, up 82 from the previous day. This indicates 78.66 percent of the COVID-19 patients here being cured.

The number of patients in critical conditions reached 43.

As the country continues to report more than 300 patients every day, health authorities expect the number of critically ill patients may reach 130 by Sept. 3. The country plans to expand the number of hospital beds for such patients.