The Bank of Korea (BOK) forecast a 1.3 percent contraction for Asia's fourth-largest economy in 2020 amid the deepening virus fallout, sharper than its estimate in May of a 0.2 percent retreat.

The country is struggling to contain the fast spread of the new coronavirus as the latest uptick in virus cases has spawned fears about a nationwide pandemic.

BOK Gov. Lee Ju-yeol said the bank may further lower the growth projection, depending on how the pandemic unfolds.

The BOK said Asia's fourth-largest economy is expected to contract 2.2 percent this year in the worst scenario in which the flare-up in virus outbreaks continues into the winter.

As widely expected, the BOK's monetary policy board unanimously kept steady the base rate at 0.5 percent for the second straight occasion. 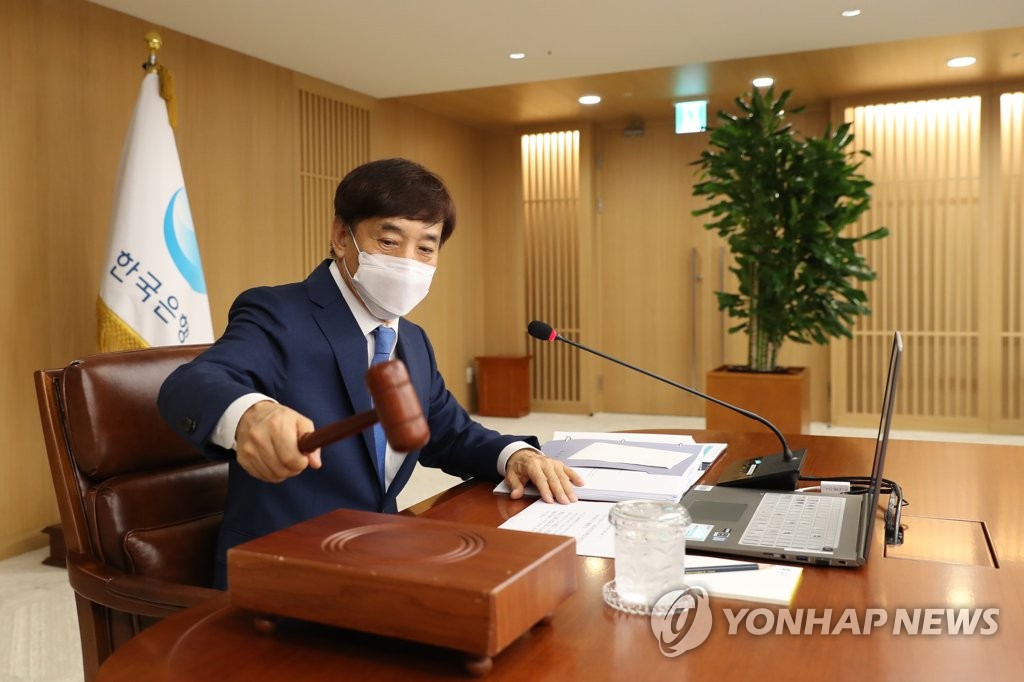 Gov. Lee said the central bank has room for further rate cuts but raised the need to be cautious about a rate policy change, hinting at a rate freeze for the time being.

"If the resurgence in COVID-19 brings a big shock to the real economy, the BOK needs to be active in managing monetary policy," Lee said at a press conference.

"The BOK has room for additional rate cuts. But as the base rate is at a low level, the bank should be prudent in deciding on a further rate cut after reviewing its impacts and side effects," he added.

The governor said the central bank's latest economic outlook is based on the current level of social distancing, Level 2.

South Korea's health authorities are considering raising anti-virus curbs to the highest level by one notch after taking into account this week's virus cases.

"If the social distancing guideline is raised to Level 3, the pace for economic recovery will be strained, thereby affecting the stock and currency markets," Lee said.

In the wake of the first wave of the virus outbreak, the South Korean economy showed some signs of recovery on eased slumps in exports and domestic consumption, backed by firm outbound shipments of key items, such as chips and massive fiscal spending.

But the recent spike in virus cases cast clouds on the Korean economy.

Earlier this week, Gov. Lee told lawmakers that he does not rule out the possibility of the Korean economy contracting around 1 percent in 2020 and the pace for economic recovery will remain weak. 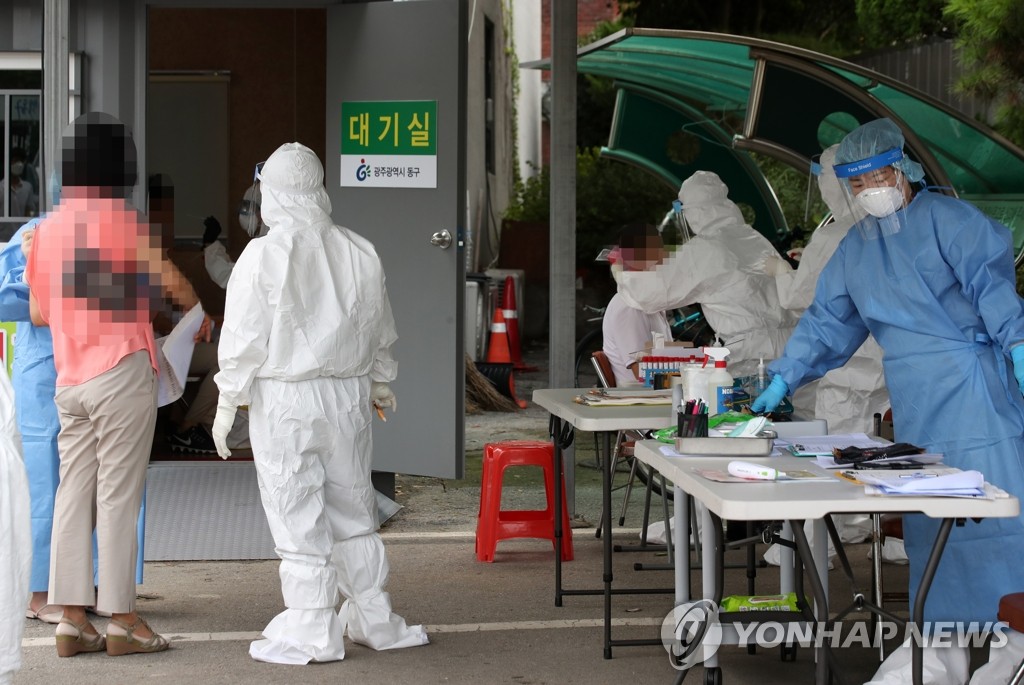 The BOK is expected to focus on non-conventional policy tools, such as state bond purchases, rather than rate cuts, in a bid to respond to the economic slump caused by the COVID-19 pandemic.

"Except for the rate policy, the BOK has other policy tools such as a special lending scheme and the open market operation," Gov. Lee said.

In May, the BOK launched a 10 trillion-won special lending program to allow banks, brokerages and insurers to take out loans from the central bank to help them fend of a possible funding squeeze amid the virus outbreak.

It marked the first time that excluding banks, the BOK has directly provided loans to brokerages and insurers.