(ATTN: UPDATES with message on umbrella union over anti-coronavirus efforts from 6th para)

The president's message came after members of the Korea Medical Association went on strike earlier in the day in protest against the government's plans for the expansion of admissions of medical schools and other reform steps aimed at improving public health services. 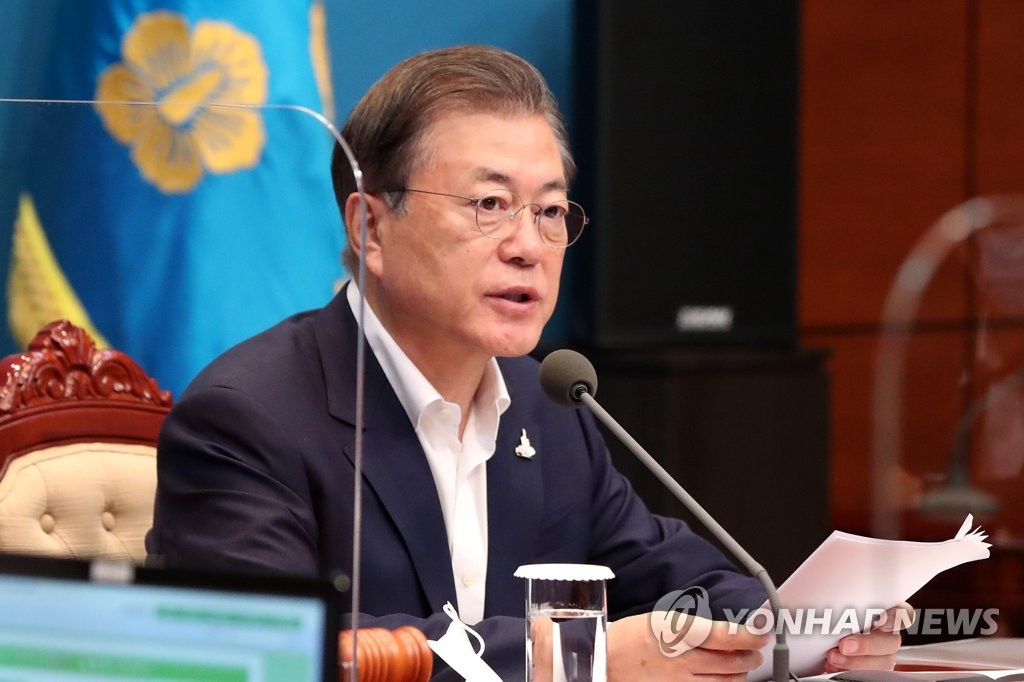 In a bid to strengthen Cheong Wa Dae's emergency response system over the issue, Moon's Chief of Staff for Policy Kim Sang-jo will lead a related task force in person. It has been led by Yoon Chang-yul, senior secretary for social policy.

The president also ordered the authorities to cope strictly with the refusal by the Korean Confederation of Trade Unions, a major umbrella union, to submit the roster of its members who participated in an Aug. 15 Liberation Day rally in central Seoul.

"There should be no privilege and discrimination in efforts to contain the coronavirus, because it's a matter related to the people's lives and safety," Moon was quoted as saying.

Moon earlier called for a tough response to some local churches refusing to cooperate with the government's anti-virus fight, as they have emerged as new clusters of infections.

In particular, many members of a church in northern Seoul, led by conservative pastor Jun Kwang-hoon, took part in a separate Liberation Day demonstration in Gwanghwamun, ignoring the government's repeated warnings. As many patients were linked to the church, Jun was among those who were ordered to self-quarantine along with some other churchgoers at that time, according to the health authorities. He was later confirmed to have contracted the virus.