Parliament made the decision to close on Thursday, after an emergency COVID-19 response meeting was held to assess the health risk, a source said. The closure will push back the holding of nine committee meetings originally set for the day. 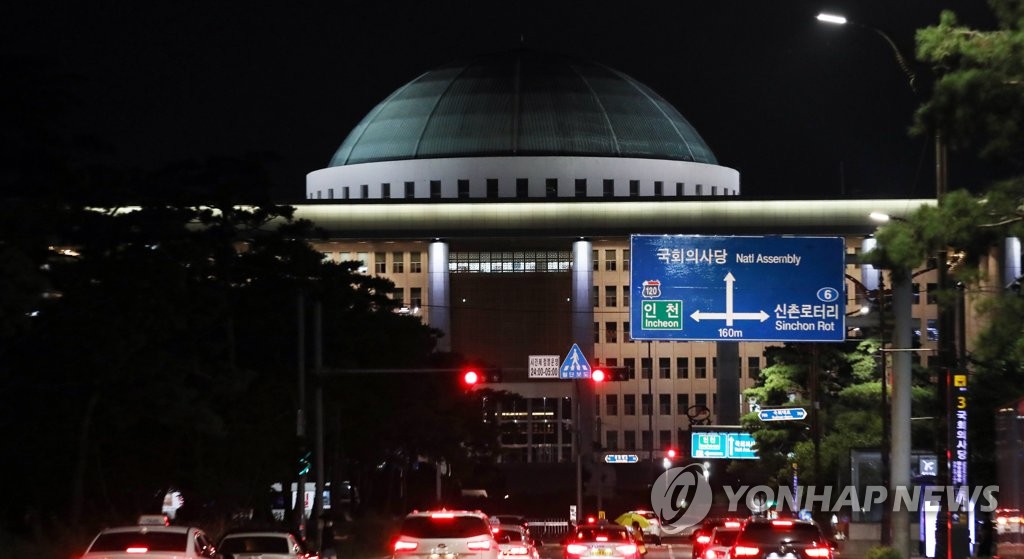 Parliament also said over 50 people, including 14 senior members of the ruling Democratic Party, came in contact with the reporter. These people will likely have to go into self-quanantine and be tested.

A photo journalist who covers the ruling party was present for the supreme council meeting held earlier in the day, that was attended by chairman Lee Hae-chan and floor leader Rep. Kim Tae-nyeon as well as other senior officials.

The reporter was screened because a relative with whom he dined last Saturday had been infected.

The party said that even before the reporter was confirmed to have been infected, Lee, as a precautionary step, voluntarily went under self-quarantine, with his office cancelling all his immediate appointments. It said Kim and other officials have been isolated.

Sources also said the move will impact parliamentary proceedings of other political parties. The main opposition United Future Party, and the minor Justice Party and People's Party all opted to cancel meetings set for Thursday.

Besides the case in parliament, several government offices halted operations Wednesday after COVID-19 cases were reported at their workplaces.

A confirmed COVID-19 case was also reported at the central government complex in Seoul on Wednesday, forcing the government to shut down the main building's entire third floor, where the patient stayed, for disinfection and an epidemiological survey.

According to officials, a security guard posted at the complex tested positive earlier in the day, one day after visiting a hospital due to a stomachache.

The decision also led to the temporary closure of a press room for correspondents covering the Financial Services Commission, as well as a joint press briefing room on the same floor.

The new infection came three days after three confirmed cases were reported from the annexed building of the central government complex that houses the Ministry of Foreign Affairs.

Several floors of the building were also closed for two days till Monday after two cleaning workers and a foreign service worker tested positive. 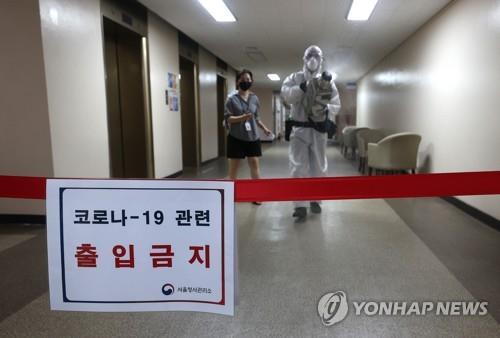 The military was also put on edge after a civilian worker at the defense ministry's Cyber Operations Command tested positive earlier on Wednesday.

Several facilities inside the ministry's compound in Seoul were disinfected while authorities launched an investigation to trace his recent movement inside the compound.