SEOUL, Aug. 26 (Yonhap) -- A bad season just got worse for the SK Wyverns on Wednesday, with the news that their new American hitter Tyler White will be out with a broken finger after just two games with the team.

The Korea Baseball Organization (KBO) club announced that White suffered a broken right index finger after getting hit by a pitch during Tuesday's game against the Lotte Giants, and he will be sidelined for about three weeks.

White, a former major league infielder who has played for the Los Angeles Dodgers and the Houston Astros, signed with the Wyverns on July 16. He arrived in South Korea on July 31 and served his mandatory two-week quarantine before making his KBO debut Sunday. 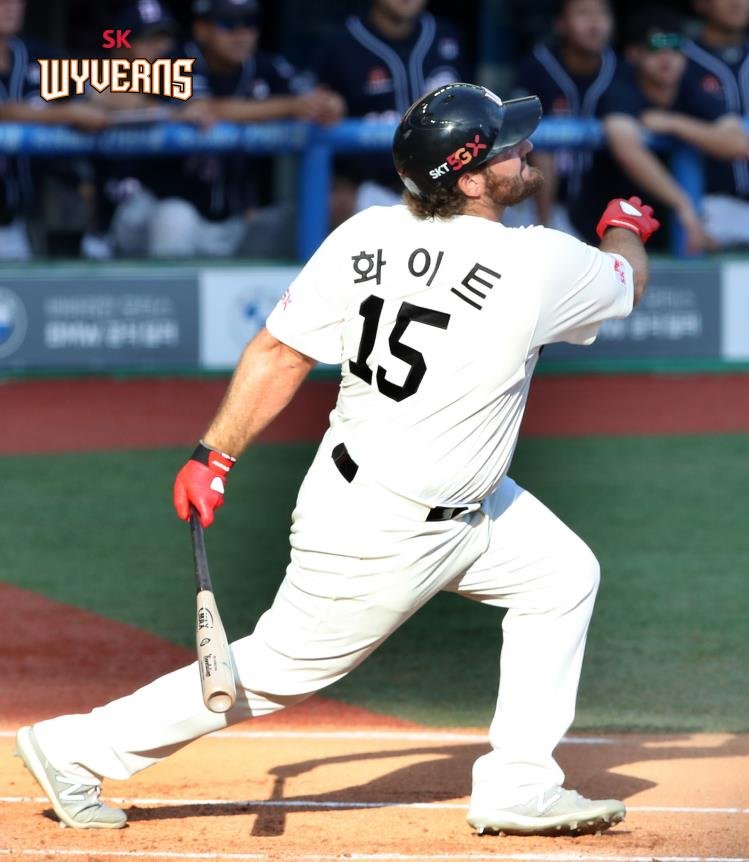 Tuesday's game was only his second game with the Wyverns. He is 0-for-5 in the KBO.

KBO clubs are each allowed to sign up to three foreign players, with a maximum two pitchers. By replacing injured pitcher Nick Kingham with White, the Wyverns became the first KBO club this year to carry two foreign position players and one foreign pitcher. Their incumbents were first baseman Jamie Romak and starter Ricardo Pinto.

Through 91 games prior to Wednesday, the Wyverns were in ninth place among 10 clubs at 31-59-1 (wins-losses-ties), 17.5 games out of the fifth and final playoff spot.

Their dismal season has been marred by injuries to key players. Manager Youm Kyoung-youb fell unconscious during a game on June 25 and hasn't been back since, with bench coach Park Kyung-oan in charge on an interim basis.