SEOUL, Aug. 26 (Yonhap) -- As global tech giants such as Netflix and Google have become bigger during the COVID-19 pandemic, France's top digital affairs official on Wednesday called on governments around the world to ensure diversity in the digital cultural industry so as to avoid a "winner takes all" market situation.

Speaking at the 11th Culture Communication Forum held in Seoul, Cedric O, France's secretary of state for digital affairs, stated that the public sector "has to support diversity as they come about with their policies" in helping content creators go digital in this era of the new coronavirus.

"(Diversity is crucial) so that a more wide variety of contents can be created and produced so that a wider variety of players can receive the necessary support," O said during a speech streamed digitally from France.

The speech was delivered in French and was interpreted in English to panelists and attendees.

The secretary underscored the importance of ensuring diversity so governments can avoid situations where "a few players take the majority of the pie."

"If we fail to do this, it will be a huge cultural risk because of centralization of cultural power and it will lead to a weakening of our cultural roots," O stated.

O, who has Korean lineage on his father's side, assumed the post as digital secretary in April of last year. He previously served as an aide to French President Emmanuel Macron.

"I believe that we need to see small success of digitalization of our cultural industries," O added. "Because culture is something that defines our identities I believe that the wishes, the hopes of the people need to be reflected in the policies that we establish." 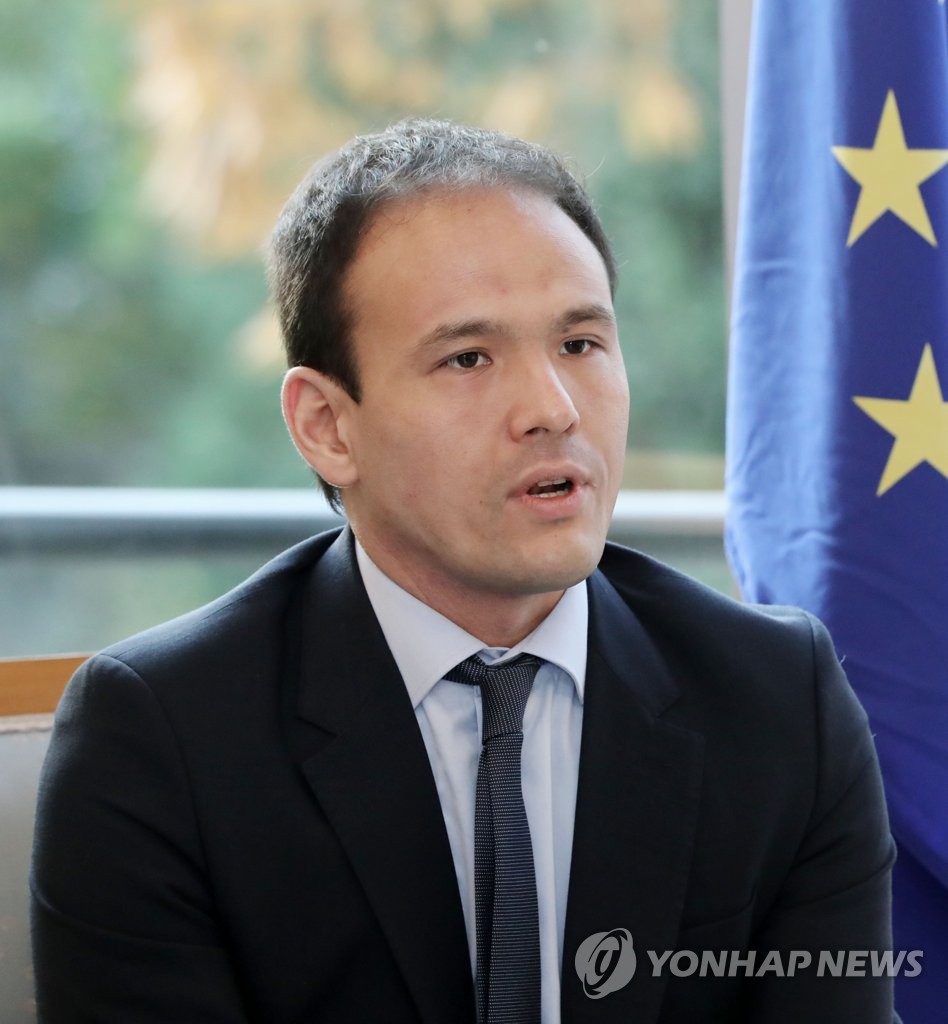