Hong made the remarks at a meeting with economy-related ministers amid growing worries that the resurgence could weaken the economy's recovery momentum.

With the infections recently sharply growing, the government "will actively push for additional measures to cope with damages" for low-income and vulnerable people, Hong said.

Hong said financial institutions will extend their roll-over of loans for small merchants, and small- and medium-sized businesses.

To support the virus-hit aviation industry, the government will extend an exemption of some fees to December, Hong said.

Earlier this week, Hong said the government will review the need to provide a second round of emergency handouts if the recent resurgence of new coronavirus infections does not slow down.

The government will make a decision on the matter as it is monitoring the resurgence's impact on the economy, Hong said. 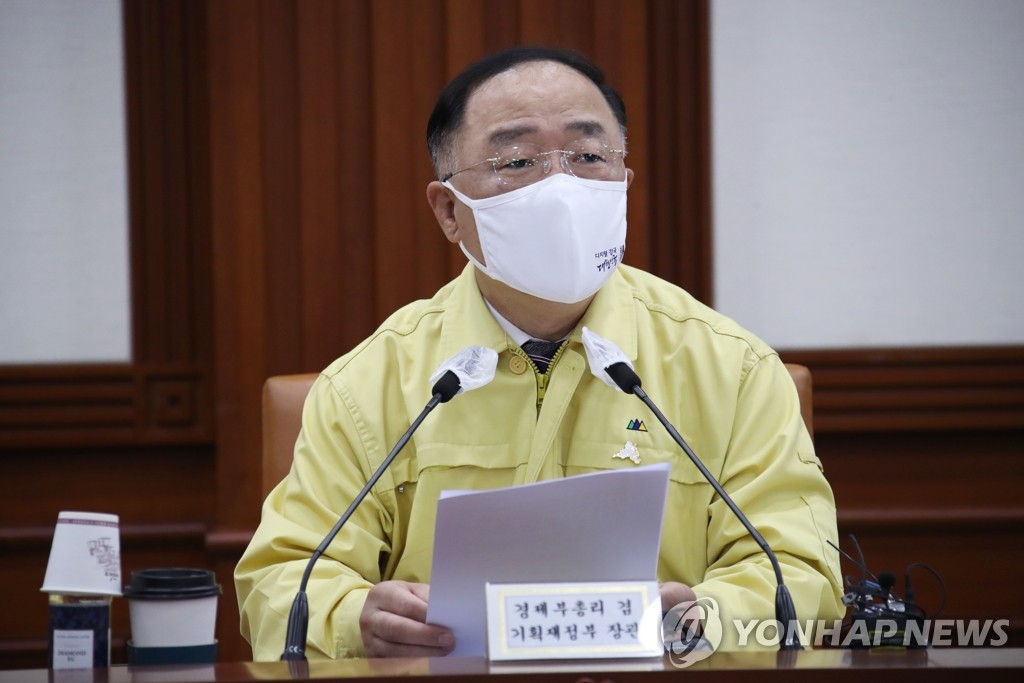 South Korea's total fertility rate -- the average number of children a woman bears in her lifetime -- hit a record low of 0.92 last year, Statistics Korea said Wednesday, in a clear warning to the nation's economy over a population decline going forward.

Last year marked the second consecutive year for the rate to fall below 1, much lower than the replacement level of 2.1 that would keep South Korea's population stable at 51 million.

South Korea was the only member of the Organization for Economic Cooperation and Development that had a total fertility rate below 1.

Hong said the extremely low fertility rate will have a significant impact on the nation's economy and society.

By the end of this year, the government will unveil comprehensive steps to boost the fertility rate and improve productivity, Hong said.

As part of efforts to increase the fertility rate, the government plans to allow parents to have more freedom in their use of paid parental leave.