SEOUL, Aug. 27 (Yonhap) -- A North Korean propaganda outlet on Thursday lashed out at a high-profile defector-turned-lawmaker in South Korea for objecting to a ban on sending anti-Pyongyang leaflets into his former homeland, calling him "human trash" and a "betrayer."

South Korea has been seeking to legislate a ban on leaflet-sending after North Korea reacted angrily to such leaflets flying in from the South and even blew up a joint liaison office in its border town Kaesong in June in anger.

Thae Yong-ho, the former No. 2 North Korean envoy in Britain and now a lawmaker of South Korea's conservative main opposition party, has opposed the proposed ban, saying the government should not succumb to threats from the North.

"The bad smell that Thae is making in the National Assembly of South Korea is shocking all the people," Uriminzokkiri, a North Korean propaganda website, said, citing his opposition to Seoul's push to ban leafleting.

"He is a betrayer who ran away to the South after committing a grave crime of selling state secrets. How could such a dog-like person who had no idea about politics be running wild as a lawmaker," it said. "The human trash ... will surely be faced with an abject end."

Thae, who defected to South Korea in 2016, was elected a lawmaker of the main opposition party in April. He has been critical of the liberal Moon Jae-in government's policy toward the North.

North Korea has called Thae a "betrayer" and "human scum" and criticized him for committing embezzlement and rape before deserting to North Korea, claims that have not been substantiated. 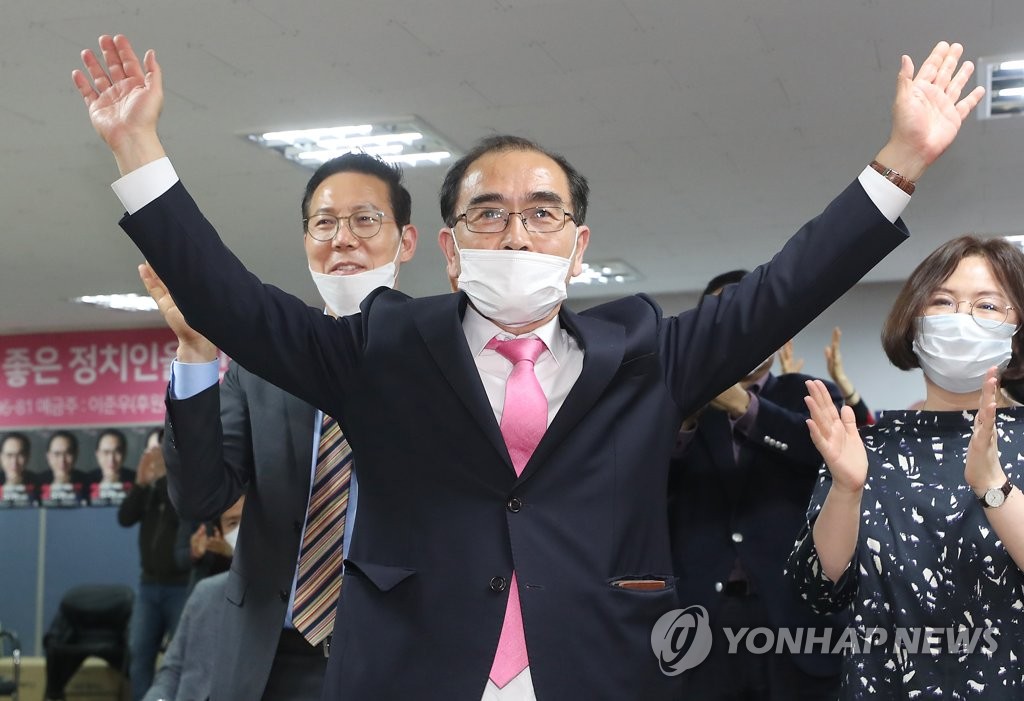