SEOUL, Aug. 27 (Yonhap) -- South Korean 5G users are connected to the latest generation network at just over 20 percent of the time, ranking fourth globally on the network's availability, a report showed Thursday.

Many countries that have deployed 5G, including South Korea, which launched the network in April last year, currently offer the budding network's services on non-standalone mode, requiring support from the 4G network.

The amount of time South Korean 5G users stayed connected to the high-speed network stood at 20.7 percent, trailing Saudi Arabia at 34.1 percent, Kuwait at 29.1 percent and Hong Kong at 26.1 percent, according to industry tracker Opensignal. 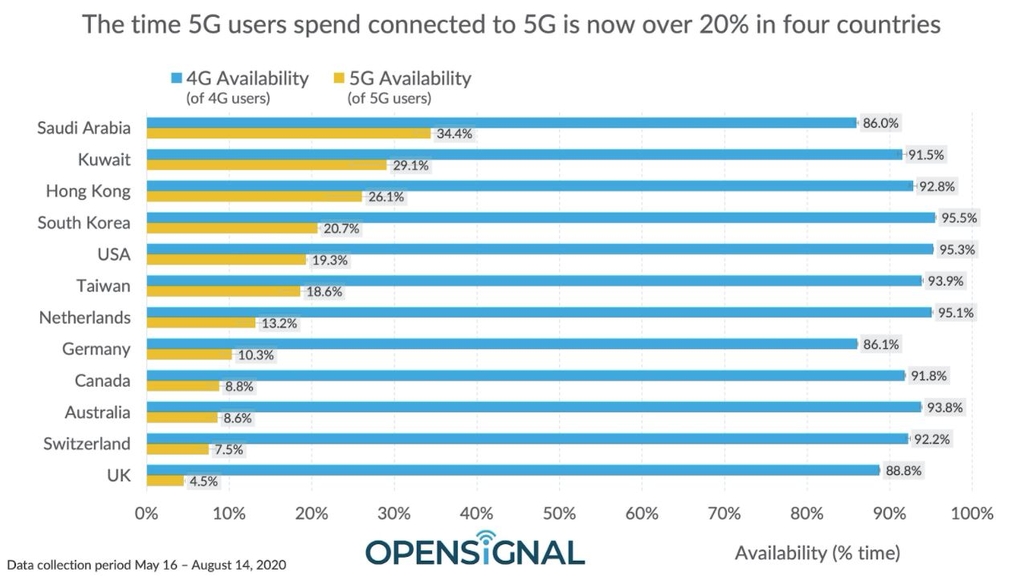 South Korea's figure, based on data from May to August, represents an improvement from Opensignal's June report that found the country's 5G availability at around 15 percent.

Opensignal highlighted that Kuwait and Hong Kong have an advantage in 5G availability given their smaller geographic size.

The report also found that average 5G download speeds in South Korea were the second fastest globally at 312.7 megabits per second (Mbps), behind Saudi Arabia at 414.2 Mbps.

The figure contrasts with a South Korean government report earlier this month that found local 5G download speeds at 656.6 Mbps.

An ICT ministry official said the differences are due to the varying testing methods, explaining that the government limited its tests to the country's seven major cities. 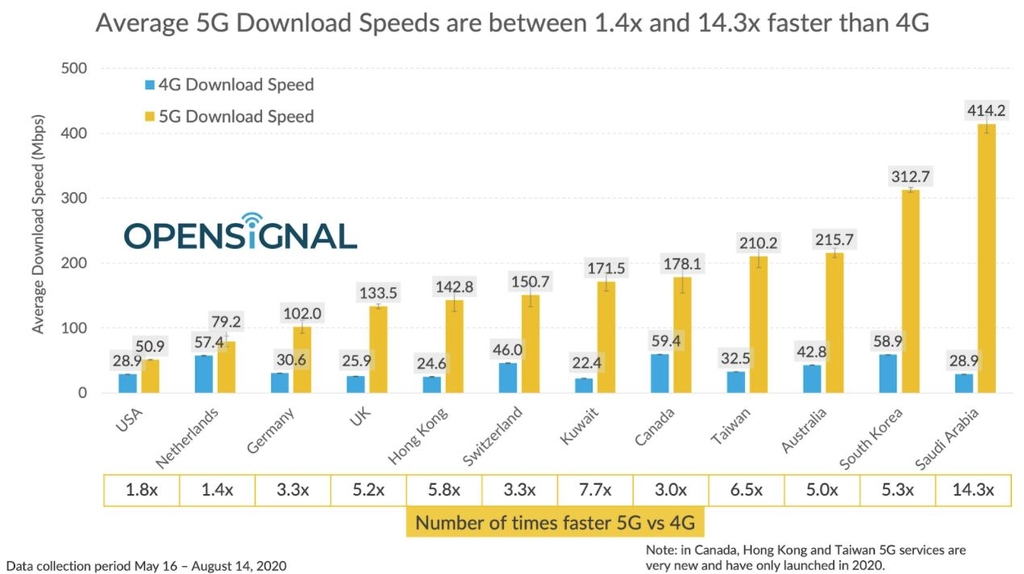 Opensignal's report came as South Korea looks to improve 5G services as the network's adoption is set to grow.

As of June, South Korea had 7.4 million 5G users, accounting for over 10 percent of the 69.6 million mobile accounts in total, according to ICT ministry data.

The country's four major telecommunications companies have promised to spend up to 25.7 trillion won by 2022 to upgrade 5G infrastructure and establish a nationwide network.