SEOUL, Aug. 27 (Yonhap) -- Months after South Korea successfully flattened its coronavirus curve, the country, yet again at a crossroads in the face of the most daily new infections since early March, is inching closer to adopting the toughest-ever virus infection measures.

South Korea added 441 more COVID-19 cases Thursday, bringing the nation's total caseload to 18,760, according to the Korea Centers for Disease Control and Prevention.

Thursday's daily tally marks the largest since March 7 when the country was reeling from a large outbreak in the southeastern city of Daegu and its neighboring North Gyeongsang Province tied to the minor religious sect, Shincheonji.

After dealing with the first wave of the pandemic in late February and early March with quick and massive testing, the country had been bringing the virus spread under control until early August.

But more than 3,800 cases have been identified in the past two weeks, mostly tied to a conservative church in northern Seoul and the Aug. 15 Liberation Day rally.

The latest daily new infection number is still lower than when the virus cases peaked in late February at 909, but health authorities warned that the situation could turn worse further as the recent outbreaks are centered around the densely populated capital area, home to half of the country's 51 million population.

"The recent resurgence has not reached the peak yet. The number could double what was recorded during the Daegu crisis," professor Uhm Joong-sik at Gachon University of Medicine and Science said. "The metropolitan area has a larger population, and we have too many patients infected from untraceable routes." 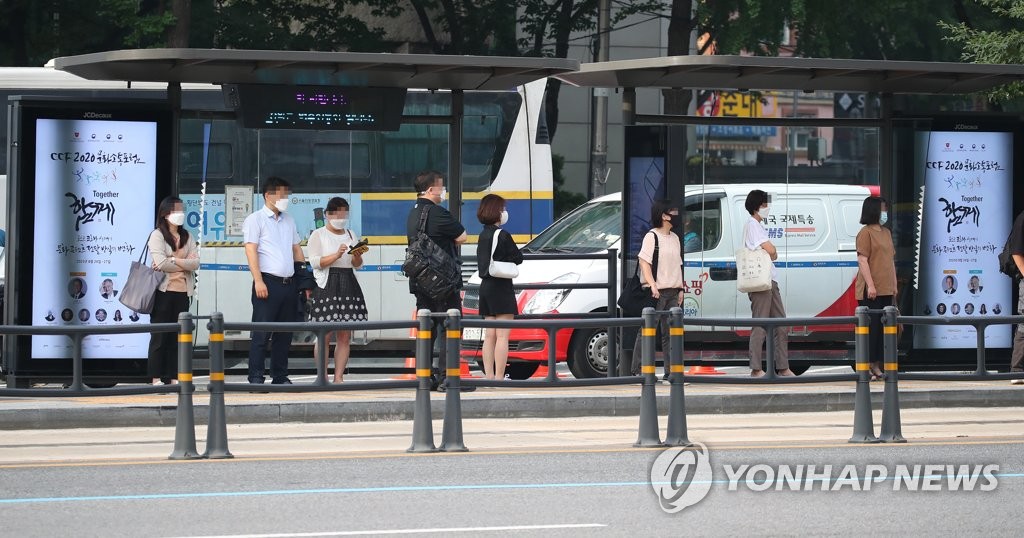 South Korea raised social distancing rules to Level 2 in the three-tier system earlier this month following the spike in the number of the new virus cases.

Despite the restrictions, 434 of the newly added cases Thursday were locally transmitted, raising calls for upping the level of social distancing guidelines to the highest.

"We can keep the economy up and running only when the quarantine measures work," professor Kim Woo-joo at Korea University said. "If we stick to Level 2, we might actually have to face a situation that requires a near lockdown."

When the Level 3 rules are in place, gatherings of 10 or more in-person classes at schools and sports events are all banned.

The government can adopt the Level 3 social distancing rules if the country's average daily rise in local virus infections stays above 100 over a two-week period, with doubling of new infections reported twice or more in a week.

"We are discussing the issue with all possibilities, including whether to impose Level 3, if so whether to directly head to a full-fledged implementation or to first move on to measures equivalent to Level 3," Yoon Tae-ho, a senior health official, said during a regular press briefing.

A growing portion of untraceable cases also poses a major challenge to the country's fight against the virus.

Schools in Seoul and its surrounding areas returned to remote classes Wednesday to protect students and slow down the spread of the virus. As of Thursday, 7,032 schools, except for those still on summer vacation, closed their doors across the nation. 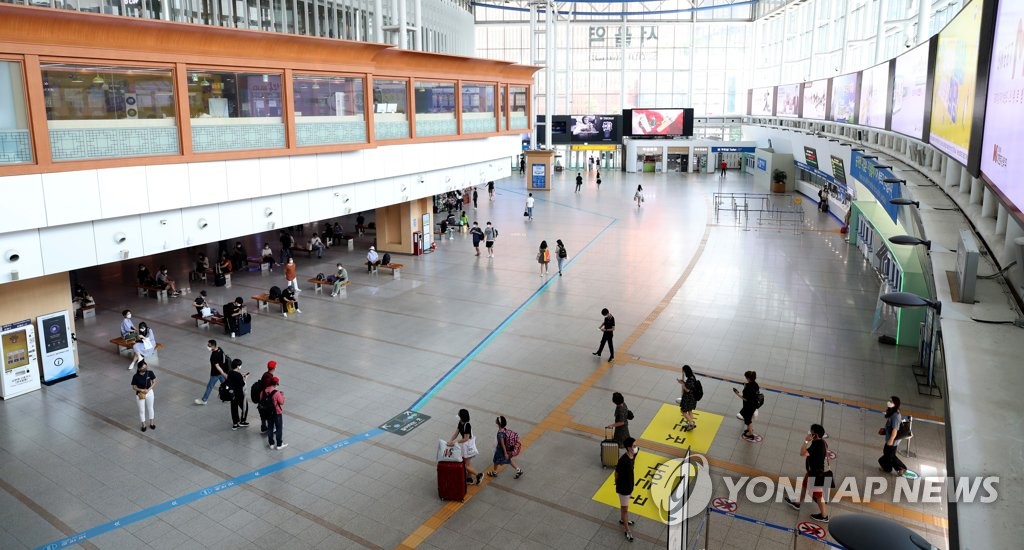 Adding to woes is the high ratio of elderly patients in the recently confirmed cases, which could lead to a spike in the number of patients in critical condition.

Health experts say draconian measures to curb the virus spread are necessary as soon as possible, warning of a possible hospital bed shortage, which could put the country's entire medical system in crisis.

The number of coronavirus patients aged 60 or older accounted for nearly 40 percent of the total cases identified in the Seoul metropolitan area in the past two weeks, and the number of patients in critical condition also soared to 46 Thursday compared with nine on Aug. 18.

Authorities have said they will have no choice but to adopt the strongest social distancing rules if the virus spread is not contained this week but have also stressed that it will not be an easy decision given its far-reaching impact on the economy, as well as the society.

"Daily lives will come to a halt, jobs will be lost, and we will have to deal with indeed a huge economic blow," President Moon Jae-in earlier said, referring to the expected results of heightening the antivirus measures.

The South Korean economy already contracted 3.3 percent in the second quarter from three months earlier, the worst performance in over two decades as exports tumbled amid the coronavirus pandemic.

The Bank of Korea sharply lowered its economic growth outlook for Asia's fourth-largest economy for the year, expecting a worse-than-expected contraction of 1.3 percent amid the deepening virus fallout.

The projection marked a sharp cut from the central bank's estimate in May of a 0.2 percent contraction and would also mark the worst performance since 1998, when the Korean economy shrank 5.1 percent in the aftermath of the 1997-98 Asian financial crisis. 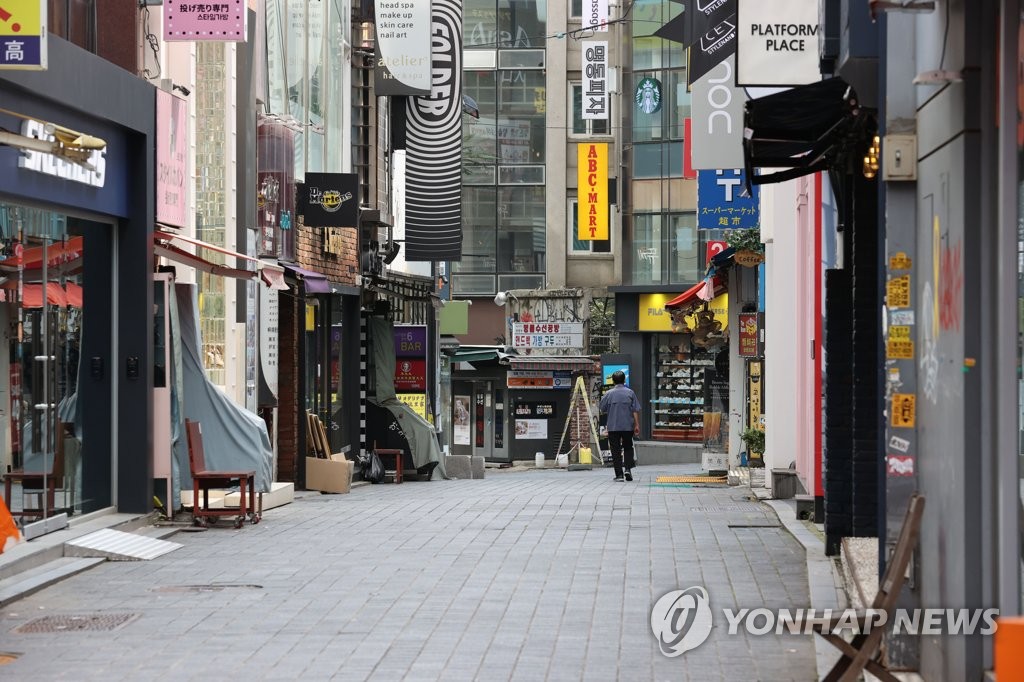