SEOUL, Aug. 27 (Yonhap) -- All proceedings of the National Assembly came to a complete halt Thursday with the parliament's main buildings closed for disinfection, one day after the first COVID-19 case was reported from inside parliament.

The journalist was tested following the party meeting after learning that a relative with whom he dined last Saturday tested positive. 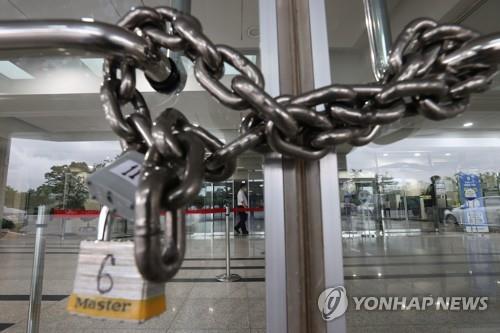 In line with the decision, all nine parliamentary committee sessions scheduled for Thursday have been postponed.

More than 50 people were assumed to have come in contact with the photojournalist directly or indirectly.

The people affected include DP Chairman Lee Hae-chan and floor leader, Rep. Kim Tae-nyeon, as well as 30 additional party members and staff members who attended the Wednesday meeting, covered by the journalist.

Upon the initial news that the journalist was tested for the virus, the affected DP leaders voluntarily went under self-quarantine as a precautionary measure.

The assembly's emergency response office classified the two DP leaders and others who attended the meeting as needing to get tested for the virus and recommended that they stay away from public activities and seclude themselves at home for the next two weeks.

In connection with the outbreak, National Assembly Speaker Rep. Park Byeong-seug also withdrew public appearances Thursday and shut himself up in his house after DP floor leader Kim held a meeting with him and later with the main opposition floor leader Rep. Joo Ho-young.

Coupled with the country's looming second wave of infections, the absence of the speaker and ruling party leaders raised concerns that this could further derail National Assembly proceedings down the road, including a plenary meeting planned for Sept. 4.

"It could develop into a very difficult situation if all the party members who attended the Wednesday meeting are required to get tested ... and any confirmed case is found there," a DP official said.

Taking a direct blow from the outbreak could possibly be the DP's party convention set for Saturday, called to pick the party's next chairman and five top representatives. Leading chairman candidate, Rep. Lee Nak-yon, will join the convention online as he will remain under self-quarantine till the end of the month after coming in indirect contact with a COVID-19 patient.

The number of absentees from the convention like Lee could grow if any related DP members come under mandatory self-quarantine or test positive in connection with the latest parliamentary infection case.

The DP said it will nevertheless host the convention as scheduled, in thorough compliance of quarantine requirements. Earlier this month, the party announced a decision to change the convention, originally planned as a mass event at a sport arena, into a livestreamed one with only 50 people attending in person.

In light of the confirmed case, the main opposition party said it will also reschedule a string of party events planned for early next week, while the minor People's Party closed its headquarters near the assembly for preemptive disinfection. 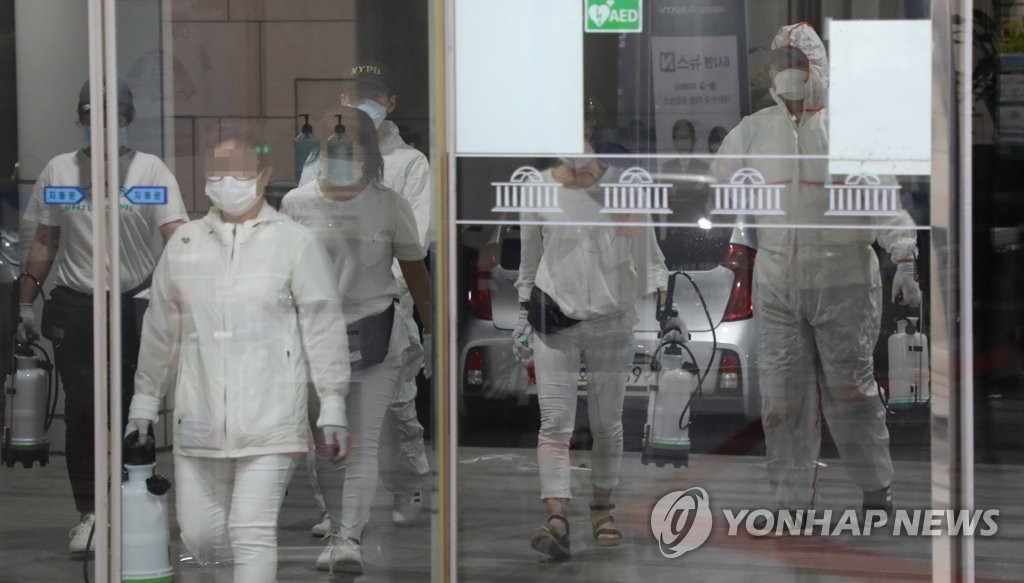