According to the KFTC, Asiana Airlines Inc. signed a 30-year contract to sell the airline's in-flight meal business to a foreign company in 2016, on the condition of investing money into Kumho Buslines Co.

In 2017, the foreign company acquired 160 billion won worth of bonds with warrants issued by Kumho Buslines with a zero rate of interest.

At that time, the bonds carried a coupon rate of 3.77 percent and 3.82 percent, the KFTC said.

By selling the bonds with a zero rate of interest, Kumho Buslines pocketed 16.2 billion won in profits, the KFTC said.

In 2018, Asiana Airlines was accused of forcing one of its suppliers to buy bonds issued by Kumho Asiana Group's holding company, the KFTC said.

LSG Sky Chefs Korea Co., a local unit of the world's leading provider of in-flight catering services, reported the case to the KFTC, saying that Asiana demanded the company buy some 160 billion won worth of bonds with warrants issued by Kumho & Co.

It also claimed that Asiana signed a new deal with a Chinese company as LSG Sky Chefs Korea rejected the offer.

Between 2016 and 2017, Kumho Asiana Group forced its nine affiliates to lend money to Kumho Buslines with a lower interest rate

Helped by such unfair transactions, Park, the former chairman who held a significant stake in Kumho Buslines, earned at least 7.7 billion won in profits, the KFTC said.

Last December, a consortium led by HDC Hyundai Development Co. signed a deal to acquire a 30.77 percent stake in Asiana Airlines from Kumho Industrial, a construction unit of Kumho Asiana Group, as well as new Asiana shares to be issued and the carrier's six affiliates, for 2.5 trillion won.

The consortium had planned to complete the acquisition by June 27. But the COVID-19 pandemic emerged as a major stumbling block early this year. 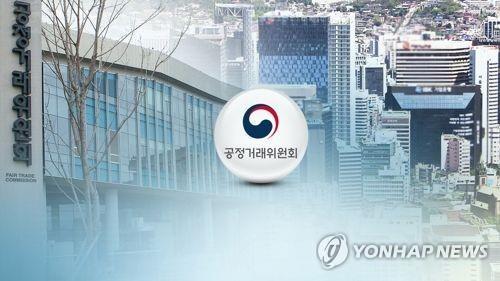