The Pentagon chief made the remarks during a security forum arranged by the Hawaii-based Daniel K. Inouye Asia-Pacific Center for Security Studies when asked about the possibility of achieving the hitherto elusive disarmament goal.

"Our policy remains the same. We want to pursue the complete verifiable irreversible denuclearization of North Korea. That's our stated goal and policy. President Trump has been very clear about that," Esper said.

"The U.S. has presented them an alternative of what the North Korean future could look like if they would sit down and negotiate with us and come to an agreement on that policy goal we've outlined," he added. 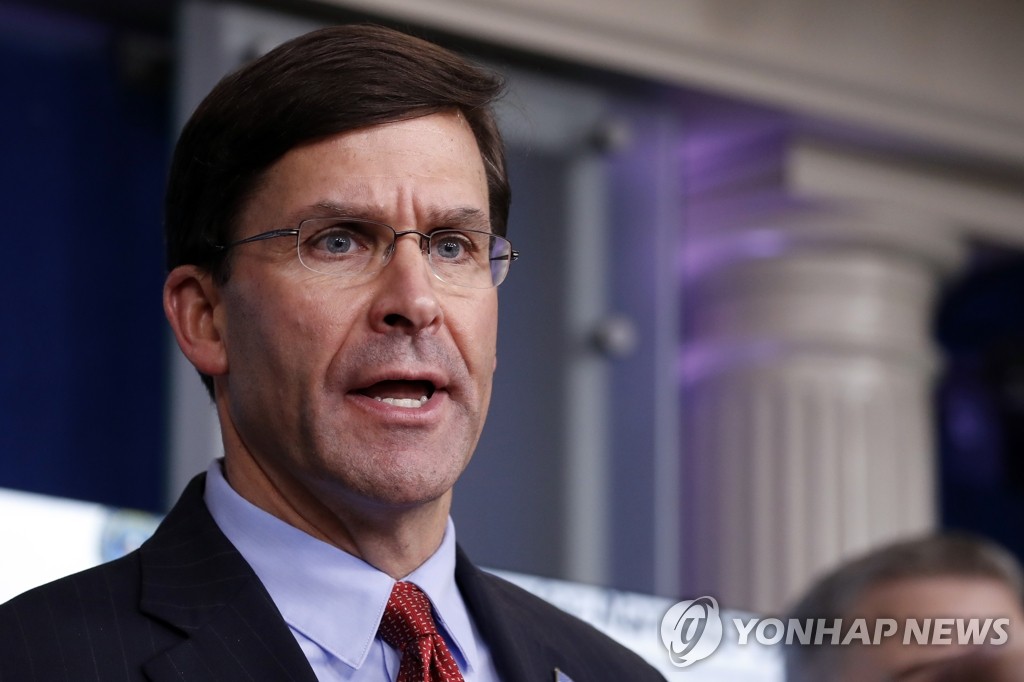 Noting that the U.S. State Department has been leading negotiations with the North, Esper pointed out that the Pentagon's role is to back ongoing diplomacy to promote peace with the recalcitrant regime.

"Our role in the Department of Defense is to support those negotiations, which I think ... (are) critically important ... That is the best path forward clearly," the secretary said.

"In the meantime, we have our responsibility, working alongside our partners in the Republic of Korea to maintain readiness and prepared stance -- the fight tonight capability -- so that if things go bad, we can deter, (and) if necessary fight and win," he added.

Nuclear talks between Washington and Pyongyang have been stalled since the summit between U.S. President Donald Trump and North Korean leader Kim Jong-un ended without a deal in Hanoi in February last year.

The two sides still remain at loggerheads over the extent of Pyongyang's denuclearization steps and Washington's compensation in return.

Despite Esper's emphasis on diplomacy with the North, he listed a "defiant North Korea" as "some of the world's most dynamic security challenges."

To cope with these challenges, the U.S. has been committed to a comprehensive strategy featuring three key pillars -- ensuring military preparedness, strengthening alliances and promoting a network of like-minded partners, he said.

The prime example of the third pillar was the ongoing multinational effort to enforce U.N. Security Council sanctions against North Korea, Esper said.