The Korean Central Television Broadcasting Station has been running real-time news updates since Wednesday on Typhoon Bavi and damage from the powerful storm that made landfall on the North's southeastern province of Hwanghae early Thursday.

Earlier in the day, an announcer wearing a raincoat reported live from the Daedong River in Pyongyang about uprooted trees along streets and rising water levels. A reporter in another coverage appeared standing in an inundated street in the port city of Nampo in South Pyongan Province and spoke of road closures.

Some of its regular programs, such as movies, were interrupted by breaking news on the typhoon.

It is rare for the North's media to carry live news coverage from scenes affected by a typhoon, considering that it normally does not reveal details about the situation in natural disasters.

There was no such live coverage when Typhoon Lingling grazed the communist state last year.

Leader Kim Jong-un has been trying to strengthen his image as a leader who cares for people's lives this year, often holding key meetings of the ruling Workers' Party to discuss issues directly linked to people's livelihoods.

On Tuesday, he also presided over a politburo meeting to discuss the typhoon and anti-virus efforts.

The North's state media are controlled by the propaganda and agitation department of the ruling Workers' Party, headed by Ri Il-hwan, a relatively young official in his early 60s known for trying new strategies. 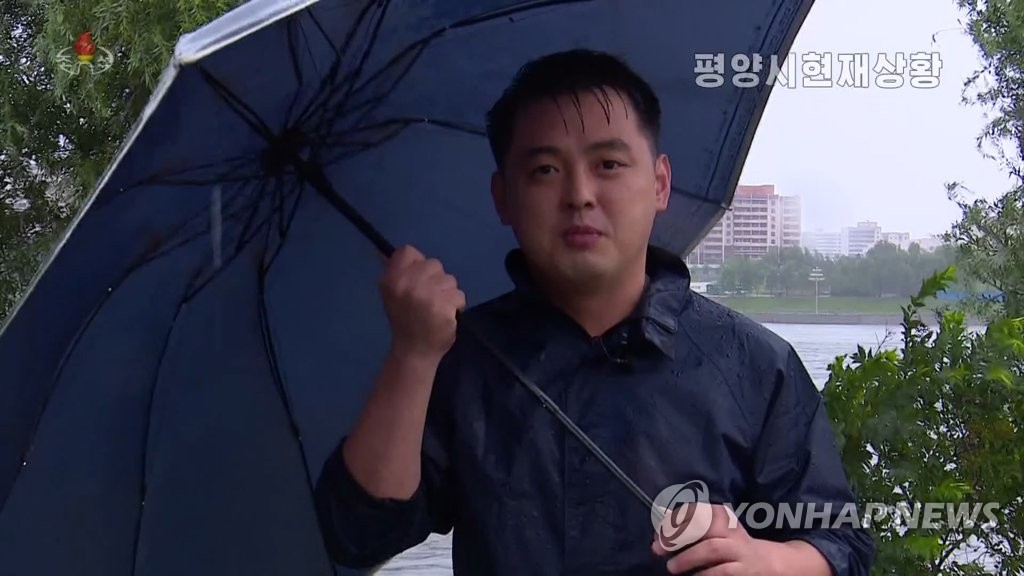 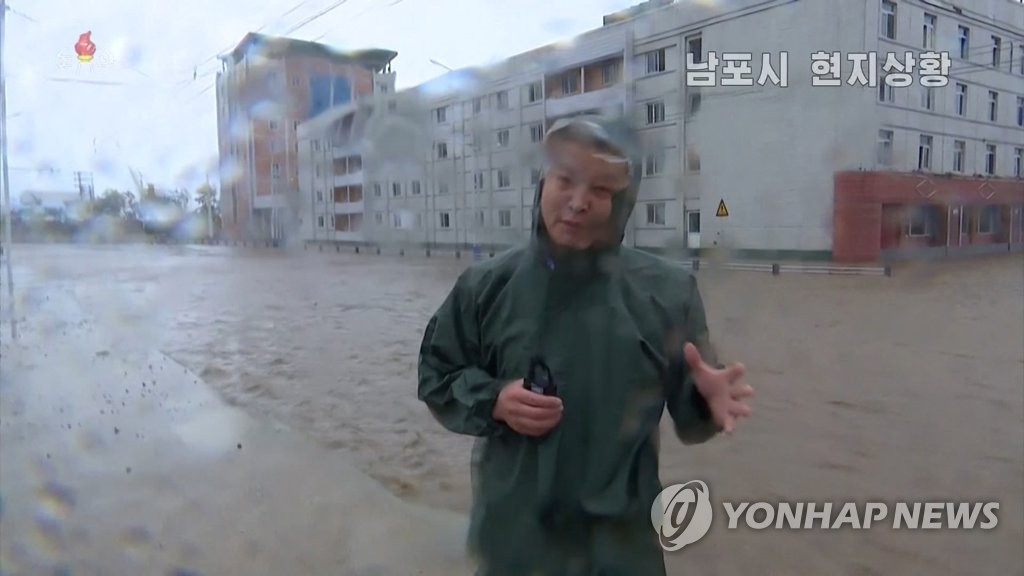