The Seoul Central District Court turned down a civil lawsuit as well as damage compensation filed by SK Innovation against LG Chem in October.

In April last year, LG Chem filed a complaint at the International Trade Commissions (ITC) that its smaller competitor poached its talents and trade secrets.

In October, SK Innovation filed a suit at the Seoul Central District Court against LG Chem, demanding the company drop the complaint and compensate 1 billion won (US$843,668) in damages, based on their mutual agreement reached in 2014 that the two would not engage in a legal battle in and out of the country in relation to a specific technology, patented under the registration No. 775,310 in Korea.

The company argued that LG violated the agreement by taking the issue to the ITC.

LG Chem, however, claimed that the legal process in Korea and at the ITC were separate, a point accepted by the court in Seoul.

Separately, the ITC made a preliminary ruling in February in favor of LG Chem that SK Innovation destroyed evidence supporting its use of LG Chem's battery technology. The final verdict is expected to come out in October. 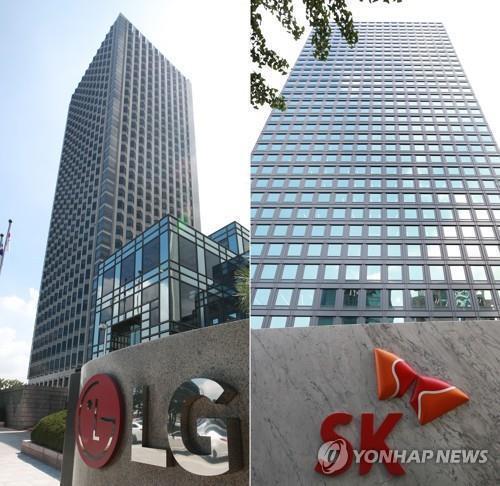