Earlier in the day, the government ordered not only trainee doctors in the wider Seoul area but all across the country to return to their work, warning of possible prison terms as it would cause major difficulties when the country is faced with spiking novel coronavirus cases. 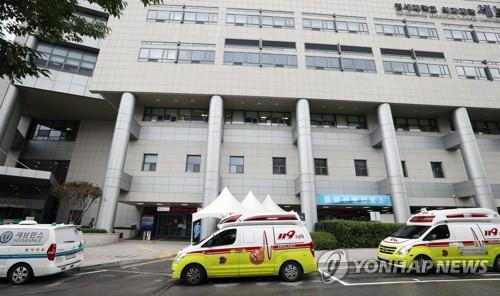 The widened order came after the government earlier ordered striking junior doctors at 95 trainee hospitals in the Seoul area to return to work.

The government said it has filed a complaint with police against 10 trainee doctors working at emergency rooms in the metropolitan area for not following the order.

However, the Korean Intern and Resident Association (KIRA) representing the trainee doctors, as well as fellow doctors, at major general hospitals have said they will continue their indefinite walkout as planned.

The KIRA has made clear on numerous occasions that its members will not return to work unless the government reconsiders its plans, and a number of trainee doctors have submitted letters of resignation.

The government said the number of trainee doctors that have walked out stood at 6,070, or 68.8 percent, of the 8,825 interns and residents in the country as of late Thursday,

Meanwhile, out of the 32,787 clinics in the country, 8.9 percent, or 2,926, were closed, it said. The figure is less than the 33 percent participation rate by practitioners tallied in the first walkout earlier this month and down by around 600 from the previous day.

Concerns are looming over service disruptions at major general hospitals as trainee doctors have vowed to continue their collective actions indefinitely.

Other medical workers, including nurses, have complained of their overloaded schedule, pleading that the government and the medical circle both find a breakthrough.

. Those who do not follow the government order without probable cause could have their licenses revoked and even face imprisonment of less than three years or a fine of less than 30 million won (US$25,000). 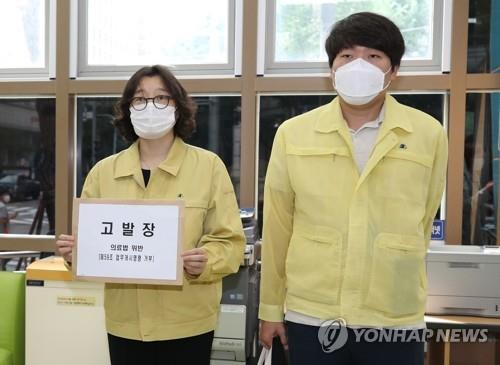