SEOUL, Aug. 28 (Yonhap) -- South Korea will retain its Level Two social distancing requirements in Seoul and its surrounding areas for another week despite the recent surge in COVID-19 transmissions in the area, Prime Minister Chung Sye-kyun said Friday.

The government will instead consider ways to restrict the operations of restaurants and cafes in its latest countermeasures to curb the rapid spread of the coronavirus, he said.

"The government will extend the Level Two social distancing, set to expire this weekend, by one more week (to the following Sunday)," the prime minister said in a regular government COVID-19 response meeting.

He said there are growing calls to elevate the distancing requirements to the highest Level Three, but it remains "the choice of last resort given its economic and social repercussions."

"For now, (we) need to maximize the effectiveness of the Level Two distancing currently in place," he added.

Starting Aug. 19, the government placed the capital area under Level Two social distancing guidelines, the second highest in a three-tier system, for two weeks, banning indoor gatherings of 50 or more people and outdoor events of 100 or more people. The government expanded the distancing level to affect all of South Korea last weekend.

In tandem with the latest decision, the distancing requirements for regions other than the capital area are expected to be kept at the current level.

Level Three calls for restricting all outdoor activities except for essential social and economic purposes. Gatherings of 10 or more people are not permitted, and all sports events are suspended. 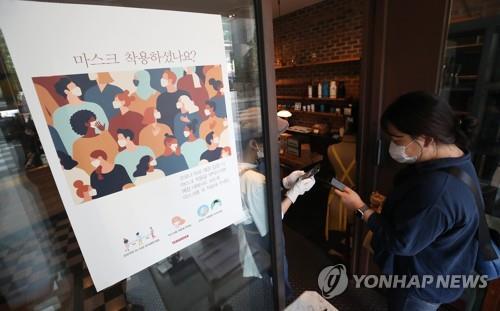 The prime minister also urged Protestant churches to suspend worship services, ordering "stern law enforcement" on those churches that push ahead with Sunday services in violation of administrative orders banning them.

"I ask the local governments in charge to thoroughly inspect whether churches should (shift to online) services this Sunday and to strictly deal with any violations of the administrative orders," he said.

The prime minister also appealed to the public to "stay at home from this weekend onward, except for essential economic activities, and stay away from contact with other people."

On Friday, South Korea reported 371 new COVID-19 cases, bringing its total caseload to 19,077, according to the Korea Centers for Disease Control and Prevention (KCDC).

The daily tally is a sharp drop from the previous day's six-month high of 441, but it marks the 15th day in a row that the daily number has been in the triple digits.

Of all cases reported Friday, 284 were in the capital area, including 145, in Seoul, many of them linked to infection clusters in church communities. With the recent surges, the accumulated cases in the capital area, home to half of the country's 51 million population, soared to 7,200.

On the back of the resurgence centering on Protestant churches, the government announced on Aug. 18 a decision to prohibit all church activities, including Sunday services, in the capital area, and local governments followed suit with their own administrative orders. 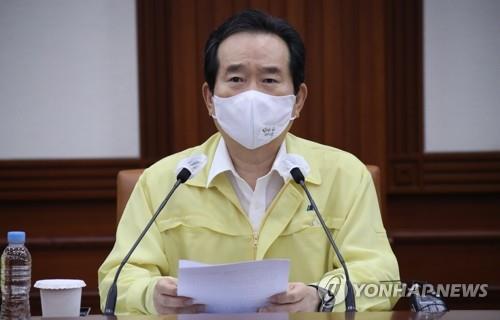