Mellor wouldn't just wait for the pandemic to be over. She is responding to drawn-out unpredictability by resetting her business model in order to turn the crisis into another opportunity.

An invariable asset is her can-do spirit. What also remains unchanged is her goal of helping more people around the world get familiarized with makgeolli, Korea's indigenous rice wine, and other alcoholic beverages, called "sool" in general.

"The recent rapid coronavirus spread has indeed impacted our business once again," Mellor said, with South Korea teetering on the brink of a new wave of massive nationwide transmissions. 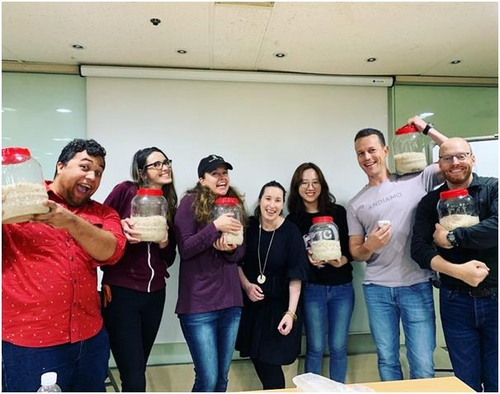 For years, Mellor has been in the vanguard of efforts to publicize Korean sool.

Prior to the coronavirus flare-ups, she had focused on researching Korean sool brewing and offering related in-person classes for expats and travelers at her lab in the Insadong district of Seoul.

The taster program came to a halt in early spring, when South Korea suffered a large-scale coronavirus outbreak.

She reopened the group class in May coupled with an additional local brewery and gourmet restaurant tour project.

A renewed round of rapid cluster infection spread, centered in the Seoul metropolitan area this time, has derailed her scheme.

"While we just finished the first batch of students, we were set to start the second course in the first week of September -- but whether or not we will be able to do that remains unclear," she said. 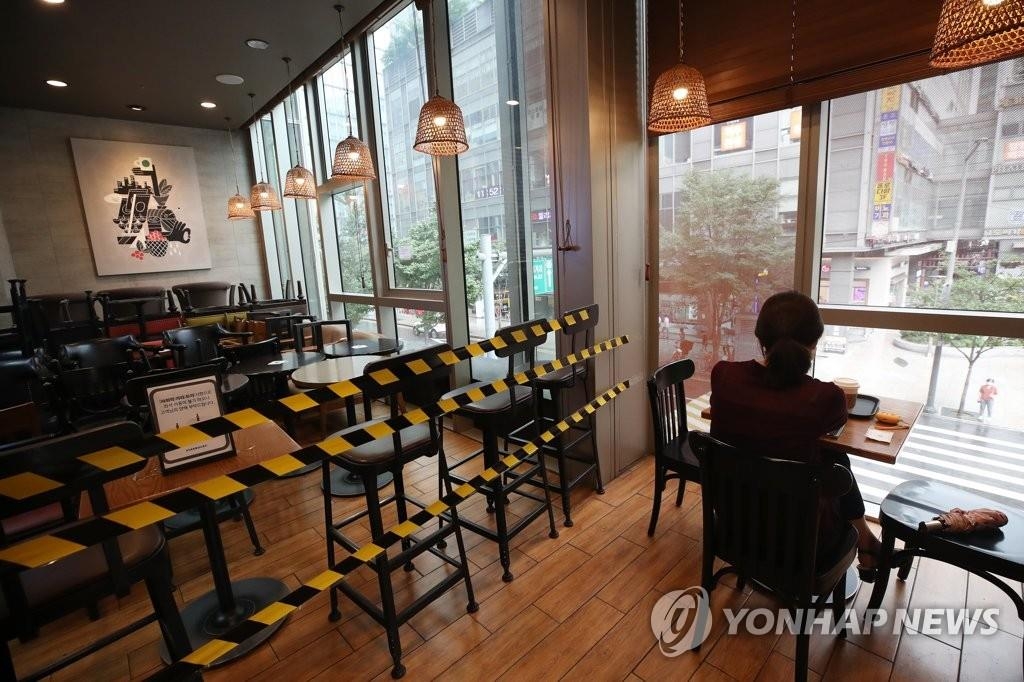 In late June, the government introduced the three-tier social distancing guidelines. It announced a decision Friday to formally extend the current Level Two by another week in Seoul and nearby areas.

It instead imposed some new restrictions, which include pick-up orders only at Starbucks and other major franchise coffee shops in the region, effective from Sunday. Eating in at restaurants and bakeries after 9 p.m. will be banned, with takeout available after the deadline. Health authorities said further toughening the social distancing rules to Level Three will be used as a "final means," saying they will be prepared to enforce it immediately if necessary.

Mellor, who has gone through a number of challenges living in South Korea for 14 years, is adapting to the growing uncertainty with her down-to-earth stance.

She's shifting her main business model to online education, marketing and PR activities on the country's booze in her own way to tackle the "new normal."

"We are taking a realistic, if not pessimistic, approach that further waves will likely happen and we need to be prepared for that," she said.

The Sool Connection is at the heart of her fresh initiative.

It is designed to serve as a portal or platform on everything about Korea's traditional sool. She has a longer-term aim of establishing a related research center.

Whether successful or not, the coronavirus-caused troubles are shaping up as a turning point for her career and business. Someday, Mellor may see time-honored makgeolli brewing listed as a UNESCO intangible cultural heritage of humanity like Korea's tradition of kimjang (also spelled gimjang), which is the making and sharing of kimchi.

"Of course, any positive recognition for the tradition of makgeolli brewing in the international sphere is good progress," she noted.

Han Sook-choung, a veteran English-language tutor and education program developer based in Seoul, is another energetic person busy seeking to turn the coronavirus crisis into an opportunity by moving her work online. 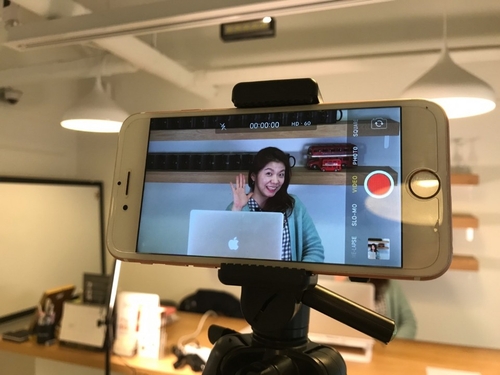 She used to offer offline one-on-one coaching to company workers or job seekers, including flight attendant hopefuls. She also runs a meeting and event space to share, named URLounge, in southern Seoul.

"Last year, fortunately, I diversified my business portfolio from in-person tutoring and space lease to internet marketing," she said. "The coronavirus outbreak has killed my face-to-face lesson and space lease revenue almost completely."

The forced break has given her some time to recharge herself and reconsider her business strategy.

"I had no other choice but to streamline and remodel my business focus," she said. "I've shifted the weight to online, which has turned out to be a big success."

Currently, she concentrates on online lessons using Skype, which has enabled her to meet an increasing number of students "regularly and more conveniently."

The coronavirus crisis, in a sense, has opened up new opportunities for innovating her work routine, according to Han, better known by her English name Stella in the market.

"It's a sliver lining. Rather than grumbling over the coronavirus, or being depressed, I've tried to see a potential bright side," Stella said. "For a sole proprietor like me, I think the importance of positive thinking can't be overemphasized."