SEOUL, Aug. 28 (Yonhap) -- South Korea said Friday that it will begin to restrict operations of restaurants, bakeries and franchise coffee chains in the greater Seoul area this weekend in the latest move to contain the fast spread of the new coronavirus.

Under the plan set to take effect Sunday, restaurants and bakeries can operate until 9 p.m., and only takeaway and delivery will be permitted from 9 p.m. to 5 a.m.

The move -- set to last until Sept. 6 -- is part of the government's strengthened anti-virus curbs, as South Korea is struggling to curb spiking virus cases.

In the case of franchise coffee chains, only takeout or delivery will be permitted regardless of operating hours, a measure apparently taking into account reported cluster infections tied to coffee shops.

When customers visit coffee chains for takeaway, they should enforce quarantine measures, such as making entry logs, wearing masks and keeping a safe distance. 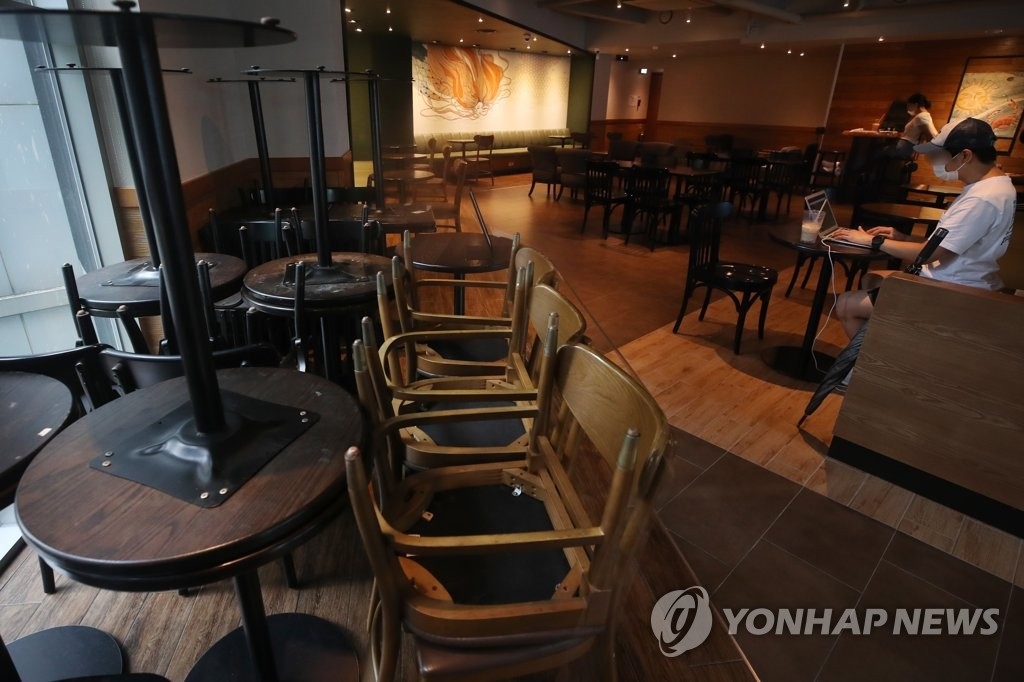 Instead of raising the level of social distancing to the highest Level 3, health authorities unveiled stronger and "tailored" anti-virus curbs over vulnerable groups and risk-prone facilities.

South Korea has been cautious about raising anti-virus curbs to the top level due to the far-reaching impacts on the economy.

"We will also prepare to raise the level of social distancing to Level 3 at any time."

Franchise coffee chains, fast-food operators and eateries centering on nighttime services were panicked by the government's announcement, as their business will be severely restricted.

Major coffee chains have introduced delivery services in recent years, but most of their sales are generated by coffee purchases by visiting customers.

"We have many takeout-focused outlets, but we will be affected by the government's move, as large stores accepting customers have been on the rise," said an official at Ediya Coffee, the largest coffee chain in the country in terms of store numbers.

Fast-food operators, including McDonald's and Lotteria, scrambled to explore how to handle the new restrictions, as many of their stores operate for 24 hours.

Owners of small eateries focusing on nighttime food services viewed the government's measures as an order tantamount to closing their stores, voicing complaints and concerns about the restrictions.

An eatery owner wrote on an online community that the ban would drive it out of business.

Meanwhile, South Korea will suspend the operation of indoor sports facilities, including fitness centers and billiard halls, in the wake of virus infections at indoor sports centers.

The stricter measures are expected to affect around 380,000 restaurants and bakeries, some 63,000 cram schools and about 28,000 indoor facilities.

The country's health authorities added that as part of its latest effort to stem the spread of the infectious illness, all day care centers and nurseries in Seoul and surrounding regions will be closed starting Sunday.

"This is a mandatory move that must be followed," the health ministry said, stressing that even in the case of emergency day care services for young children, strict restrictions will be applied.

It said emergency services can only be offered at set dates and time, with only essential care givers to report to work so they can take care of children. Besides the greater Seoul region, the local government can opt to order the closure of child care centers at their discretion. 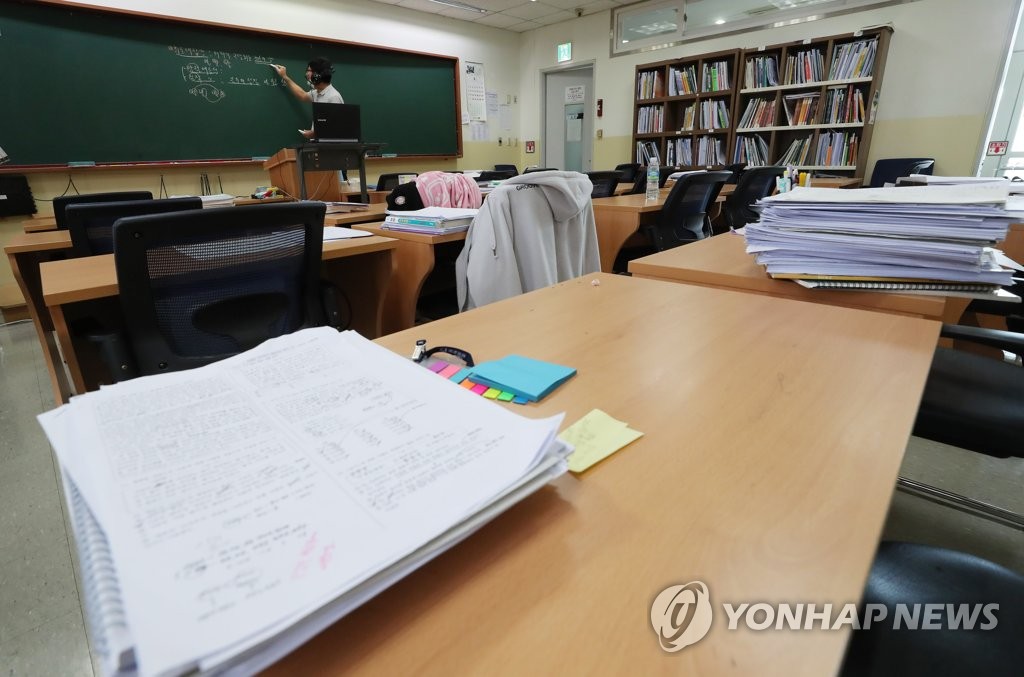 In regard to protecting the elderly from the risk of infection, visits to nursing homes and facilities will be banned.

South Korea's new virus cases have been in the triple digits since Aug. 14, with more than 3,800 new cases identified across the nation over the past 15 days.

Earlier in the day, the country extended stricter social distancing guidelines in the greater capital region for one more week as the number of new infections has not shown signs of easing. In mid-August, the country raised anti-virus curbs to Level 2 in the Seoul region and expanded it across the nation last Sunday.

Under the Level 2 scheme, indoor meetings of 50 or more people and open-air gatherings of 100 or more people are banned in principle. So-called risk-prone facilities, including karaoke rooms, clubs, internet cafes and buffet restaurants, have been ordered to shut down.