Samsung said it will begin launching a new laundry appliance with upgraded artificial intelligence (AI) solutions and a new refrigerator highlighting customization features in major European markets, such as Britain, France and Germany, late this month.

The WW9800T washer cuts washing time by up to 50 percent and energy usage by 20 percent compared with its previous models, according to Samsung. Its latest washing machine also comes with EcoBubble technology, which maximizes the effectiveness of detergent by turning it into soft bubbles and allows for faster penetration into fabrics, Samsung said.

"AI Control eliminates the need for users to scroll through cycles to find the right one, or to input their individualized settings each time," it said. "The AI Wash feature uses sensors to detect the laundry load's weight and soilage, to determine the optimal amount of water and detergent to dispense." Samsung's Bespoke refrigerator range will also make its first appearance for European consumers. The product will be first sold in Nordic countries in October and will be available in other European nations over the next year.

The Bespoke refrigerator is built under the company's Project Prism, which aims to reflect consumers' lifestyles and allows them to personalize the materials, colors, shapes and designs of the products. The refrigerator has already been launched in other nations, including South Korea and China.

Samsung said its latest refrigerators and laundry lineup will be further explained at its "Life Unstoppable" virtual event Wednesday. The company will host the online event as a replacement for IFA 2020, Europe's largest tech expo, which it decided to skip due to the pandemic.

LG said three new refrigerator models highlighting better hygienic and AI features will hit the shelves in Europe. Starting with Sweden next month, the refrigerators will be launched in more than 20 European countries by the first half of the next year, according to the company.

LG said its InstaView Door-in-Door refrigerator with UVnano utilizes ultraviolet LED light technology and can disinfect the water dispenser outlets once every hour to remove up to 99.9 percent of bacteria and germs. 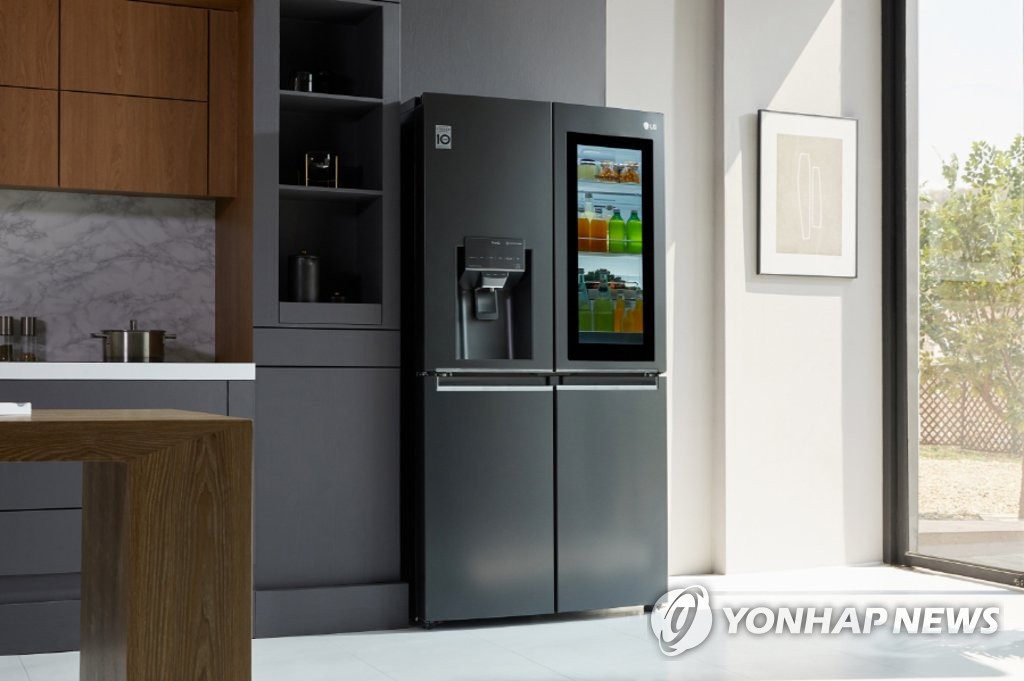 LG's updated Fridge and Freezer pair is comprised of a 386-liter fridge and a 324-liter freezer. They can be purchased separately, but consumers can buy both of them and connect them to look like a single refrigerator.

"They are designed to fit easily into standard kitchen cabinetry for a clean, minimalist look," LG said. "Their flat door design and zero-clearance hinges are ideal for installing right next to a wall for a seamless, built-in appearance."

Any food item placed inside or removed from the refrigerator is automatically tracked via its advanced vision recognition technology, LG said. The company's AI technology also allows the refrigerator to offer meal suggestions after analyzing food items in the fridge and even inform other home appliances what to do.

"It can set a connected oven to the right cooking temperature based on the recipe and even choose the optimal wash cycle for the dishwasher based on the meal," LG said.

LG said its latest kitchen appliances will be explained further at its virtual exhibition hall for the IFA 2020 next week. 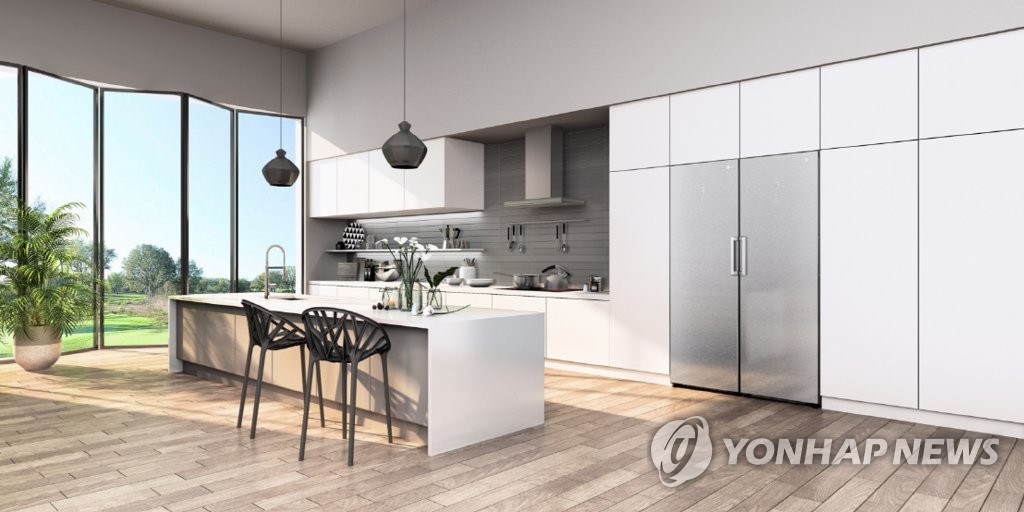