SEOUL, Aug. 28 (Yonhap) -- President Moon Jae-in made an on-site inspection of a public hospital in Seoul on Friday to check its preparedness to accommodate the fast growing number of COVID-19 patients.

His visit to the National Medical Center came amid concerns that hospitals especially in Seoul and nearby areas might be running out of sickbeds.

Speaking to hospital officials, Moon asked if they have a plan to deal with a surge in infections, which are occurring faster than full recoveries theses days. He expressed worries, in particular, about a possible lack of sickbeds for patients with serious symptoms or chronic diseases. 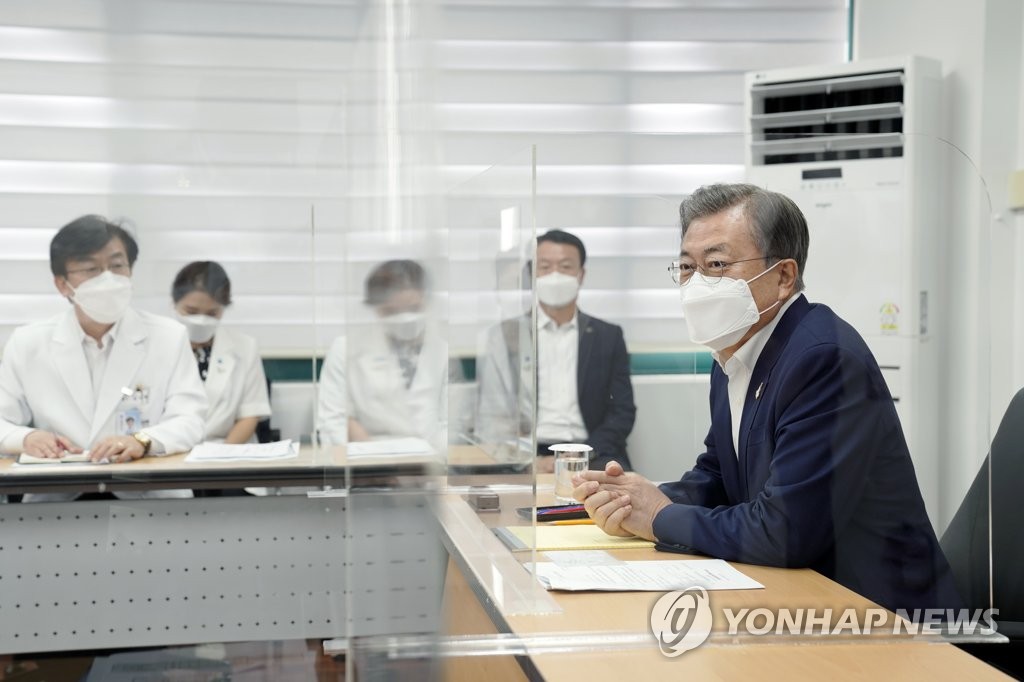 Joo Young-soo, chief of the hospital's planning and policy, said it is responding to the problem in close cooperation with other hospitals in the greater capital area.

Lee Chang-joon, a health official in attendance at the session, pointed out that currently a shortage of doctors and other medical staff to treat critically ill patients is a bigger problem than that of hospital beds.

Many full-time and trainee doctors nationwide have been staging a general strike in protest against the government's medical sector reform drive.

Moon did not mention the matter during his hourlong visit to the hospital.

Around 75 percent of sickbeds for COVID-19 patients are occupied in Seoul, Gyeonggi Province and Incheon as of Friday, according to authorities.

But only 19 beds remain available for the treatment of seriously ill coronavirus patients, they said. 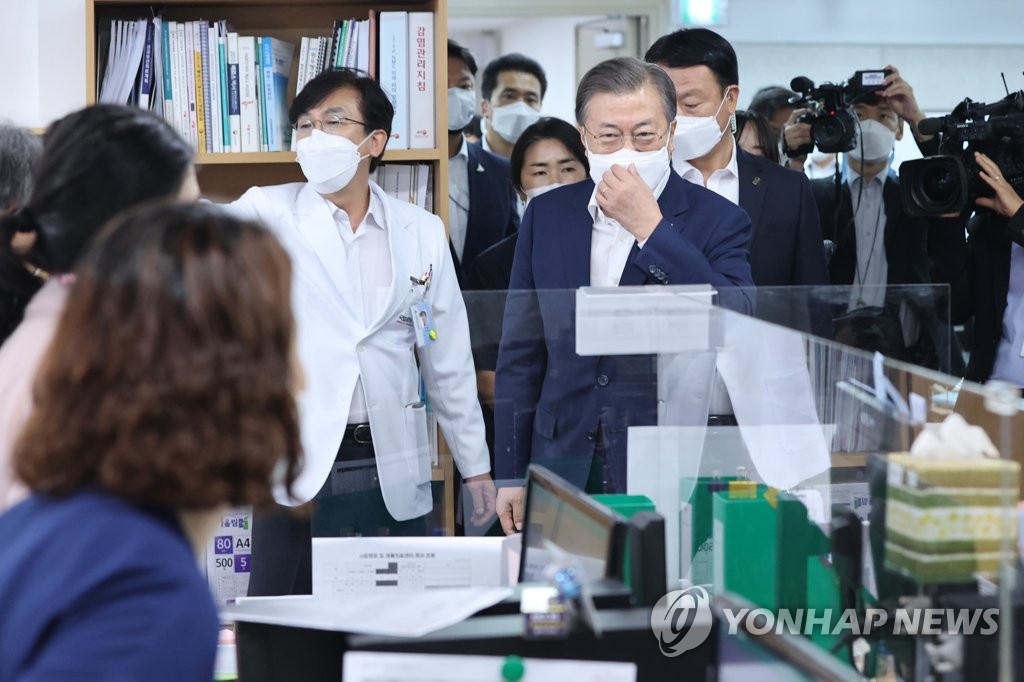