The telecom firms -- SK Telecom Co., KT Corp. and LG Uplus Corp. -- have focused on boosting their over-the-top (OTT) media services or expanding collaborations with other popular platforms as user appetite for online media grows under the non-contact trend driven by the pandemic.

The company said it has started offering features such as automatically compiling scenes of users' favorite actors through AI-based facial recognition technology to target young users who prefer personalized content. 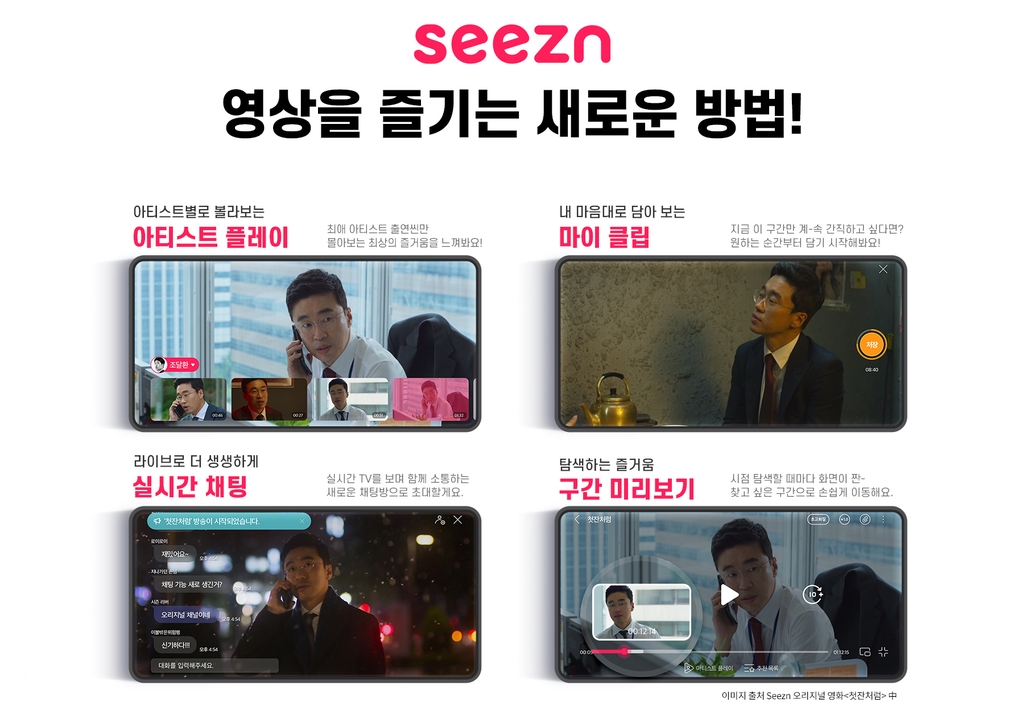 The service will also add a live chat function so that users can communicate with one another while watching the same content.

"Online communication has become important amid the pandemic, and we expect Seezn's live chat feature to grab users' attention." KT said in a statement.

Seezn, available as a mobile app, has racked up popularity among young adults, with 63 percent of its user base in their 20s and 30s, according to KT.

LG Uplus has stepped up its collaboration with Netflix by bundling the service with its 5G mobile plans.

"We expect user convenience will improve by providing Netflix under the contactless trend," LG Uplus said in a statement.

Top mobile carrier SK Telecom has focused on its OTT platform Wavve, which has concentrated on boosting original content production.

Wavve, jointly launched by SK Telecom and local broadcasters KBS, MBC and SBS, has promised to spend 300 billion won (US$253.4 million) on content by 2023.

As of May, Netflix held the most active mobile application users among OTT services in South Korea at an estimated 6.37 million in a country with a population of 51 million, according to market researcher Nielsen KoreanClick, far higher than local player Wavve at 3.46 million and Seezn at 2.36 million.