After a parliamentary hearing process, the 57-year-old general will replace Jeong Kyeong-doo as defense minister. Jeong is leaving after two years on the job. He was the first defense minister hailing from the Air Force in nearly three decades.

Suh was commissioned as a second lieutenant in 1985 after graduating from the Korea Military Academy, and has served in various prominent posts in the Army and the Joint Chiefs of Staff (JCS). Suh has led the Army since April 2019.

"He has ample experiences in field maneuvers and military operations, and has expertise in joint and combined operations," Cheong Wa Dae spokesperson Kang Min-seok said. "We expect him to contribute to maintaining a strong readiness posture based on experiences and insight through his service for more than 30 years." 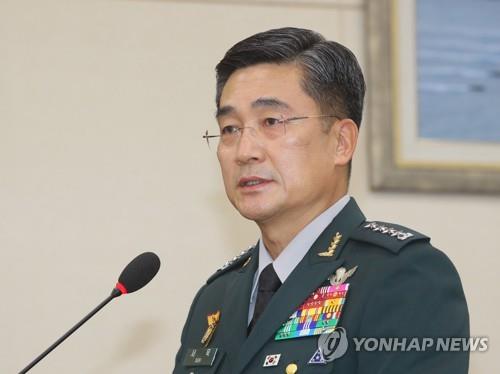 The Army general is also seen well suited to push for the envisioned OPCON transfer of South Korean troops from Washington to Seoul based upon his career at the South Korea-U.S. Combined Forces Command between 2011 and 2014.

The current Moon Jae-in government has sought to retake operational control of its troops from the U.S. within his term which ends in May 2022, though it is not time-based but conditions-based. The two countries have been working to verify if Seoul is on course to meet the conditions for the transition.

"He is the right person to push for the OPCON transfer based upon the strong South Korea-U.S. alliance and defense reform without a hitch to build a strong military," Kang added.

President Moon appears to be seeking stability over drastic changes and reforms in his final years in office while trying to "balance" among all armed forces by choosing the figure from the Army, according to experts.

Suh is also known to have a good understanding of Moon's governing philosophy and knowledge of the inter-Korean military relationship.

During his service at the JCS' chief directorate of operations, he was engaged in the inter-Korean Comprehensive Military Agreement signed on Sept. 19, 2018, which calls for halting all hostile acts against each other and pushing for trust-building measures, officials said. 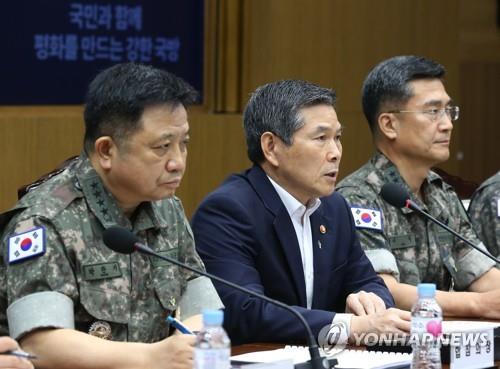