SEOUL, Aug. 28 (Yonhap) -- A Seoul church at the center of the recent spike in coronavirus outbreaks said Friday that it will take legal action against President Moon Jae-in for allegedly exposing the church's congregants to the virus as a result of his government's "failure" to control the disease.

Sarang Jeil Church in northern Seoul has emerged as a hotbed of the resurgence in COVID-19 infections in South Korea, with about 980 cases linked to the organization so far.

At the same time, about 300 confirmed patients have been traced to an anti-government rally held on Aug. 15 in central Seoul. Pastor Jun Kwang-hoon of the church was also among those who tested positive after participating in the rally.

"Our church has been stigmatized as an offender due to comments by President Moon. So our congregation is suffering from mental distress, as well as the virus infection," a group representing the church members and others who attended the rally said in a press conference in downtown Seoul. "We cannot help taking legal action against Moon, instead of the government."

They said they will file a group suit and demand compensation from Moon. 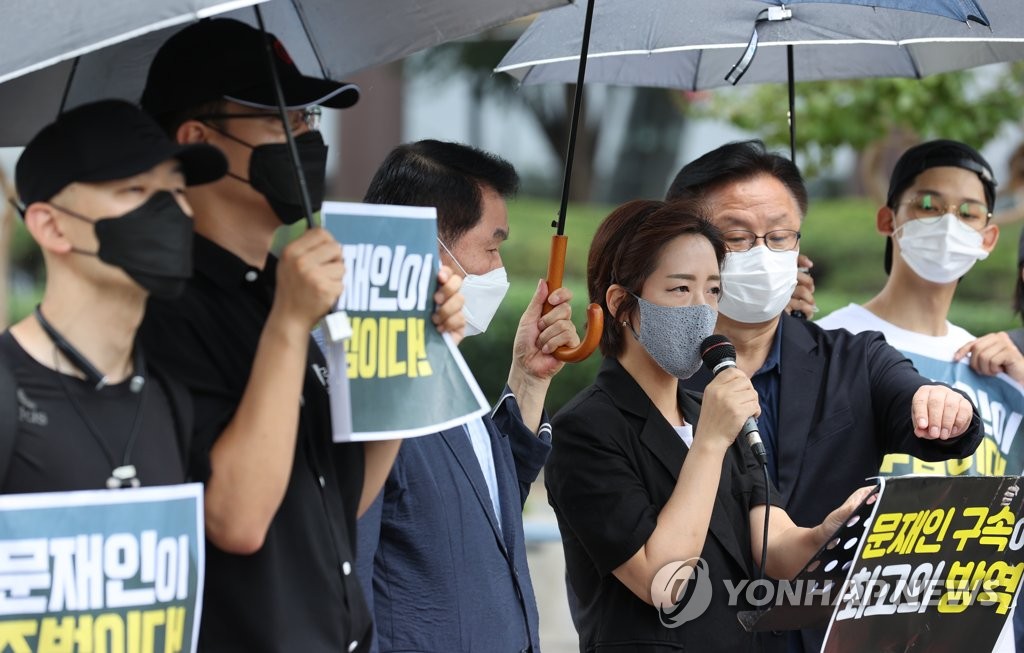 Their statement came after the president strongly criticized the church for hampering the government's fight against the coronavirus during a meeting with Protestant leaders on Thursday.

He said a "specific church is rejecting and obstructing the government's coronavirus-related guidelines," without mentioning the name of the church but apparently referring to Sarang Jeil Church.

The group claimed those who tested positive after attending the rally are just victims of the government's failure to stem the spread of the virus.

"The participation in the Aug. 15 demonstration is the result of individual congregants' choice, and the government has no rights to force (a ban)."