SEOUL, Aug. 30 (Yonhap) -- South Korea began Sunday to restrict operations of restaurants, bakeries and franchise coffee chains in the greater Seoul area in an effort to contain the fast spread of the new coronavirus.

Under the plan that lasts until next Sunday, restaurants and bakeries can operate until 9 p.m., and only takeaway and delivery will be permitted from 9 p.m. to 5 a.m. 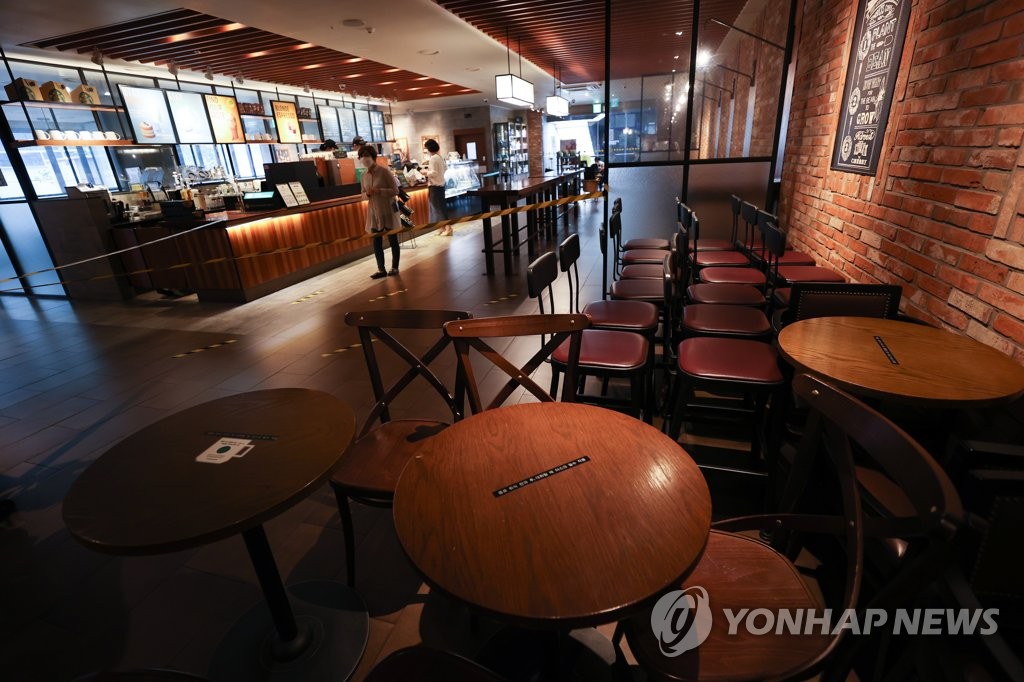 The move is part of the government's strengthened virus curbs in Seoul and the surrounding areas, home to half of the country's 51 million population, as the country is struggling to curb spiking virus cases.

On Sunday, the country reported 299 new COVID-19 cases, a drop below the 300 mark for the first time in five days. But the health authorities remain on high alert as the triple-digit daily increase continued.

Instead of raising the level of social distancing to the highest Level Three, the country unveiled stronger and "tailored" virus curbs Friday for vulnerable groups and risk-prone facilities, a move widely viewed as Level 2.5.

The government has been cautious about raising the social distancing guidelines to Level Three from the current Level Two due to the far-reaching impact on the economy.

In line with the stricter social distancing guidelines, coffee chain workers put their shops' chairs upside down to indicate they operate only for takeaway or delivery.

Some customers who frequent such coffee joints to study or read books shifted to bakeries that operate normally until 9 p.m.

Meanwhile, South Korea began to suspend the operation of indoor sports facilities, including fitness centers and billiard halls, in the wake of virus infections at indoor sports centers.

To protect the elderly from the risk of infection, visits to nursing homes and facilities will be banned.

In mid-August, the government raised virus curbs to Level Two in the Seoul region for two weeks and expanded it across the nation starting last Sunday.

Health authorities extended the current step for one more week in the wider Seoul region, as the number of new infections has not shown signs of easing. 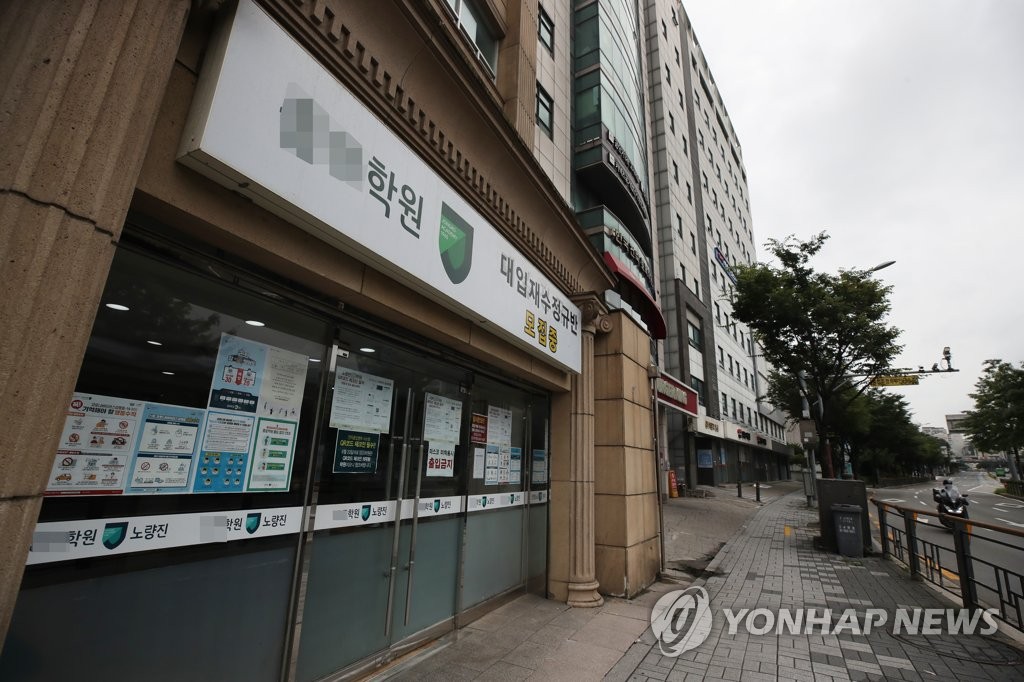