SEOUL, Aug. 28 (Yonhap) -- A group of South Korean doctors said Friday it has decided to launch a general strike starting early September in protest of the government's new policy that centers on increasing the number of students at medical schools.

The Korean Medical Association (KMA), which represents local doctors, said it has decided to launch an indefinite strike starting Sept. 7, expressing disappointment over the country's decision to submit a complaint against 10 trainee doctors who were refusing to return to work.

"If our demands are not met, we will stage a general strike starting on the day indefinitely," Choi Dae-zip, who heads the KMA, said.

Doctors on Friday entered the last day of their three-day nationwide strike in protest of the government's medical reform scheme despite a widened return-to-work order. 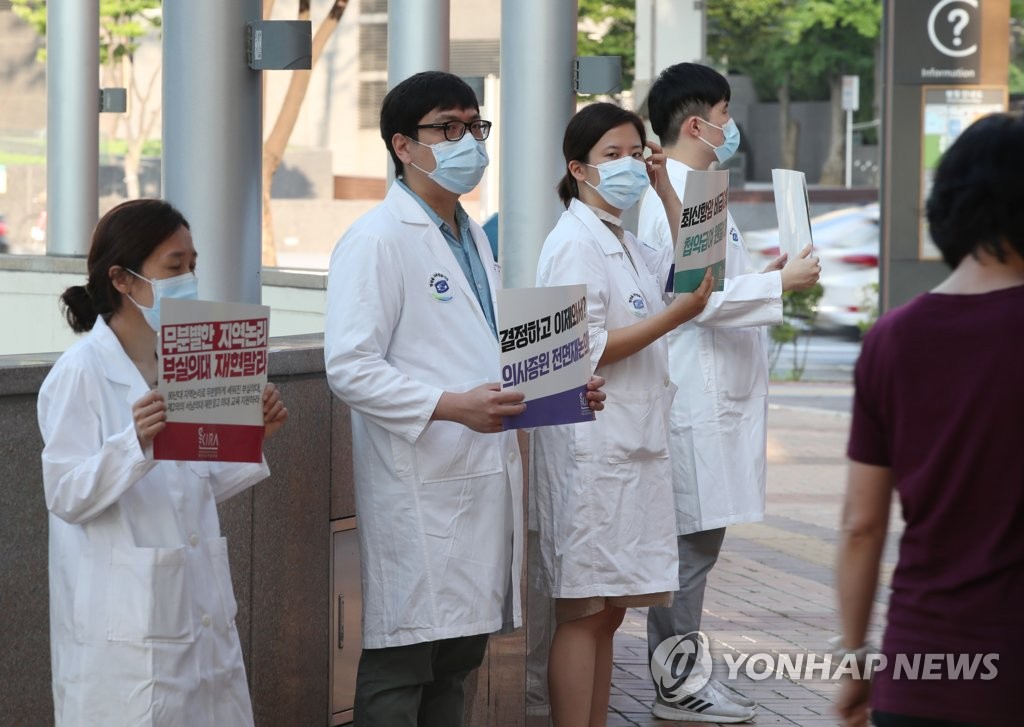 Earlier in the day, the government ordered not only trainee doctors in the wider Seoul area but all across the country to return to work, warning of possible prison terms, as their actions could cause major difficulties, with the country facing a spike in novel coronavirus cases.

The government also reported to police 10 doctors for violating the order issued earlier this week in the Seoul region, making good on its repeated warnings of strong legal action against those who failed to come back to hospitals.

Local doctors, however, say that increasing the number of new doctors will only lead to more competition among doctors and will not help ease the disparity in medical infrastructure among regions.