The planes, presumed to be Il-38 maritime patrol aircraft, entered the zone over the East Sea off Uljin, about 330 kilometers southeast of Seoul, on Friday afternoon without prior notice, the military officials said.

They stayed about 30 minutes before exiting toward Japan's air defense identification zone.

The Air Force responded with warnings and maneuvers to drive them out, they said.

The aircraft did not intrude into the nation's territorial airspace, according to the officials.

On Aug. 19, six Russian military aircraft, including two Tu-95MS strategic bombers, violated the KADIZ in the East Sea for about 20 minutes, prompting the Air Force to scramble fighter jets to turn them back. 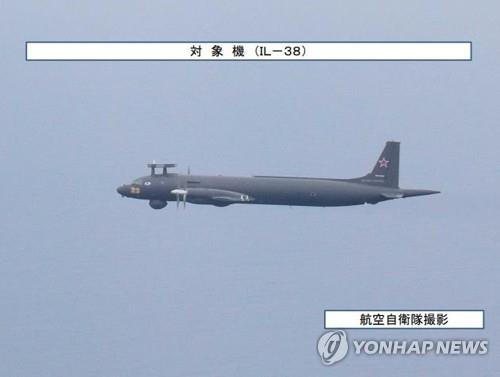