The Korean Medical Association (KMA), which represents some 130,000 doctors across the country, ended their three-day walkout Friday. But interns and resident doctors at general hospitals continued their action, and the KMA also vowed to launch an indefinite strike on Sept. 7 unless the government withdraws its new policies, including a plan to increase the number of medical students.

The government has ordered not only junior doctors in the wider Seoul area but all those across the country to return to work, warning of possible prison terms, as the country is faced with spiking novel coronavirus cases. 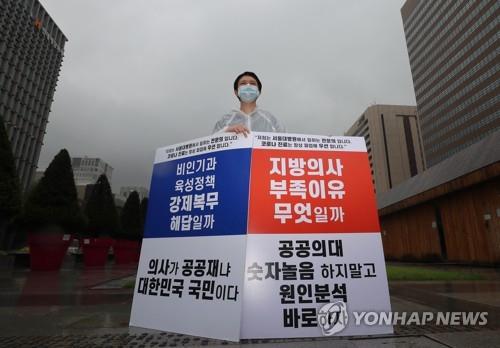 The Central Disease Control Headquarters said Saturday that it has conducted an on-site inspection into 10 training hospitals in the country and sent out the executive orders to 278 juniors doctors working at emergency rooms and intensive care units.

The Korean Intern and Resident Association (KIRA) representing the trainee doctors, as well as fellow doctors, at major general hospitals have said they will continue their walkout indefinitely unless the government reconsiders its plans.

The KIRA plans to hold an emergency meeting late Saturday night to discuss whether to continue its strike.

"We will decide on the future course of our collective actions at an emergency meeting at 10 p.m.," KIRA chief Park Ji-hyun said on social media.

The government said the percentage of trainee doctors that walked out Friday stood at 75.8 percent, it said, while that of fellow doctors came to 35.9 percent.

The walkout by practitioners at neighborhood clinics also caused some discomfort, but no major disruptions were reported due to the relatively low number of striking doctors, according to health authorities.

A total of 2,141 clinics in the country, or 6.4 percent, were closed Friday, it said. The figure is less than the 33 percent participation rate by practitioners tallied in the first walkout earlier this month. 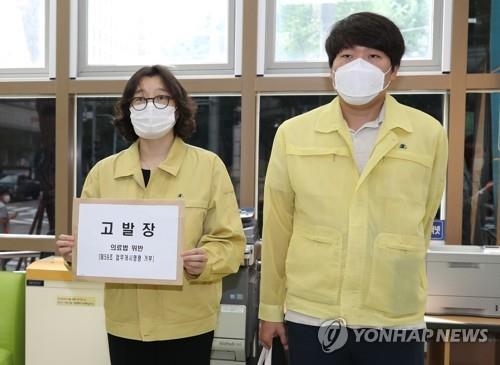