Typhoon Bavi passed through North Korea on Thursday, causing flooding and destruction in many areas, including its southwestern province of Hwanghae known as a major rice-producing region. Leader Kim Jong-un visited the province, calling for recovery efforts though he said the damage is "smaller than expected."

"Minimizing damage to crops is a urgent demand necessary to open the path toward self-reliance and self-prosperity," the Rodong Sinmun, the official newspaper of the ruling party, said in an article.

"It is a matter that should be prioritized and that cannot be delayed for any moment," the paper added.

Typhoon Bavi came as North Korea has already suffered from a double whammy of staving off an outbreak of the coronavirus and recovering from damage caused by recent heavy downpours.

Border closures put in place since early this year as part of anti-epidemic efforts have reportedly been taking a toll on the North's imports of key materials, including food. Recent flooding also hit its rice-producing areas hard, raising worries that its chronic food shortage problem could worsen.

A U.S. government report recently said that about 60 percent of North Korea's population is facing food insecurity as the global coronavirus pandemic appears to be taking a toll on the country's food supplies.

Meanwhile, North Korea is now bracing for yet another typhoon making its way toward the Korean Peninsula, putting the country on high alert against strong winds and heavy rainfall.

State media said that Typhoon Maysak, the ninth tropical storm of the season, will likely hit the country's eastern region, with its northeastern areas including North and South Hamgyong provinces likely to receive up to 200 millimeters of rain on Wednesday and Thursday. 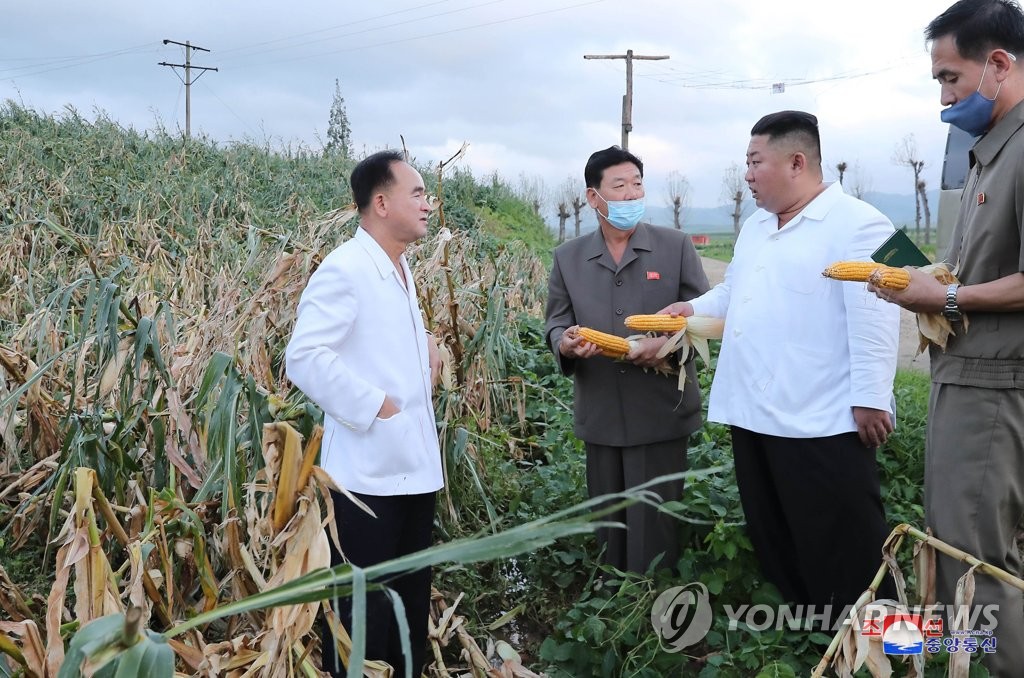