The season's ninth typhoon, packing wind gusts of up to 43 meters per second and pressure of 950 hectopascals, was traveling northward over waters some 270 kilometers south of the Japanese island as of 3 p.m., according to the Korea Meteorological Administration (KMA).

Its central pressure was 950 hectopascals, with the radius of maximum wind at 380 km.

Wind gusts of 40 meters per second or stronger can knock down a person and overturn a moving car.

The approaching typhoon, carrying heavy downpours and strong winds, is forecast to be more powerful than Typhoon Bavi, which hit the country last week. 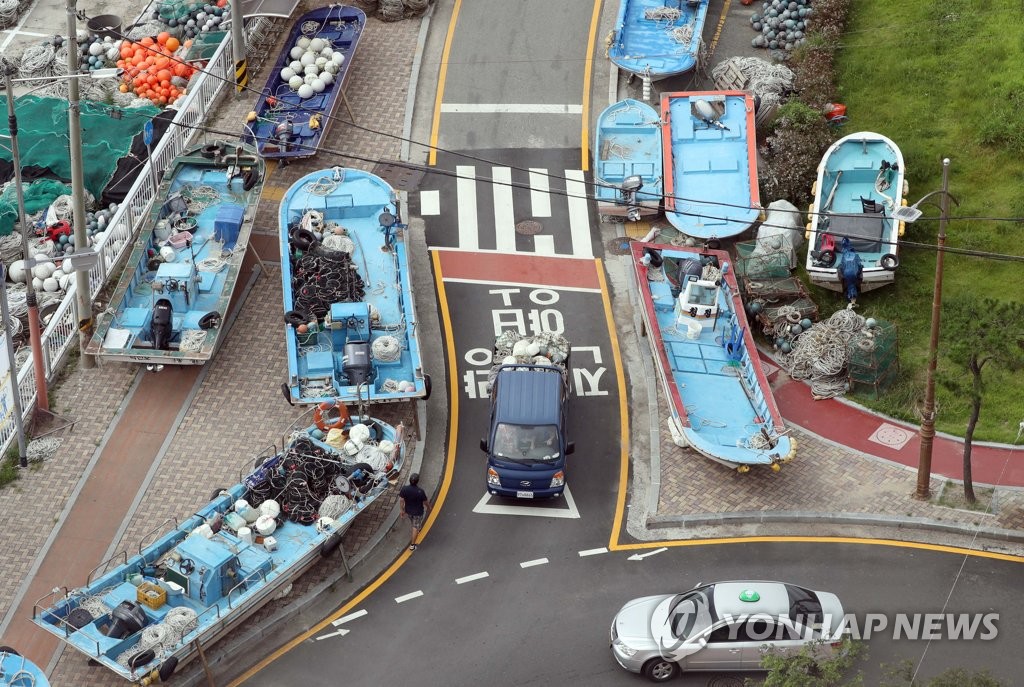 "Unlike Bavi, which had little impact on the inland area, much of the region will come under Maysak's influence when it passes near Busan," a KMA official said.

Maysak is expected to come closest to the southern resort island of Jeju on Wednesday night, and nearest to the peninsula hours later before it eventually moves to the East Sea on Thursday morning.

It will bring rains to Jeju early Tuesday and South Jeolla Province at night. Rain is forecast for the rest of the country on Wednesday afternoon, according to officials.

The weather agency said the typhoon's path is still subject to change, asking citizens to follow its updates. 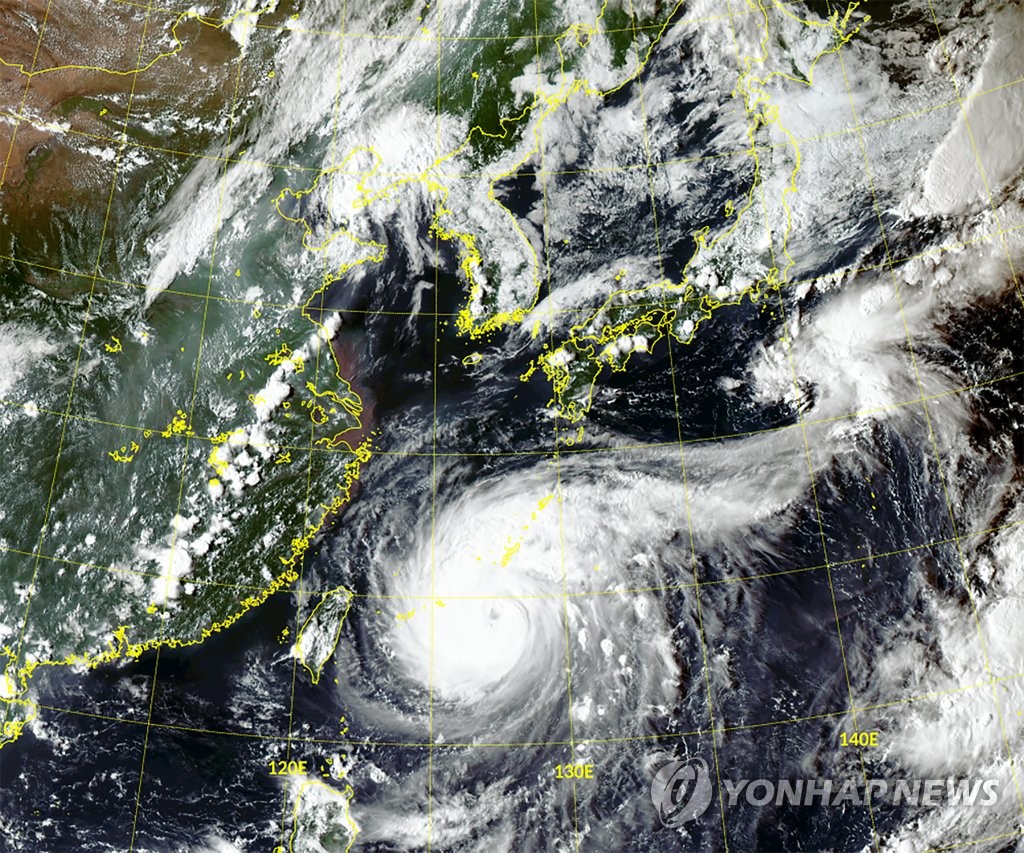