SEOUL, Aug. 31 (Yonhap) -- The number of daily new coronavirus cases in South Korea stayed below 300 for the second consecutive day Monday, but health authorities are keeping their guards up as sporadic cluster infections and a growing number of patients with unknown infection routes continue to put a strain on the country's virus fight.

The country reported 248 new COVID-19 cases, including 238 local infections, raising the total caseload to 19,947, according to the Korea Centers for Disease Control and Prevention (KCDC).

Monday's daily tally marks a sharp drop from 299 cases identified the previous day. But fewer virus tests over the weekend might have dragged down the number of new cases.

The country's daily tally of COVID-19 cases went down for the fourth straight day after it reached a near six-month high of 441 cases on Thursday. South Korea reported 371 cases Friday and 323 cases Saturday.

Still, the number of daily virus cases has stayed in the triple digits for more than two weeks. Since Aug. 14, more than 5,100 cases have been reported in South Korea, mostly tied to a conservative church in northern Seoul and the Aug. 15 Liberation Day rally. 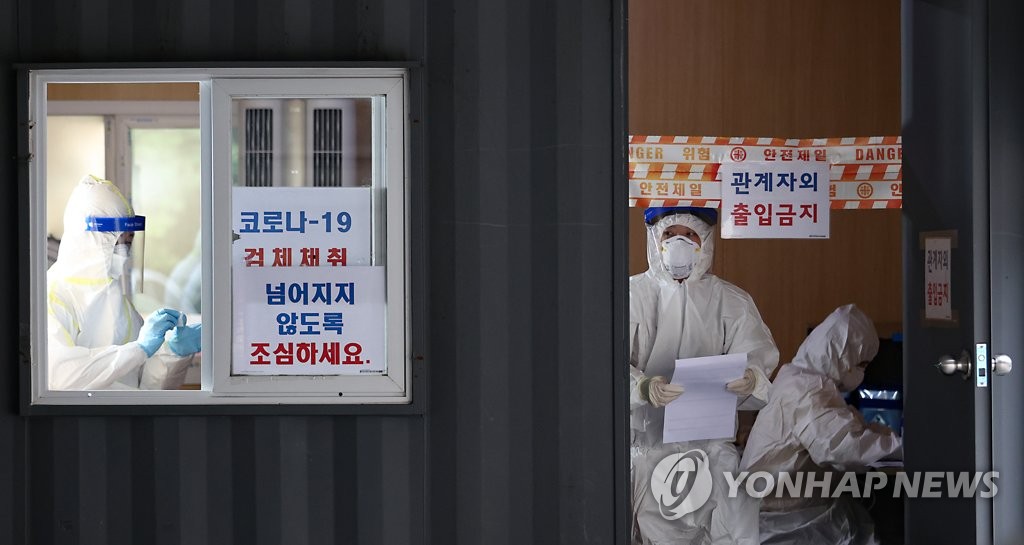 Of the 238 locally transmitted cases, 183 were identified in the capital area, home to half of the country's 51 million population. Seoul added 91 more cases, while the surrounding Gyeonggi Province and west port city of Incheon reported 79 and 13 cases, respectively.

Other major municipalities reported additional infections, with the southwestern city of Gwangju adding nine cases and the southern resort island of Jeju confirming five more cases.
So far, 1,056 cases have been traced to the Sarang Jeil Church in northern Seoul -- a hotbed of the recent spike in new infections. The church-linked cases also led to infections in at least 25 locations, with 74 cases reported in 10 different provinces and municipalities outside the greater Seoul area.

Also at least 399 patients have been reported from the Aug. 15 demonstration in central Seoul, with 185 cases identified in 11 different provinces and municipalities outside the greater Seoul area.
A church in Yeongdeungpo Ward, western Seoul, has so far reported 29 cases, while at least 31 cases have been linked to a theological college in Dongjak Ward, southern Seoul.

In addition to its Level 2 social distancing, South Korea strengthened antivirus curbs in the greater Seoul area Sunday to curb another nationwide spread of COVID-19. More than 70 percent of virus cases in the country have come from the nation's capital area in recent weeks. 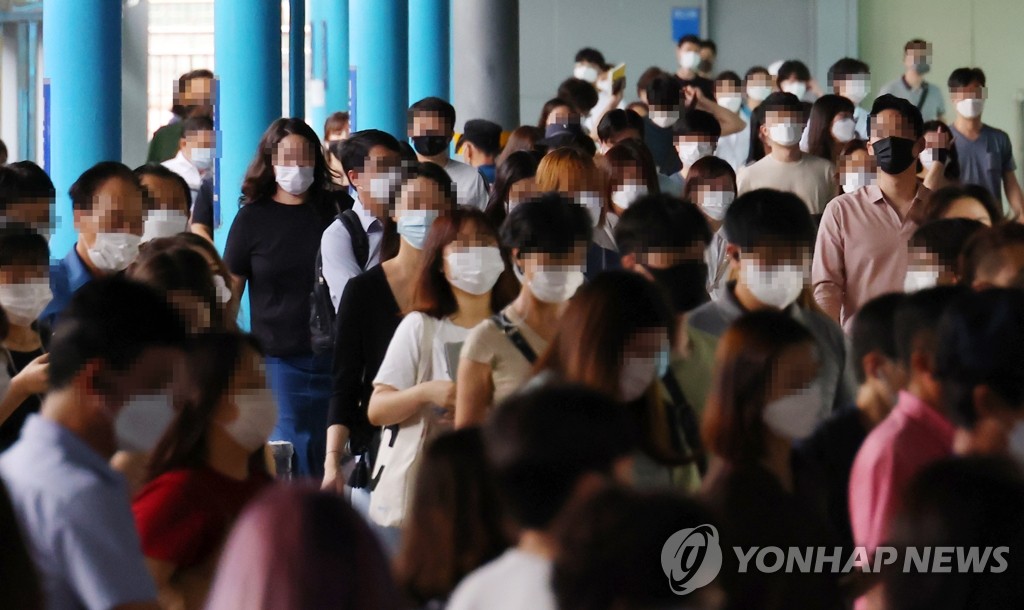 South Korea had been getting the virus under control, with the daily new cases staying in double-digit figures, until early August. But multiple cluster infections in the greater Seoul area, from churches to office buildings, started to break out simultaneously and undermined the country's quarantine efforts.

Health authorities said the country is on the brink of a nationwide pandemic and warned that daily virus cases may go up to 2,000 if the situation gets out of control.

According to a recent report from JP Morgan, a global investment bank, the country could see an additional 7,000 virus cases through early November.

Health authorities are particularly concerned over a rising number of untraceable cases. Of the cases confirmed between Aug. 18 and 31, a record 22.7 percent of them had unclear transmission routes, according to the KCDC.

"Our goal is to keep the downward trend of new virus cases," said Yoon Tae-ho, a senior health official. "Tightened antivirus curbs in the greater Seoul area, so-called Level 2.5 distancing measures, can be eased only if our quarantine system is assessed to have recovered its power to control the virus situation." 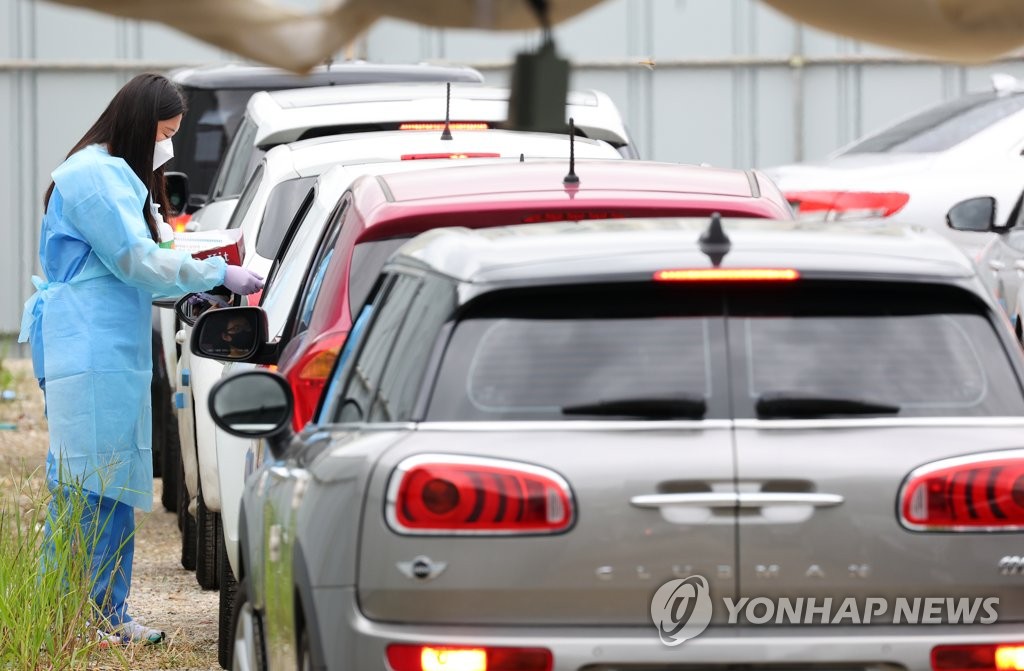 The number of newly identified imported cases stood at 10, with three of them detected at quarantine checkpoints at airports and harbors. The country's total number of imported cases is now at 2,823.

South Korea reported one more death from the coronavirus, raising the death toll to 324. Of the deceased, 315 of them had underlying diseases. The country's virus fatality rate is now at 1.63 percent.

But the country could experience more deaths from the virus as the number of critically ill COVID-19 patients reached 79, up nine from a day earlier.

The total number of people released from quarantine after making full recoveries stood at 14,973, up 70 from the previous day, with 4,650 people isolated for COVID-19 treatment, up 177 from a day ago.