SEOUL, Aug. 31 (Yonhap) -- At the end of July, the NC Dinos held a six-game lead at the top of the Korea Baseball Organization (KBO) standings, seemingly on cruise control en route to their first pennant.

The Kiwoom Heroes were in second then, but closer to sixth place than first place. The LG Twins, in fifth place, were just trying to stay in the playoff picture. Both clubs played sub-.500 baseball in July.

Over the past 30 days, though, the narrative has dramatically changed. As the teams near the century mark in games played, the Dinos are still in first place, but only by 1.5 games over the Heroes. 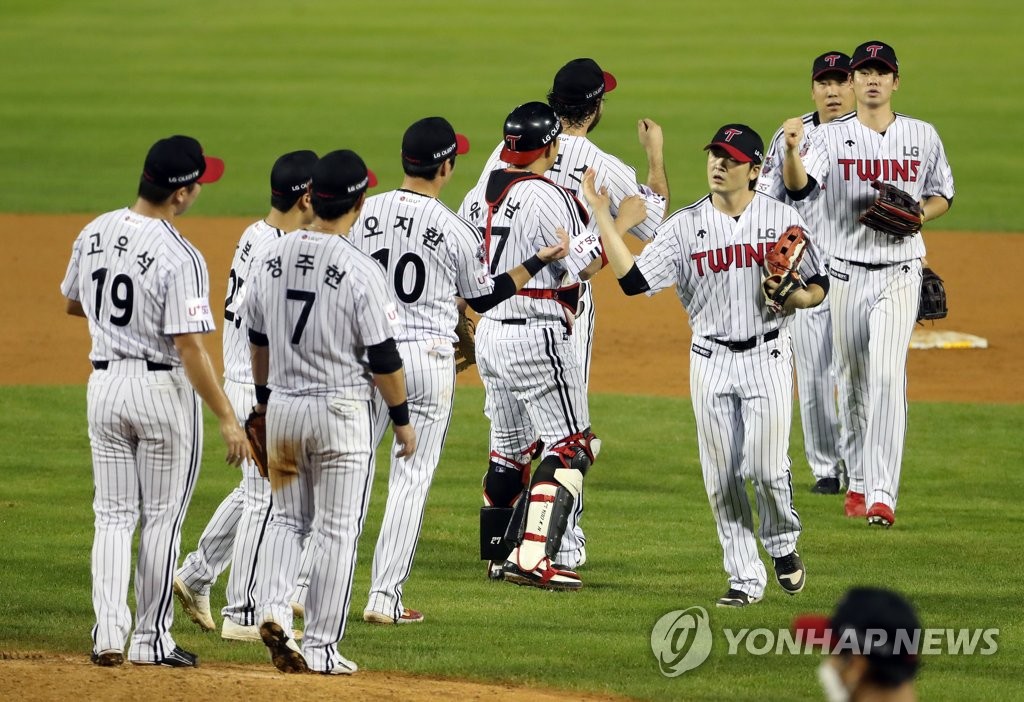 The Twins are two games back of the Heroes and they're enjoying the longest active winning streak with four.

The Dinos, though, finished August at 11-12, the first time this season that they failed to reach .500 in monthly winning percentage.

The Dinos mashed this month, posting the league's highest on-base plus slugging percentage (OPS) with .836. But their pitching staff ranked only sixth with a 5.42 ERA and seventh in walks and hits per innings pitched (WHIP) with 1.56.

The Twins, on the other hand, were among the league leaders in both hitting and pitching categories. They were tops with 33 home runs and second with an .818 OPS. Their 1.24 WHIP was the lowest in the KBO this month.

Individually for the Twins, slugger Roberto Ramos launched a league-high 10 home runs in August. He had nine combined in June and July. Captain Kim Hyun-soo also heated up in August, leading the club with a .362 batting average and the entire KBO with a .477 batting average with runners in scoring position. 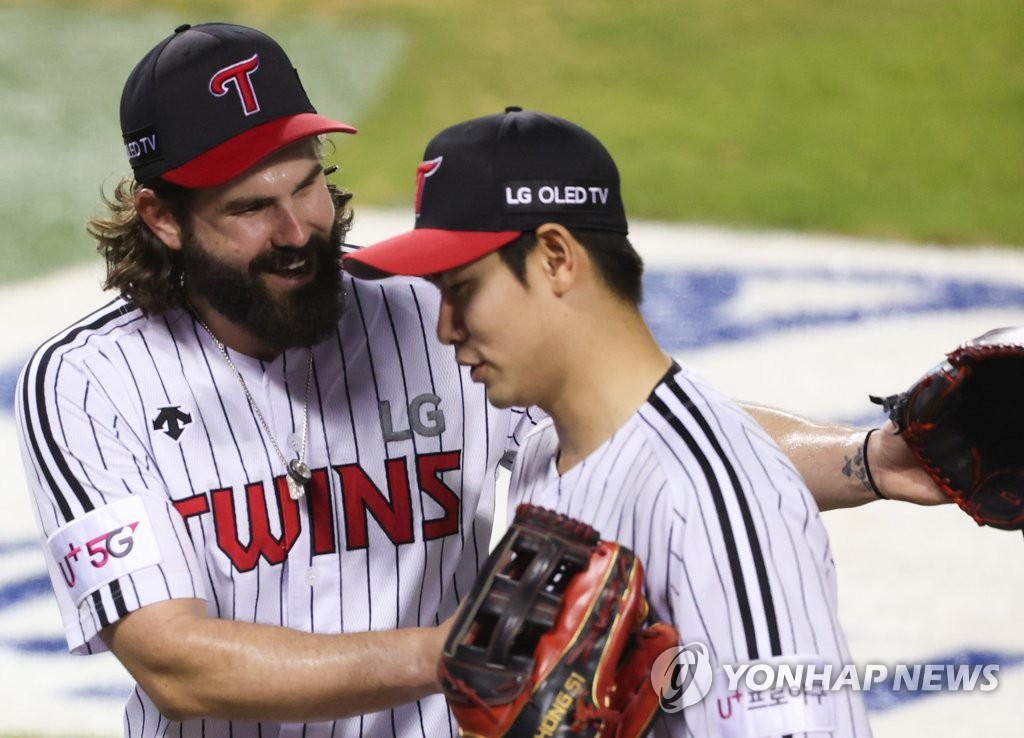 On the mound, the Twins' two aces from a year ago, Casey Kelly and Tyler Wilson, have rounded into form after sluggish starts.

Kelly had the second-lowest ERA in August with 2.25, and has a 3.81 ERA for the season, the lowest it's been the entire year. Most impressively, the right-hander held the Doosan Bears scoreless over six innings despite a 65-minute rain delay on Sunday. It was Kelly's first scoreless start since May 28.

Wilson's 3.52 ERA for August puts him in ninth place in the KBO. He had three quality starts -- at least six innings pitched with three or fewer earned runs allowed -- and his monthly ERA has improved in every month since the start of the season.

From the bullpen, closer Go Woo-suk locked down seven saves to tie for the league lead. He missed two months of action from mid-May to mid-July and was roughed up in the early going. The right-hander has settled down nicely, with just one earned run surrendered over 11 innings in 10 appearances in August. He struck out 14 and allowed just three hits in that span.

The Twins have been getting healthier as the season has progressed. The same can't be said about the Heroes, who lost three starting pitchers and two key position players to injuries in August, making their presence near the top of the standing that much more remarkable. 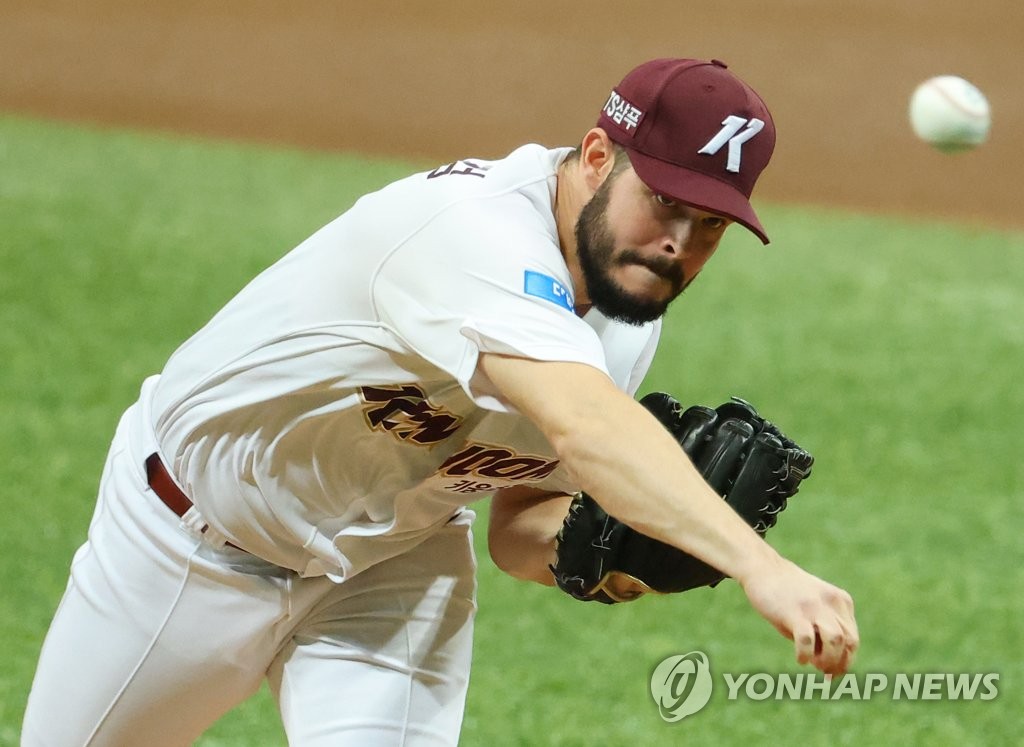 With Eric Jokisch, Choi Won-tae and Lee Seung-ho gone from the rotation, Jake Brigham has picked up the slack. Brigham himself missed some time with an injury earlier in the year and August was his first full, healthy month of the season. In his four most recent starts, Brigham has kept opponents to just four earned runs in 25 innings, with 24 strikeouts. Most encouragingly for the pitcher who earlier experienced elbow trouble, Brigham pitched a season-high seven innings in each of the last two outings.

They missed first baseman Park Byung-ho from their lineup, though, with 19 homers being the third-fewest total in the KBO for August. The slugger leads the Heroes with 20 home runs, but he'll be out at least another couple of weeks with a hand injury.

The KT Wiz, who posted the best winning percentage in July to jump into postseason contention, managed to stay there in August with a 13-10 record. They're holding down the fifth and final playoff spot, one game ahead of the Lotte Giants.

The Giants started August with a five-game winning streak, and a 14-8-1 month had them back in the battle.

The Kia Tigers, on the other hand, have somewhat faded, as a 10-15 August puts them 1.5 games behind the Wiz. 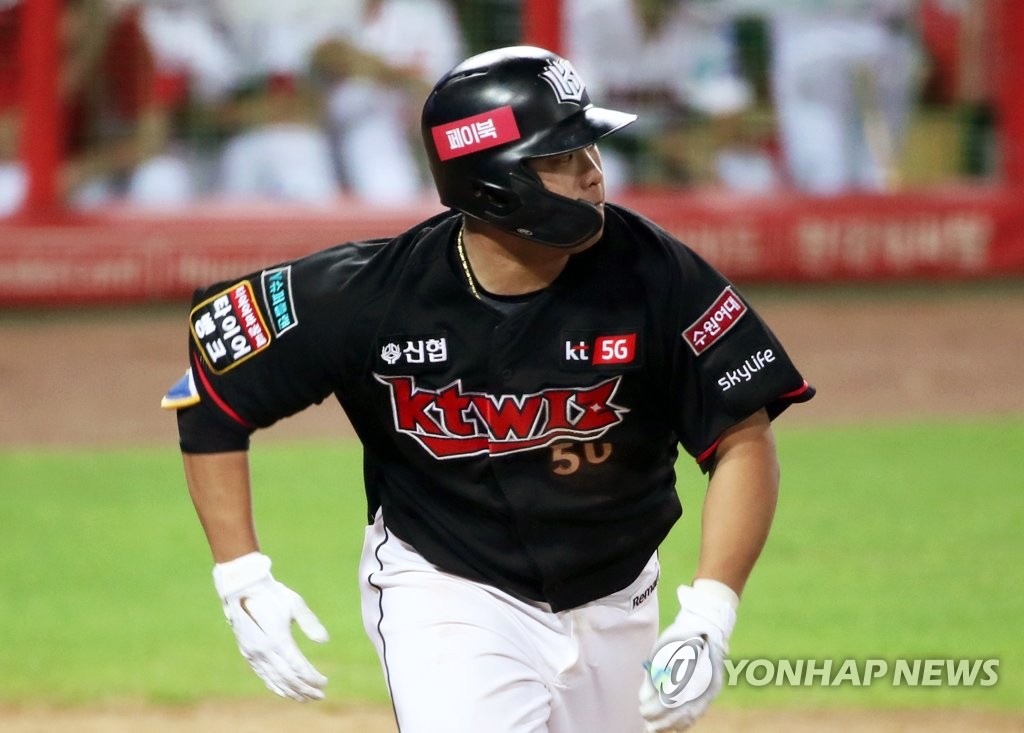 As clubs near 100-game mark in KBO, 2 clubs put pressure on top team in Aug.

As clubs near 100-game mark in KBO, 2 clubs put pressure on top team in Aug.