The new model of LG CineBeam Laser 4K, HU810P, will hit the shelves in South Korea no later than this year and will be sold in major markets in North America and Europe, according to the company.

LG said the latest projector will be officially introduced at its virtual exhibition booth for IFA 2020 this week. The Europe's largest tech expo kicks off Thursday.

LG expects the home cinema product to post strong sales as the pandemic sparked a stay-at-home trend. According to industry tracker PMA, the global home theater projector market is expected to grow US$1.3 billion this year to $2.2 billion in 2024. 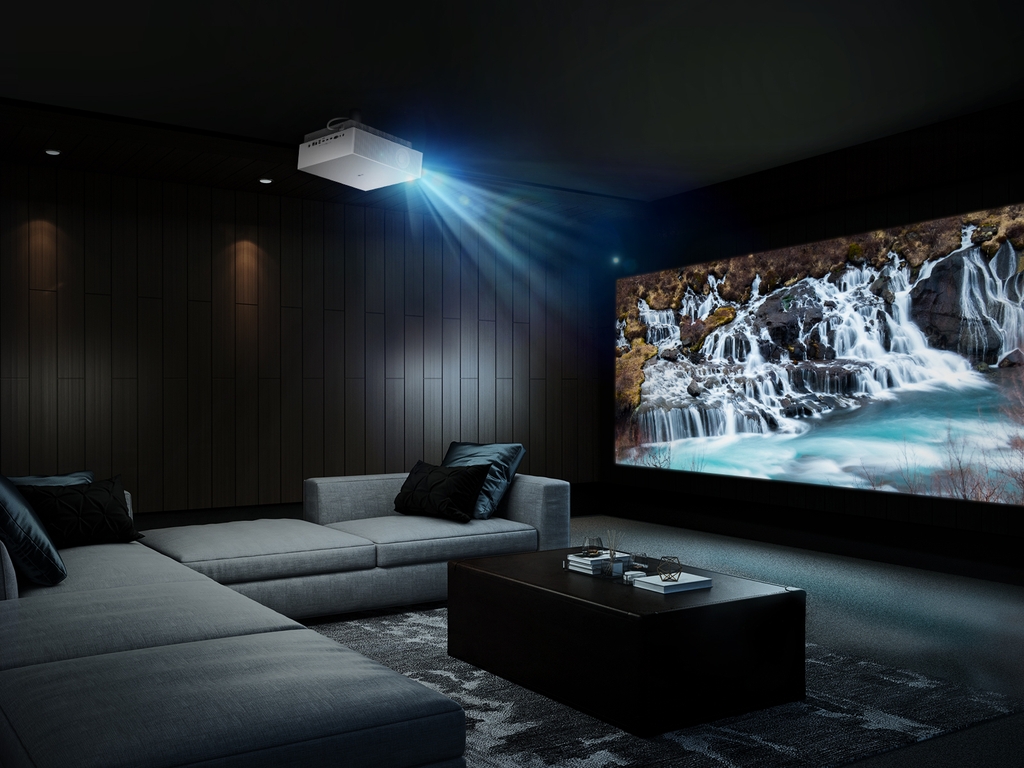 HU810P is equipped with LG's own technology that adjusts light intensity going through the lens. The company said the projector boasts a clear, vivid picture even in the bright space.

The product uses a dual laser system with red and blue laser light sources to deliver accurate colors, achieving 97 percent of the DCI-P3 color space. DCI-P3 is a wide color gamut standard set by the Digital Cinema Initiative, a group formed by the major Hollywood movie studios to define standards for the digital cinema system.

The projector's laser light source boasts a lifespan of approximately 20,000 hours of brilliance, it added. It can deliver up to a 300-inch picture with a maximum brightness of 2,700 ANSI lumens.