SEOUL, Aug. 31 (Yonhap) -- The looming second wave of the novel coronavirus pandemic has pushed South Korean film theater operators into a corner again, leading them to reduce payroll and shut down branches.

Lotte Cultureworks, the entertainment unit of retail giant Lotte Group, said Saturday that it will offer voluntary retirement to long-term employees of at least five years.

It is part of the company's restructuring efforts, including dismissals last month. 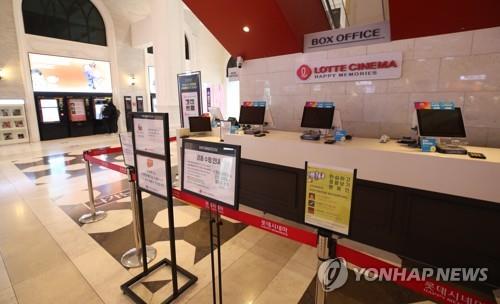 "We've making constant efforts to maintain employment through a cut in salaries of executives, unpaid leave, reducing working hours and shutdown of some theaters," an official from Lotte Cultureworks said. "But we've decided to cut jobs due to the prolonged fallout from COVID-19."

Earlier, CGV, an affiliate of Korean entertainment giant CJ Group, also tightened its belt to deal with a financial crunch stemming from the pandemic.

It offered voluntary retirement to long-term employees in March and closed a third of its operations nationwide for a month in April.

Recently, it decided to close a CGV theater at Incheon International Airport indefinitely, starting from Tuesday.

The move came as the South Korean movie industry has been experiencing the worst situation ever since end-February due to the coronavirus epidemic.

A total of 38 million people went to theaters in the first seven months of 2020, compared with 131.2 million tallied over the same period last year.

The combined revenues of movie theaters tumbled 70 percent on-year to 321 billion won (US$271.5 million) in the seven-month period from 1.12 trillion won last year.

The industry seemed to make a turnaround in July and August on the back of eased social distancing and releases of summer blockbusters.

As the zombie action film "Peninsula" and the crime thriller "Deliver Us From Evil" helped people return to theaters, the monthly box office rose to 5.61 million for July and 8.28 million in August, up sharply from 1.83 million for March and 970,000 in April.

But the upbeat mode was dragged down by a resurgence in new COVID-19 cases centered on the greater Seoul area in mid-August.

South Korea has reported around 300 new virus cases every day for weeks due to sporadic cluster infections, with a nearly six-month high of 441 new infections reported last Thursday.

Movie theaters are again losing their customers as about 100,000 tickets have been sold per day since Aug. 18, when the country tightened social distancing guidelines. Some 300,000 people went to cinemas per day in early August.

At the same time, big-name films targeting the upcoming fall season have postponed their release schedules to avoid the coronavirus-made slump.

The premier of the science-fiction adventure "Space Sweepers," one of the most-anticipated blockbusters in September, was put on hold, while the opening of the homegrown comedy-crime film "The Golden Holiday" was delayed.

The releases of Walt Disney's live action film "Mulan" and "The New Mutants," an American superhero film based on Marvel Comics, were also pushed back to mid-September. 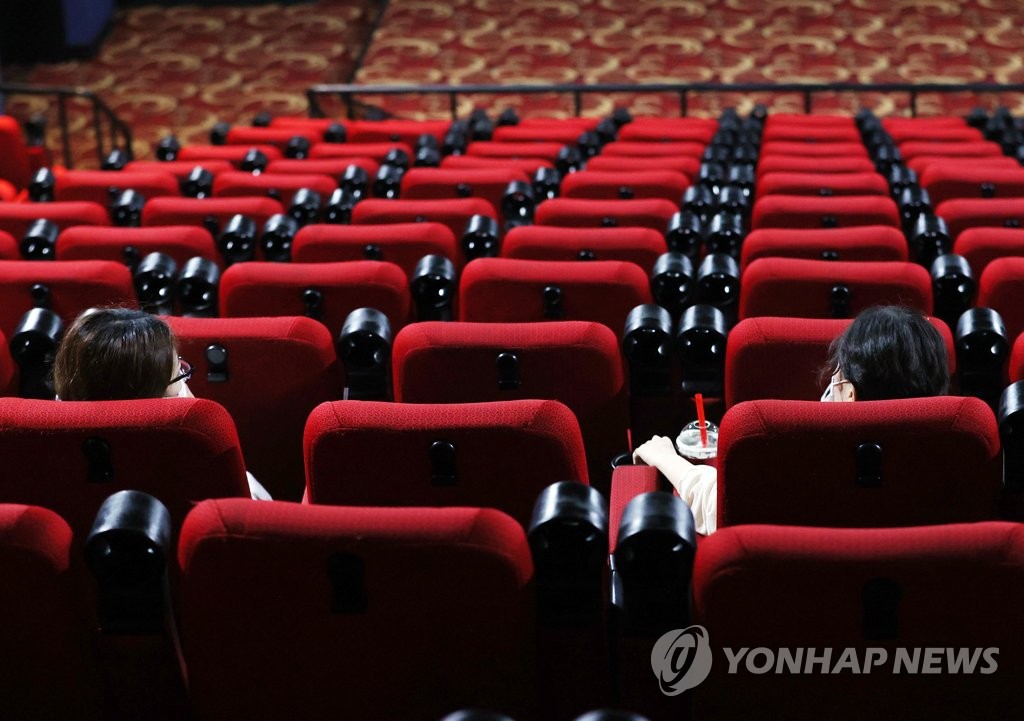