SEOUL, Aug. 31 (Yonhap) -- With their once-comfortable lead at the top having shrunk, the NC Dinos enter a crucial week in the Korea Baseball Organization (KBO) with consecutive games against the next two best teams in the standings. 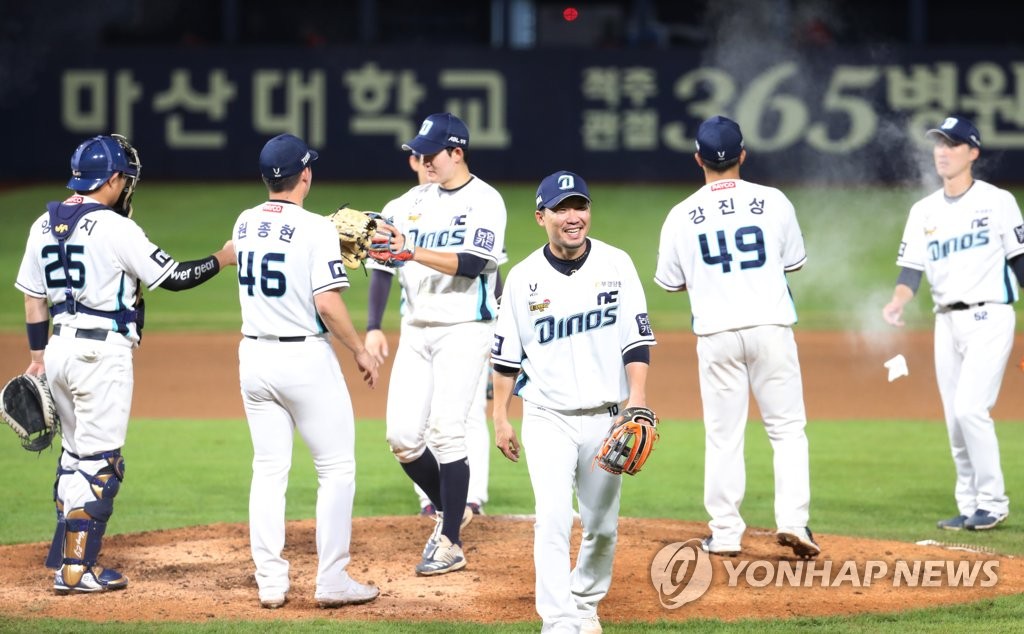 The Dinos held a six-game lead over the Kiwoom Heroes at the end of July, but the advantage is only 1.5 games now. The LG Twins, thanks to a KBO-best record of 16-8-1 (wins-losses-ties) in August, crept to within 3.5 games of the Dinos in third place.

The Heroes will host the Dinos for a two-game series at Gocheok Sky Dome in Seoul starting Tuesday. Then on Thursday and Friday, the Dinos will stay in the capital city to take on the Twins at Jamsil Baseball Stadium.

The Dinos have been 6-5 against the Heroes this year, but the Twins are the only team with a winning record against the Dinos this year at 4-2-1. 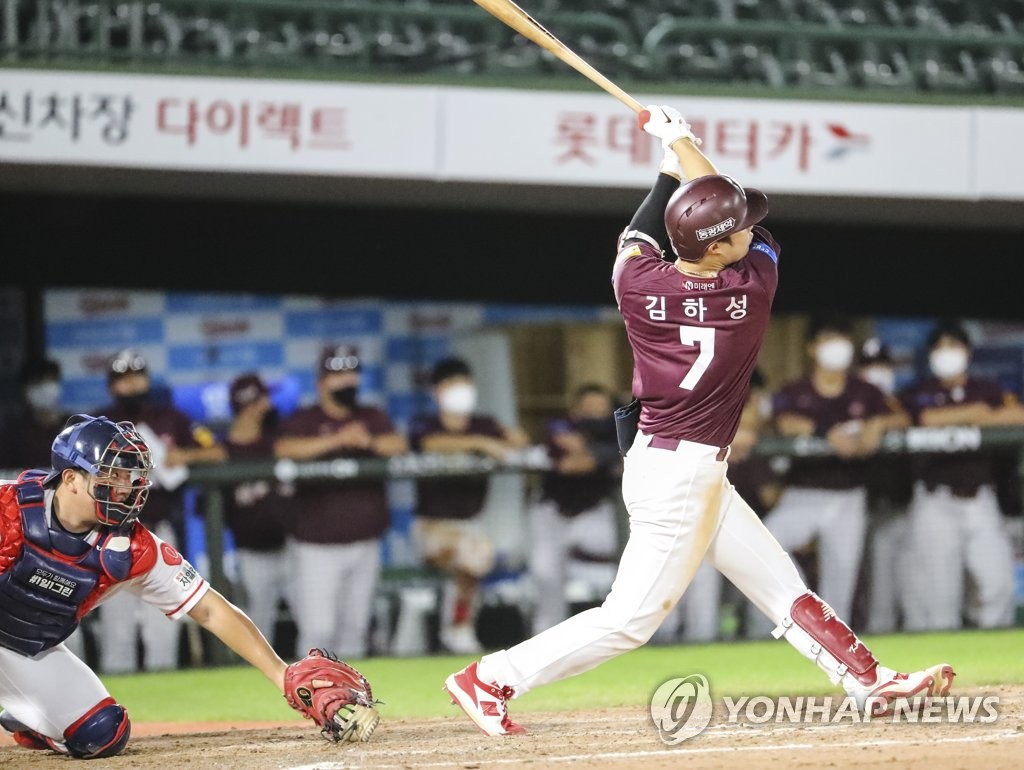 There could be a new club at the top at some point this week. The Dinos have been in first place every day since May 13.

The Doosan Bears have been somewhat lost in the shuffle, squeezed out of the top three after a 12-10-3 month. They trail the Twins by two games in fourth place, but will have the easiest schedule of the week among contenders.

The Bears will play the three worst teams this week: the last-place Hanwha Eagles on Tuesday and Wednesday, followed by the eighth-place Samsung Lions the next two days, and then the ninth-place SK Wyverns over the weekend. 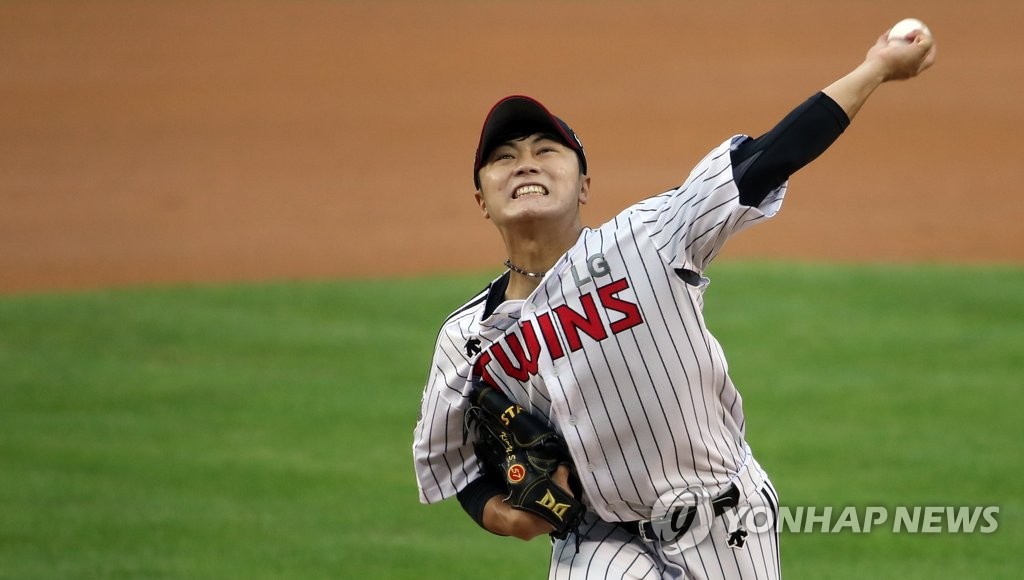 The KT Wiz, who have climbed to fifth place, will open the week by facing the team sitting one game below them, the Lotte Giants. The Giants have had the Wiz's number this year with a 7-2 head-to-head record.

The Wiz will then play the Wyverns three times over the next two days, with a double header scheduled for Friday. The Wiz will close out the week with two games versus the Heroes.

Once the Giants are done playing the Wiz, they will square off against the Kia Tigers, who enter this week just half a game behind the Giants in seventh.

Also this week, the Wyverns will welcome their manager Youm Kyoung-youb back to the dugout on Tuesday, when they host the Twins at SK Happy Dream Park in Incheon, 40 kilometers west of Seoul.

Youm fell ill during a game on June 25 and briefly lost consciousness. He had remained sidelined since, with bench coach Park Kyung-oan serving in the interim role. The Wyverns are 18.5 games out of the final playoff spot at 32-63-1, and they have 48 games remaining. 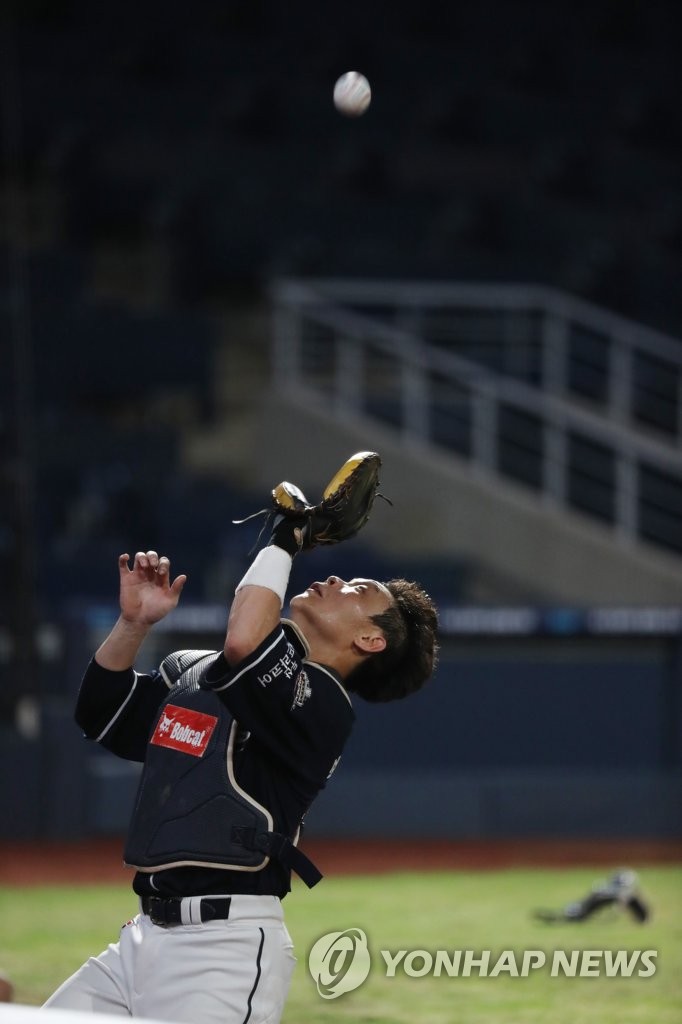 Crucial week ahead for KBO's top club, with games against challengers ahead

Crucial week ahead for KBO's top club, with games against challengers ahead