Surgeons at the Catholic University of Korea Seoul Saint Mary's Hospital decided to stop taking in outpatients and performing operations on Sept. 7, in line with an indefinite walkout planned by the Korean Medical Association. Treatment of emergency patients, critical patients and inpatients will continue, they said.

The medical association, which has more than 130,000 members, staged a three-day walkout last week and plans to launch another strike on Sept. 7, if the government does not withdraw its new policies, including a plan to increase the number of medical students.

Thousands of trainee doctors working at general hospitals have been striking since Aug. 21, and the Korean Intern and Resident Association voted Sunday in favor of an indefinite walkout.

Professors at the department of pediatrics and adolescents at the Saint Mary's hospital said they will take all available collective action, including resignation, if a single trainee doctor faces a disadvantage.

The government on Monday launched inspections of hospitals in areas outside the greater Seoul area as the head of the country's public health agency called for the doctors to end their strike amid the COVID-19 pandemic.

The health ministry said it was checking the situations of emergency rooms and intensive care units at hospitals during on-site inspections, and it plans to issue a back-to-work order to striking trainee doctors.

The ministry carried out two similar inspections of 40 hospitals across the country last week.

As of Monday, 83.9 percent of trainee doctors were out of hospital, higher than 75.8 percent tallied Friday.

The inspection came as the Korea Centers for Disease Control and Prevention (KCDC) called for doctors to end their collective actions, citing the grave situation over the coronavirus.

"We ask the medical sector to understand the grave situation of the virus pandemic and actively hold dialogue with the government," KCDC Director Jeong Eun-kyeong said in a briefing. 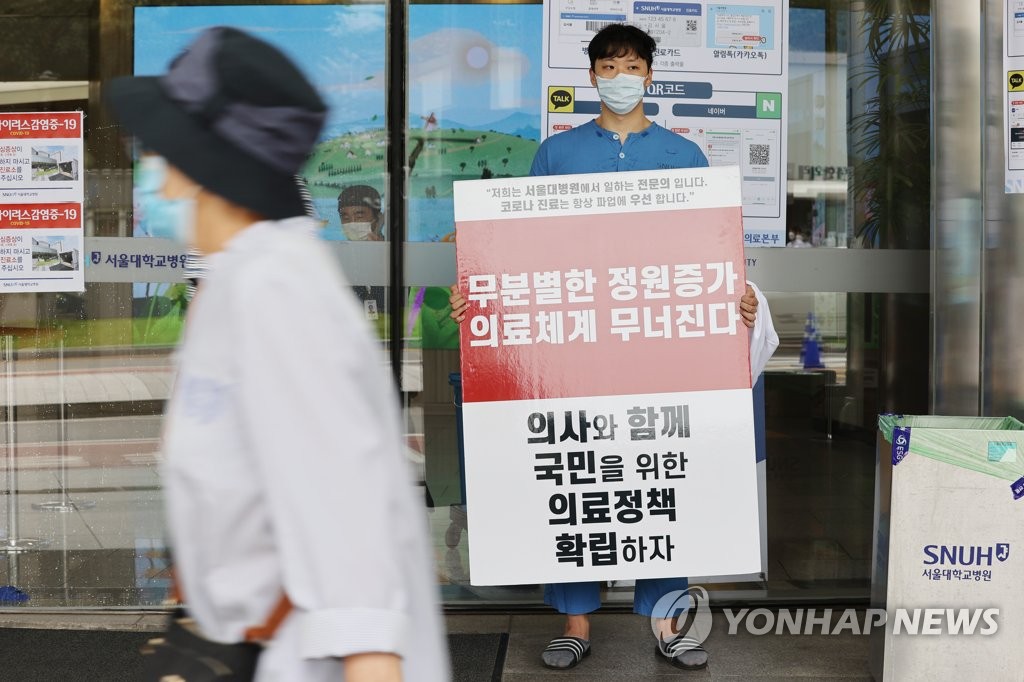 "We are calling on trainee doctors to immediately return to emergency rooms and intensive care units where critically ill patients are treated, regardless of the government's forcible actions," Yoon Tae-ho, a senior health ministry official, said in a briefing.

Their collective actions spawned concerns about disruptions in the health care system at a time when the country is struggling to contain spiking virus cases.

As part of the country's medical workforce reform plan, the government is planning to expand admission quotas at medical schools by 4,000 over the next 10 years, starting in 2022, and to open a new public medical school, as it seeks to broaden the reach of health care services.

Protesting doctors said the government's policy was made in a "hasty and unilateral" decision.

Meanwhile, the government decided to postpone the state licensing exam for medical students by one week to Sept. 8 -- just hours after it said it would press ahead with the exam as scheduled -- in an apparent bid to break the impasse over the strike.

The Korean Medical Student Association said 93.3 percent of 3,036 people who applied for the Korean Medical License Examination set for September and October canceled their applications in protest of the government's medical reform scheme.

Despite the postponment, medical students said they will continue boycotting the exams unless the government changes its policy plan all together.

"To minimize damage to medical students, the government decided to put off the scheduled test by one week," Vice Health Minister Kim Ganglip said in a briefing.

"The government took into account the high possibility that the massive boycott could hurt hospitals' capability to treat patients and hamper people's use of the medical service," he noted. 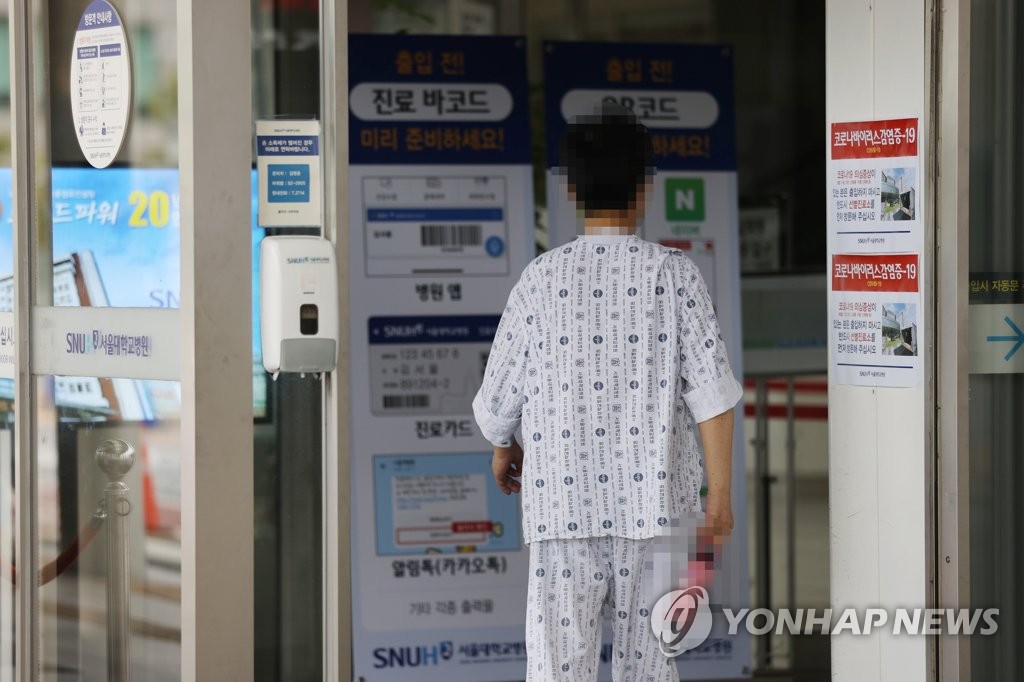