The two couples were heading home when their sport utility vehicle rear-ended a U.S. armored vehicle at around 9:30 p.m. near the Rodriguez Live Fire Range.

The occupants, all in their 50s, were pronounced dead after being taken to a nearby hospital and receiving emergency treatment including CPR.

One American solider sustained a minor injury and was taken to a hospital.

The SUV's engine was damaged beyond recognition due to the impact of the crash, while the armored vehicle's caterpillar tracks on the right side were damaged.

U.S. soldiers in the armored vehicles were on their way to their base in Cheorwon, Gangwon Province, after a drill, the police said, adding that the road where the accident occurred was frequently used by U.S. armored vehicles.

The police have requested an autopsy of the driver and were investigating whether the driver's taking over the wheel from another person minutes before the crash had anything to do with the accident. 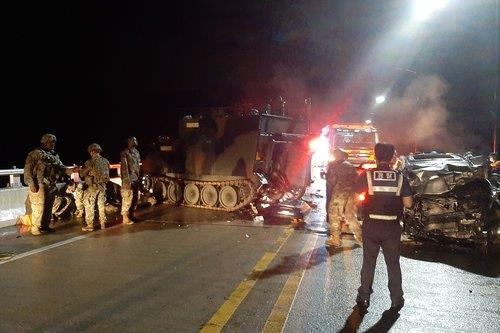 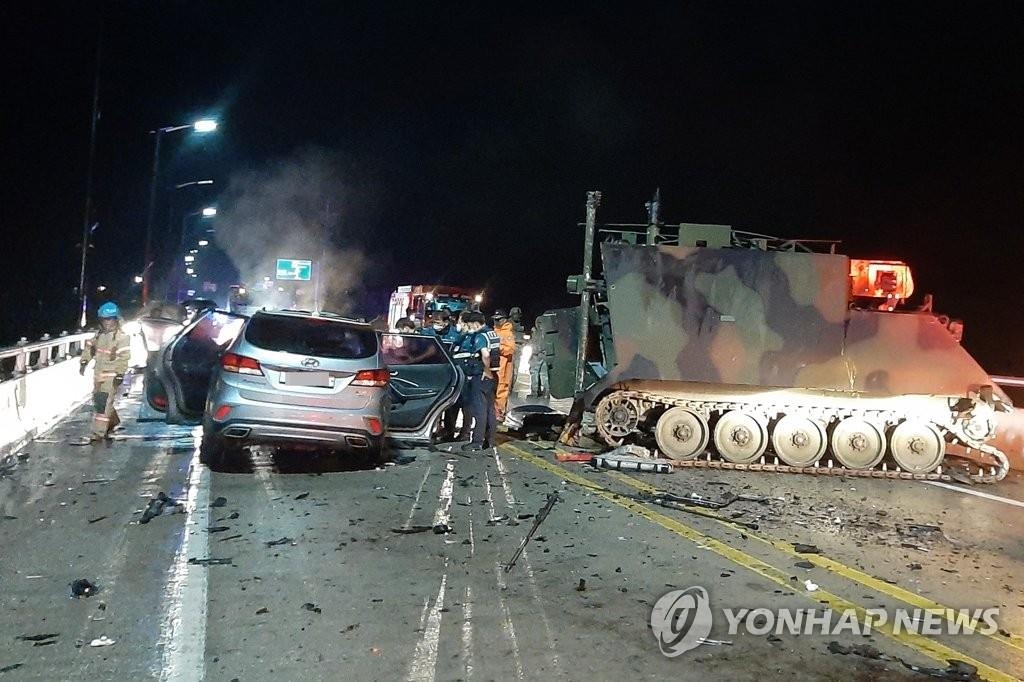 All 4 Koreans in SUV die after crash with U.S. armored vehicle in Pocheon

All 4 Koreans in SUV die after crash with U.S. armored vehicle in Pocheon